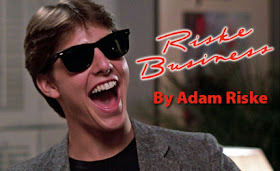 A few exceptions aside (see my picks at the end of this column), comedy sequels are awful. With Anchorman 2: The Legend Continues coming this month, I felt like it was a good time to dive into some reasons so many comedy sequels are unsuccessful.

I sincerely hope Anchorman 2 is an exception to the rule, but I am expecting the worst. 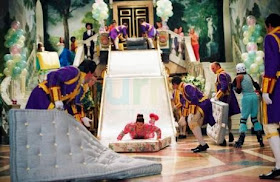 15. Really?
Comedy sequels have a tendency to feature all kinds of jump-the-shark moments that shit on the goodwill you have for characters from the original movie. An example is in Princess Diaries 2: Royal Engagement. I thought the first Princess Diaries was totally fine, charming even, and then the sequel rolls around and there’s a sleepover sequence with fucking mattress surfing. So many things wrong with this. Anne Hathaway is supposed to be gearing up to run a country and she’s cutting loose by mattress surfing? Is she a moron? Why would an adult woman want to mattress surf? Imagine if Obama did this to unwind. This makes me very upset. A first entry in a comedy series wouldn’t dare mattress surf; comedy sequels do this shit all the time. This sequence makes me embarrassed to be a human being.

14. They Push Their Luck
Every once in a while, a colossally stupid idea strikes gold financially (or works better than it has any right to) and rather than run from the poker table, the filmmakers ante up again to much diminished returns. Big Momma’s House comes to mind. They’ve made three of these. It’s the Before... series of drag comedies. Other examples include Look Who’s Talking, Friday, Crocodile Dundee and the 3 Ninjas quadrilogy. 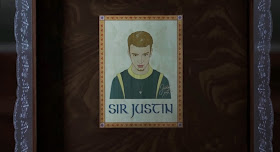 13. You’re Dated!
Ugh. Have you ever noticed how comedy sequels tend to go for the of-the-moment pop culture joke much more than the original did? Shrek is the worst for this reason. The original had its fair share of this sort of thing, but remember in Shrek 2 when they made that Sir Justin joke because Cameron Diaz was dating Justin Timberlake at the time? At least if you watched Shrek with your kid in 2013, you could just ignore The Matrix reference but you’re going to have to explain to your child what Sir Justin means. Have fun being an Us Weekly from 2004!

12. Characters are Too Specific
Certain comedies have characters that lend themselves to working only once. Wayne and Garth are funny the first time around, but once you’ve explored their metal love, the only place you have for them to go is Waynestock and repeat beats from the first movie (e.g. Christopher Walken in Wayne's World 2 is the same as Rob Lowe in the original). Or Harold and Kumar smoke weed. It makes sense for them to want to go to White Castle. But why would I care about them going to Guantanamo Bay? 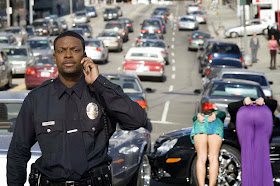 11. Wicked Humor Gets Mean
In many sequels to buddy comedies or cop movies, the wisecracking hero transforms into an insufferable dick. Examples include Det. Carter (Chris Tucker) in Rush Hour 3, who is now attacking women and making fun of them because they’re fat, or Eddie Murphy in Beverly Hills Cop 2, who would rather shoot somebody than use his intellect and bravado. The worst offender is king dingaling Mike Lowrey in Bad Boys II. No longer is Mike the wisecracking partner you want on your side; now he’s the sociopath who seems to be orchestrating his own final solution.

10. Callbacks and Desperate Connections
Remember how many traps Macaulay Culkin repeated in Home Alone 2? Or what about the dance sequence between John Travolta and Uma Thurman in Be Cool, the sequel to Get Shorty? They were calling back to a moment that didn’t even belong to their own series. That’s like me taking credit for the work of a vineyard because I threw up from the wine they made. 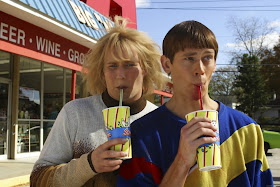 9. Adding to the Lore
Comedies should never have lore. Just have a little bit of a story and be funny. I don’t give a damn about where Curly got his gold (City Slickers 2) or how Harry and Lloyd got to be the way they are (Dumb and Dumberer). We were more than ok in the originals not knowing every freaking detail about how we got to where we are.

8. New Setting, Repeat Beats
Not much to say here, but you can’t just change the location and expect the exact same lightning to strike the exact same bottle. It makes everyone involved in the movie seem cynical and lazy. The most egregious examples are The Hangover Part II and Home Alone 2: Lost in New York. 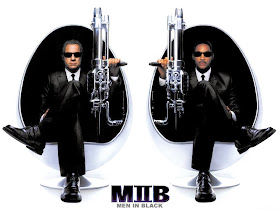 7. Fresh Take Becomes Formula
Remember how fresh and exciting Men in Black was even though it was essentially derivative of Ghostbusters? Comedy sequels almost always remove the spontaneity and exuberance that was evident in the original movie. That’s how you get a tired, generic Men in Black II. It can only be hip and new once before becoming old hat again. The original has the benefit of having its jokes come naturally from the world that’s being established. The sequel has jokes because the first one had jokes.

6. It’s the Performer, Not the Brand!
People liked Teen Wolf and The Mask because the lead performer (Michael J. Fox, Jim Carrey) was an audience favorite – entertaining, funny and engendering goodwill. The filmmakers behind Son of the Mask and Teen Wolf Too learned the hard way that the premise wasn’t THE THING. 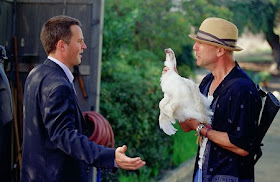 5. The Movie is an Excuse for the Cast to Hang Out
In other words, fuck you The Whole Ten Yards and Grown Ups 2. There’s almost nothing more irritating than an unwanted comedy sequel.

4. Bigger, Zanier Set Pieces
The series that comes to mind here is American Pie. When a comedy is a success, the filmmakers think that they have to go bigger in the sequel to give the audience bang for their buck. What they aren’t realizing is the in-between moments (the one-liners that are not part of the set piece) are what the audience comes back for. I don’t pop in the original American Pie so I can see Finch go number 2 or Jim to fuck a pie. Jim getting super glued in American Pie 2 may elevate the stakes, but it’s not twice as funny; it’s half as funny. Diminishing returns, yo!

3. They are Neutered for a Wider Audience
Comedies for grown-ups (not teenagers) are wonderful. That’s why it’s so disheartening for a solid R-rated comedy to vanilla up their brand of humor for a sequel in order to expand to kids. Why is Major League II rated PG? Kids don’t want to see grown-up ballplayers being idiots. They want to see kid baseball players being idiots. Major League II is a movie for no one. Another example is Blues Brothers 2000. Was any kid pumping their fist because the band incorporated an orphan? No, they weren’t, but a lot of adults were shaking their heads in disgust.

2. More Characters and Stupid Cameos
Comedy sequels seem to think cameos are so hilarious in concept that it doesn’t even matter that there is no joke. Haha, Tom Cruise shouldn’t be in Goldmember! And why do we need to Meet the Fockers? I like Dustin Hoffman and Barbara Streisand is fine, but do we need to have a whole other movie to explore how Jewish people act Jewishy sometimes? 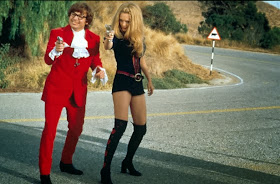 Here are my choices for the best comedy sequels:

See? They knew what they were doing! #FThisMovieFest2
Patrick Bromley at 12:00 PM
Share