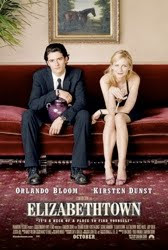 This list kind of speaks for itself, right? Let's f.

1. Steven Spielberg, The Lost World: Jurassic Park (1997) - Sure, it would have been just as acceptable to name Indiana Jones and the Kingdom of the Crystal Skull (because Mutt) or, to a slightly lesser extent, Hook (because Rufio). But The Lost World is such the work of a mercenary -- such a cynical, hateful movie -- that it stands out as Steven Spielberg's worst movie. It goes beyond Black Gymnast Daughter and beyond British Arliss Howard. Nearly every minute of The Lost World is terrible, and any critic who complained that the original Jurassic Park lacked any sense of wonder both a) was wrong and b) never saw The Lost World.

2. Brian DePalma, Mission to Mars (2000) - There are a lot of things wrong with Mission to Mars (or M2M if you're a studio head in the year 2000 or a total douche. "Same difference!" -- Bruce Vilanch). Jerry O'Connell is one of them. Tim Robbins' frozen space face is another. Mostly, though, it's the glacial pace from a director usually known for being lurid and pulpy and hugely entertaining. Also, a terrible ending that makes the climax of Contact feel like the Battle of Helm's Deep. I love Brian DePalma, but f this movie.

3. Robert Altman, Ready to Wear (Pret-A-Porter) (1994) - One of the few missteps on the second act of his career (post-The Player), Robert Altman's fashion world "comedy" features a running "joke" in which characters step in dog poo. There is literally no more that needs to be said.

4. Peter Jackson, The Lovely Bones (2009) - Roger Ebert has a theory that you have to be a truly gifted director to make a movie as bad as The Lovely Bones (when he said it, he wasn't talking about Peter Jackson or The Lovely Bones, but fuck you it applies). In that case, Peter Jackson is fucking Francois Truffaut. The Lovely Bones is bad in a truly special way. A way that only comes along a few times in a decade. It is the work of a madman trying to pass as a thinking, feeling human being with a firm grasp on the language of film. They should throw this movie into Doom Mountain! Because Lord of the Hobbits!

5. Billy Wilder, Kiss Me Stupid (1964) - How can a Billy Wilder movie starring Dean Martin as a womanizer, Kim Novak as a sex bomb and Ray Walston as a favorite martian -- written, no less, by Wilder and I.A.L. Diamond -- be bad? To be fair, it's probably only in comparison to Wilder's other movies. Still. Apologize, dead people.

6. Spike Lee, Girl 6 (1996) - Good job, Spike Lee. Your movie (sorry, joint) about a woman who embraces her sexuality as a means of empowering herself in a man's world is still very sexist and misogynistic. That could not have been easy!

7. Joel & Ethan Coen, The Ladykillers (2004) - This movie breaks my heart, as it's the only bad movie the Coen brothers have ever made (no, Intolerable Cruelty is not entirely bad). Tom Hanks is miscast, the movie is too self-consciously "dark" and it's basically a single joke repeated over and over. It does have one good line: "Waffles! We must have waffles forthwith."

8. David Lynch, Inland Empire (2007) - David Lynch's movies aren't for everyone, but Inland Empire is a movie for no one -- it alienates even David Lynch fans. Shot on digital video with no clear script to speak of and clocking in at about three hours (it feels like six), the movie is truly a challenge to get through. This is the result when a director is afforded the opportunity to indulge his every tendency. And by "every tendency," I mean "people in bunny heads."

9. Cameron Crowe, Elizabethtown (2005) - Speaking of indulgent. Cameron Crowe's 2005 romantic comedy/travelogue is ill-conceived on almost every level, from the casting of the two leads to the plight of the protagonist (he's a shoe designer who's suicidal after his latest design is a disaster, searching for meaning after the death of his father) to the last half hour of the movie in which Orlando Bloom drives around expressionless (because Orlando Bloom), learning about civil rights while listening to U2. The movie, which piles on the "cute" dialogue (badly delivered by Kirsten Dunst, who has a lot of qualities though 'likable' isn't one) and self-conscious but ineffective pop songs, feels like some alien approximation of a Cameron Crowe movie. It's been five years, and the failure of Elizabethtown still haunts Crowe; he hasn't made another movie since (though his next, We Bought a Zoo, is due some time in 2011).

10. Michael Mann, Public Enemies (2009) - Johnny Depp plays John Dillinger and everything's boring in Michael Mann's gangster movie, inexplicably shot on the same digital video the director used to good effect in Collateral and Miami Vice. In addition to pacing and storytelling, Mann also abandoned his usual slavish attention to detail; the movie gets most things wrong. That is not why I watch Public Enemies! That is why I watch Mobsters.
Posted by Patrick Bromley at 6:28 AM