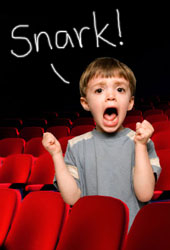 Pretty weak week (see what I did there?) for trailers.

I went to Paris on my honeymoon, and I can tell you, UNEQUIVOCALLY, that this is EXACTLY how Paris is at midnight. Except, the hotel rooms were tiny, Marion Cotillard was only my *dream* wife (#Mal), no one shopped at Dior, the Musée Rodin was closed, the first lady of France was nowhere to be seen, and the Butterscotch Stallion was absolutely delightful [read: less smarmy]. But otherwise, spot on.

Who can stop Paul W.S. Anderson from making movies? Anyone? Yes, you three gentlemen in the back?

Hobo with a Shotgun was originally a fake trailer made for Robert Rodriguez's South by Southwest trailers contest to promote the Canadian release of Rodriguez and Quentin Tarantino's double feature, Grindhouse. It won the contest, and was screened in some areas of Canada, but not here in the U.S. It's also is the second Grindhouse fake trailer to be turned into a real movie (following Machete). I'm not sure what else there is to say about this movie, except A.) it's already receiving "rave" reviews from its intended fan base, B.) it seems to know exactly what it what it is, and, as such, is critic-proof, and C.) I'm already exhausted. Don't get me wrong -- I support and enjoy these kinds of experiments (in theory). However, the whole enterprise seems ... tired? I've also heard rumblings of feature-length Don't and Thanksgiving movies. Again, those fake trailers were great and hilarious, but WTH? Enough already!
Posted by Patrick Bromley at 7:00 AM