15 Movie Stars Who Tried to be Singers 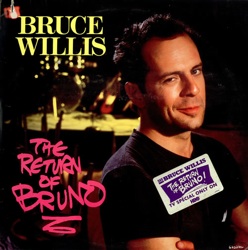 "Sh!#ting on the Classics" is off this week, so in its place please enjoy this list of movie stars who have attempted to branch out and shit on their own classics. And by "classics," I mean "music."

And, yes, before everyone starts writing in the comments that I forgot Eddie Murphy and Don Johnson and Jennifer Lopez and Life Goes On's Chris Burke, no, I didn't. These were all picked for a reason. FOR YOUR EARS.

A lot of people don't know that Toni Collette is also a recording artist, who released an album in 2006 with her band, Toni Collette & the Finish. That's because no one really knows anything about Toni Collette, because there's no real reason to. She is a talented actress. Not much more to it. Here, she walks on the beach and sings a sleepy song. Watch for Joel Edgerton running into the water.

When Kevin Costner released his three-hour post-apocalyptic sci-fi epic The Postman, he didn't just produce, direct, star and give out hope like it was candy in his pocket, he also SANG a duet with Amy Grant over the closing credits. The experience must have convinced him America was ready for more, because he started performing out with his band Kevin Costner and the Modern West. Their specialty is generic acoustic pseudo country, not unlike the music performed by Kevin Bacon (of the Bacon Brothers) or Dennis Quaid (of Dennis Quaid and the Sharks) or Gary Sinise (of the Lieutenant Dan Band [FOR REAL]) or Russell Crowe (of 30 Odd Foot of Grunts) or Billy Bob Thorton (of the Raging Assholes). If you're a white, middle-aged movie star, this kind of music must just write itself.

The baddest, toughest sonuvabitch to ever grace a movie screen recorded an entire album of calypso music, Calypso -- is like so... in 1957. It will be impossible to ever watch Out of the Past without quietly hearing "Day-O" in the back of my mind for the rest of time.

Ok, so Dane Cook is barely an actor. He's also barely a comic. But he's better at both of those than at singing. I can't believe he would release this song and hope that anyone will laugh at any of his jokes from this point FORWARD. (Yes, I know, you're going to laugh at everything he does from now on; good joke, everyone.)

Scarlett Johansson is pretty much written off as a laughing stock when it comes to music. Releasing an entire album of Tom Waits covers (2008's Anywhere I Lay My Head) was probably not the smartest way to be taken seriously, but is she really that much worse than Zooey Deschanel? People love that She & Him shit.

Robert Downey Jr. has a fine voice and everything, but this song and video (from his 2004 album The Futurist) sort of defines self-indulgent. Someone should maybe tell him he's not super awesome at everything.

This song and the accompanying video, from her 1994 album The Divine Comedy, is the better than all of the Resident Evil movies put together. The only thing better Milla Jovovich has ever done is, of course, Kuffs.

Released after Moonlighting had made him a star but before Die Hard blew him up (literally), the 1987 album The Return of Bruno was the ultimate vanity project for a then-insufferably smug and in-love-with-himself Bruce Willis. He's just a bartender from Jersey who loves old blues and R&B music and playing his harmonica, see? Not a rich movie star who's going to foist his mediocre covers on you whether you like it or not. This song, "Respect Yourself," made it to #5 on the Billboard charts, making Willis one of the more successful actors with an embarrassing musical side project.

Yes, the song is corny, but admit it: you were prepared for it to be the worst thing ever, and then surprised yourself by thinking "this isn't that bad." Seagal is a pretty accomplished guitarist, and though he hasn't yet conquered songwriting, he's definitely broken several of its bones.

I had the biggest crush on Alyssa Milano when I was 9 years old. This would have cured me of that.

I want to make a joke about how Anthony Perkins is responsible for murdering more than just Janet Leigh, but this song is actually the cutest thing I've ever heard. I'm just worried about how he broke the news to the prettiest girl in school that he's very gay. Also, WHO ARE THE PEOPLE TAKING THE TIME TO PUT THESE YOUTUBE VIDEOS TOGETHER?

Anyone who remembers Ryan Gosling performing the little ukelele song in Blue Valentine already knows he has some musical chops. He apparently records music under the name Dead Man's Bones. It's pretentious, but kind of good. Just like him.

Fine, Lucy Lawless, I WILL MARRY YOU.

Even if you don't listen to any of the rest of these, you HAVE TO HEAR THIS. The T-1000 really fucked up when he failed to kill John Connor.
Posted by Patrick Bromley at 7:24 AM