Watchin' Trailerz with Doug (May 4) 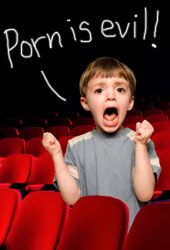 You guys. The Avengers opens today. Which means everyone's at the theater. Which means no one is reading this column. Which means Patrick won't even bother editing it (guy's like a modern-day Hays Code, he is). Which means I finally get to say what I've always wanted to say for as long as I've been writing for this blog. And that is (wait for it) ... San Dimas High School football rules!

Saw this trailer before The Five-Year Engagement last weekend (you are the MOST jealous), and ... it looks fine? Good? I'm on record as being a big Judd Apatow fan -- I even like his "failures." Although, actually, Knocked Up may be my least favorite movie of his, and that's what this film is the "sort-of-sequel" to (very clever, said nobody). I have faith, however, that Paul Rudd will continue being awesome at being Paul Rudd.

Yes! Why not? Eugene Levy costars in this (doing a "funny" voice in a "hilarious" costume, no less), and he never makes a bad movie (except for nearly every one of the movies he makes [seriously, what happened to that guy?]). I think the real Madea sat behind me the other night at the Patio Theater during a screening of 21 Jump Street. And that experience wasn't nearly as funny as this preview would have you believe. Finally, am I the only one who can't stop picturing Admiral Richard Barnett whenever I see Tyler Perry? What I'm saying is I'm excited for Star Trek 2 (known on IMDb as Untitled Star Trek Sequel).

This documentary looks more like a MOCKumentary, amIright? Still, I laughed at almost everything Will Arnett said. How can such a funny man star in such an unfunny sitcom like Up All Night? Riff man, riff!

A few new trailers for movies we've previously featured came out this week. Here they are (in no particular order):
EXTRA SPECIAL TRIPLE BONUS TRAILER!

I'm all out of my words. #dodougsjobforhim
Posted by Patrick Bromley at 7:55 AM