They Are Already Doing the New Star Wars Wrong 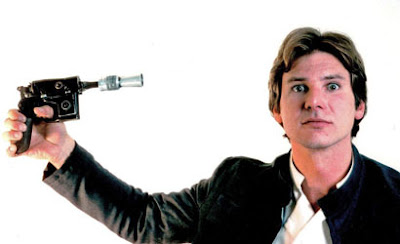 Meet the new boss, same as the old boss.

Listen. LISTEN. Disney buying Star Wars is old news at this point. And I'm in favor of it, even though I get a little bit nervous about the fact that one company is going to have a monopoly on every geek property (the circle continues to close now that JJ Abrams is at the helm of both Star Trek and Star Wars; nerd culture, like everything else in the world, is being absorbed by the same five corporations). But Disney has done a good job with Marvel so far, letting Marvel be Marvel and make interesting decisions like hiring James Gunn to make a Guardians of the Galaxy movie starring Chris Pratt. READ THAT SENTENCE AGAIN. That is a thing that is happening. So let's give them the benefit of the doubt.

Star Wars has been given a clean slate here. It's Under New Management, and taking the movies out of Lucas' hands instilled faith in the series' fans. Everyone had a New Hope (sorry) that things were going to be better this time -- or that, at the very least, it couldn't be worse than the prequels. Hiring Michael Arndt and JJ Abrams and Lawrence Kasdan (who co-wrote the best Star Wars movie) only helped bolster that newfound confidence. The people in charge seem to know what they're doing. More importantly, they seem to want to do things right.

Most of that came crashing down with the announcement that two of the planned spinoffs would be Boba Fett: The Movie and The Young Han Solo Adventures. Clearly, no one has learned any of the right lessons. This is the prequels all over again. This is the fan fiction approach to filmmaking. This is about picking the two most beloved characters in the Star Wars universe and exploiting them further for ticket sales. Knowing more about Boba Fett will not make him a more interesting or dynamic character. It will have the opposite effect. Lucas already proved his when he explained the character's "origin" in Attack of the Clones. Apparently, Boba Fett became a bounty hunter because he saw his father, Jango Fett (the "D" is silent and also nonexistent), beheaded. This made him want to be a bounty hunter. When I was a kid, if I saw my dad get beheaded while managing a grocery store chain, I probably would have decided that managing a grocery store is dangerous, behead-y business and actively choose a different career path. That's me. The point is that just because Boba Fett looked really cool while standing around in Empire and then got killed off like a pussy in Jedi does not mean we want to know more about him. It's stupid, reverse-engineered thinking, and it's ruining not just geek culture but movies in general. 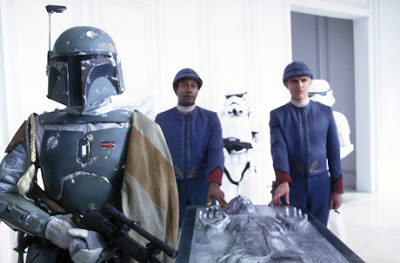 Patton Oswalt has a whole routine on the prequel trilogy in which he says it best: "I don't want to know where the things I like come from. I just want to like the things I like." He compares it to being offered ice cream but being handed a bag of rock salt. I can't make it any clearer than that.

Clearly, no one at Disney has heard the Patton Oswalt routine. And they NEED TO HEAR IT.

We can all agree that Han Solo is the best. It's not really an opinion. It's science fact. Until Return of the Jedi gave him nothing to do but stand around and mope and watch Carrie Fisher do stuff, he was the most interesting character in the whole Star Wars universe. What would a Han Solo prequel hope to accomplish? Do we want to see how he became such a lovable rogue? Do we need to see him meet his Wookie BFF? "Han Solo, meet Chewbacca. Chewbacca, meet Han Solo. I have a feeling you two are going to have a lot to talk about." Should we see him acquire the Millennium Falcon, or owe Jabba the Hutt a bunch of money? Would any of that increase your enjoyment of his character in the Star Wars series? Let me answer for you: it would not.

I'm being negative about movies I haven't seen. Movies that haven't been made yet. Movies that haven't even been written yet. So that's not fair, and I should reserve judgment until these movies are released and I have seen them. I don't like to prematurely shit on things. But this seems to be the time to speak up and make it known that this might not be the best path to go down. If you are a Star Wars fan, you are probably excited about the prospect of new Star Wars movies. That's great! But if the prospect of a solo Han Solo (GET IT?? Please don't just call it Solo, because Mario Van Peebles has BEEN THERE, DONE THAT) or Boba Fett movie sounds like a good idea to you, let me ask you to name an example where that has ever worked out. 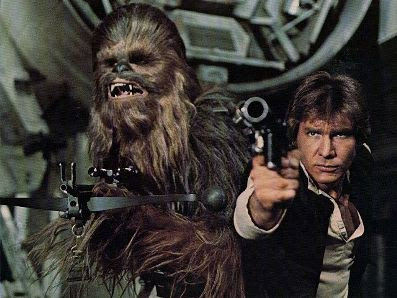 I know that I'm in the minority in that I don't really need a new Star Wars movie every other year. The prospect of these standalone spinoffs doesn't interest me much more than the fact that we're getting new chapters in the series' proper continuity. So maybe I'm not the right guy to chime in. But at least the first one to be rumored (and then quickly denied) was a Jedi take on The Seven Samurai directed by Zack Snyder. I know that Snyder is a polarizing figure (I lean towards being a fan, because I've liked three of his five movies), but at least that sounds like a cool idea -- the series has borrowed so much from Asian cinema (specifically Kurosawa) already that this just seems like the logical extension. It also hinted at an original (ok, close enough) movie that just happens to be set in the Star Wars universe, and offered a unique filmmaking voice the opportunity at doing a Star Wars movie without fucking with the series proper. I'm on board with all of these things. I think it would be great to get different takes on Star Wars without directors being constrained by elaborate continuity and trade federations and sand that is rough and coarse. Instead, the first place that these one-offs will go is right back to the original series and to filling in back story that we don't need.

They're handing us more rock salt.
Posted by Patrick Bromley at 2:23 PM