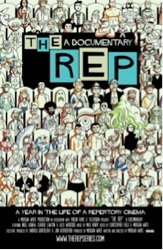 Back in May, I had the opportunity to see a documentary called The Rep at one of Chicago’s rep houses, the Patio Theatre. It still is my most interesting movie going experience of the year. First, The Rep is an amazing documentary which has catapulted up my personal list of favorites in the genre. The movie speaks to me very personally because repertory movie theatres are a topic I am passionate about. 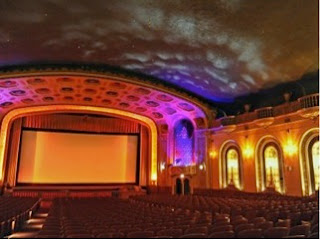 The experience of seeing The Rep at the Patio was exciting but ultimately sobering. Here is this excellent documentary that I saw in a beautiful old theatre which seats 1,000 people and the movie drew 6 people, including myself. It played for three showings – one on a Saturday (which I attended), one on a Sunday and a closing show on a Monday (which I also attended in fear that I would NEVER get to see the movie again). The third screening drew 7 people. This made me sad, because I desperately wanted to talk to fellow movie fans about this documentary. And I couldn’t.

Personal aside, I dislike when movie sites or podcasts have a year-end top 10 lists and 8 of the 10 are movies YOU have no chance of ever seeing, mostly because they played at an uber-art house theatre for one showing back in February and are about corrupt police men in Romania who eat soup. Not saying these are bad movies, but if your readers can’t see them, why bring up how wonderful they are? Thus, the dilemma I had with The Rep. I didn’t want to be that guy, but I wanted to tell all of you about this movie. What to do?

Luckily, The Rep has a web site (www.therepseries.com), and through that site I was able to get in touch with the movie’s writer/director, Morgan White, and start an email conversation. We talked about the possibility of the movie coming on VOD and I asked for an interview (which Morgan graciously accepted and will run this afternoon on F This Movie!). After a few months, Morgan announced that The Rep is going to be available on most On Demand services* as of September 3rd. So here we are. You can see The Rep right now and I finally feel like I’m in the place where I can share 2013’s best-kept-secret movie.

So what is The Rep? 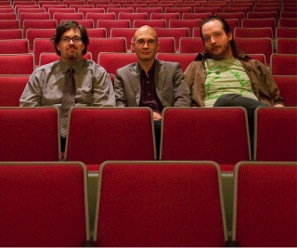 The Rep began as a five-part web series (which can be seen on the movie’s web site) centering on the Toronto Underground Cinema. The film follows the lives of three film geeks -- Alex, Charlie and Nigel -- during the first year of operations at a single-screen repertory cinema. In the face of strong competition from big box theatres, local cinematheques and home video, it’s a constant struggle to stay afloat. The Rep also broadens out to feature other rep theatres in North America, including The Alamo Drafthouse in Austin, The New Beverly Cinema in L.A. (saved by Quentin Tarantino, as if you needed another reason to like him) and The Red Vic in San Francisco. This section of the documentary covers the history of repertory theatres and the passion of movie lovers to keep these theatres alive in the ever-changing film exhibition climate. The question is: will a greater audience recognize their cultural value before it’s too late? 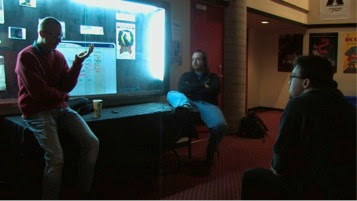 To anyone like myself, who has daydreamed about owning and programming your own movie theatre, here is the realistic take on that fantasy. The Toronto Underground Cinema faces challenges from day one: should second-run rep programming be used as the main platform or as a stop-gap for first-run programming? Will social media support for a series like Good Canadian Cinema Week translate into attendance and box office? Will special events (like a screening of the 1966 Batman movie with Adam West in attendance) pick things up for more than one night? How can a theatre consistently secure 35mm prints as studios move away from film to digital? How many people do you need to get through the door to have a profitable evening running on second-run programming? How do you get people into a theatre with limited signage because the theatre is in the basement of a condo building? All of these challenges are covered in The Rep. 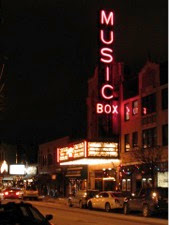 The movie wisely demonstrates (not preaches) why the headaches of the last paragraph are worth the effort. One programmer in the movie had a quote that really stuck with me. “This is your dream to do this. It isn’t everybody’s dream to be here.” Repertory theatres depend on knowing their communities to thrive. The sequence involving a San Francisco rep theatre’s closing night is especially sad, because it shows how The Red Vic is now selling out for consecutive nights (screening Harold & Maude) when they couldn’t sell out for months before word got out that the theatre was shutting its doors. It’s an especially frustrating scene because the theatre operators are thanking a theatre full of the same people, who through prior indifference, kind of put them out of business. You can’t tell if the audience at The Red Vic were there to sincerely say goodbye or to view a closing like you would slow down to glance at a car accident. This sequence breaks my heart. But others lift my spirits, like a frequent patron of the Toronto Underground Cinema named Andy who was suicidal and through a double feature of Timecop and Army of Darkness, followed by a chat with Charlie in the box office, felt well enough to continue on. This is why I never chuckle when JB calls the Music Box “the happiest place on Earth.” Because any film lover, even if they don’t 100% mean it, still really means that kind of a statement. I’ve had many evenings myself where I went to a rep theatre (while bummed out) and felt a lot better, even if the movie I saw was something ridiculous like The Room.

The genius of Morgan White’s movie is that he allows you to become personally invested in Alex, Charlie and Nigel’s enterprise. Over the course of the year, you’ve seen all three men grow as film fans but, more importantly, as business people. You understand the sacrifices these men are taking in their personal lives to keep the legacy of cinema going. I see these three as heroic in a way. 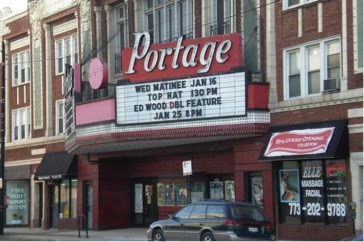 I am personally passionate about repertory cinema for a specific reason. They are my syllabus. When I was in college, I took elective courses called Hollywood I and Hollywood II. During my senior year, I was exposed to some great movies for the first time, including F.W. Murnau’s Sunrise, Robert Wise’s Odds Against Tomorrow and Nancy Savoca’s Dogfight. After college I was chasing a new syllabus, which I found in the Music Box, Patio and Portage (RIP) theatres. These establishments pointed me in the direction of so many classics as well as some good old-fashioned oddities that I am glad to have had the opportunity to see. I got to see stylized versions of what the world was like in the 1920s, 1940s and 1960s, learning about culture and attitudes I’d only read about or spoken about in passing. How cool is that? Movies are miracles for that reason alone. I became a huge fan of Paul Newman, Audrey Hepburn, Roger Corman, Universal Monsters and Akira Kurosawa through these theatres. Plus, if not for my discovery of the Music Box, I would literally not be writing for F This Movie! I found the site after searching for coverage of the 2010 Music Box Massacre and, through that, got to know Patrick and JB over the years. I owe my opportunity to write about movies every week, and for this community of F-Heads that I love, in no small part to repertory cinema.

The Rep is a battle cry to save repertory cinema and the theatrical experience. If there’s a movie theatre in your town that you love, go often and place your vote to keep them in business with your attendance. Buy concessions. Suggest programming. These are community theatres built for you. You should support them.

I love this documentary and I hope it’s the first in a long and successful career for Morgan White. Please see it and leave a comment about the movie or your feelings about repertory theatres in general.

*The Rep is available through many VOD providers such as iTunes, Amazon and YouTube for either rental or purchase. Visiting the movie’s site is the easiest way to find those links.
Posted by Patrick Bromley at 7:28 AM