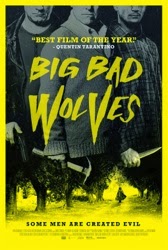 Look everyone! It's Quentin Tarantino's favorite movie of 2013!

I guess I can't blame the American distributors of the new Israeli thriller Big Bad Wolves for building their marketing campaign around Quentin Tarantino's endorsement (it appears above the title on the U.S. poster). It gives the movie a certain cache it might not have otherwise had and is likely to bring a whole bunch of eyes to a film that can use all the help it can get, marketing-wise. But I also know that Quentin Tarantino is a big weirdo with very eccentric tastes and sometimes sees things in movies that few others do. Maybe that's the case here. Or maybe Quentin Tarantino and I just have different taste. That can't be it, though, because we both love Quentin Tarantino movies.

Not that Big Bad Wolves is a bad movie. For one, it's incredibly assured -- shot and cut with the confidence of Edgar Wright, albeit with a different pacing and energy. The actors, in particular Tzahi Grad, are all very good. And the movie is more than willing to go places you don't expect and double down on its own premise. That's all to be admired. "Enjoyed" is a different matter entirely. 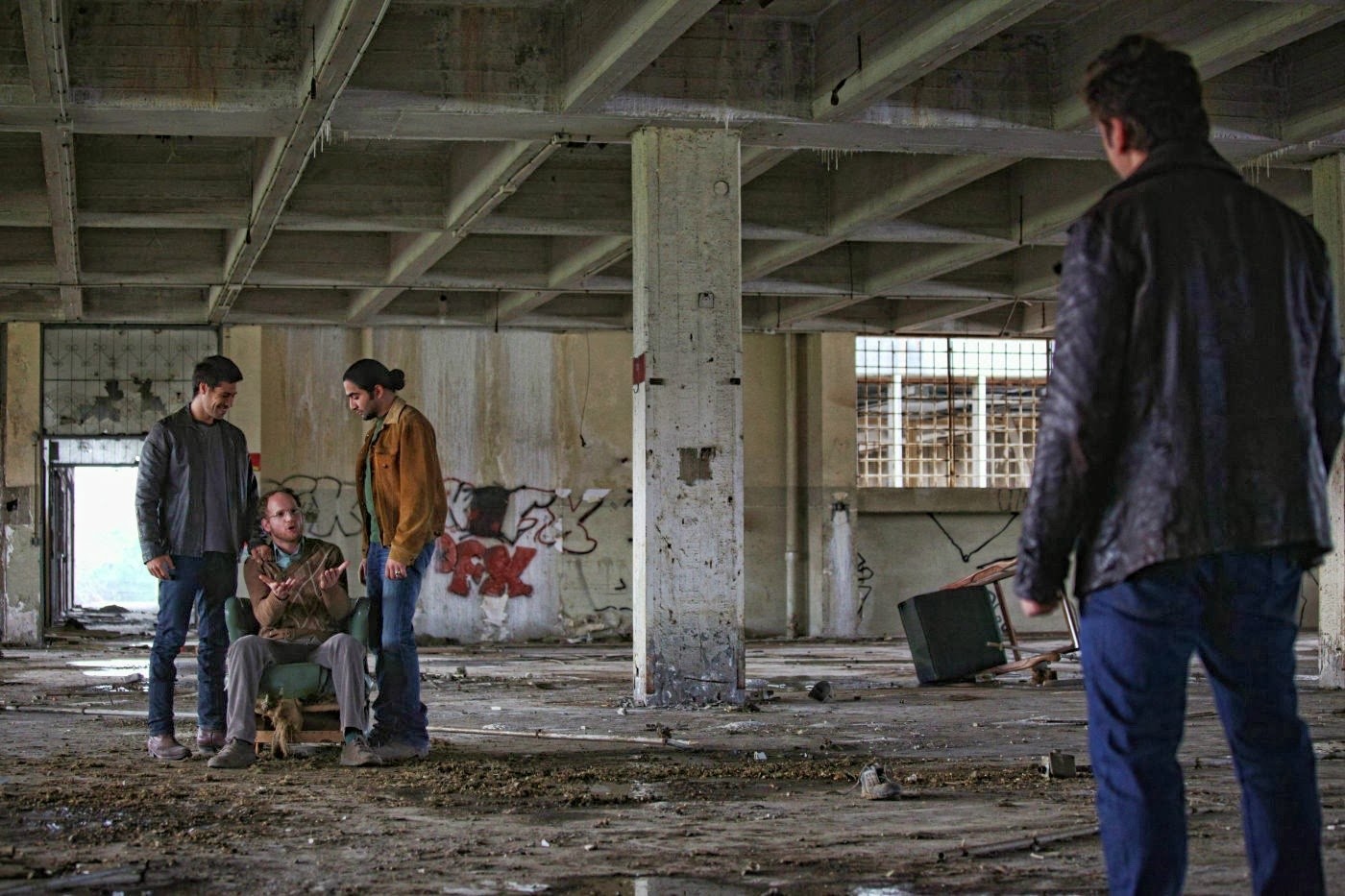 When a young girl goes missing in the woods, a renegade cop with his own brand of justice (Is there any other kind? He's played by Lior Ashkenzai) nabs the man he thinks is responsible: a creepy religious studies teacher named Dror (Rotem Keinan). But when the cop's liberties with the law and enhanced interrogation techniques are caught on videotape, he's thrown off the case and disgraced while Dror is still labeled a pedophile and murderer. One day, the victim's father (Grad) decides to take matters into his own hands; he secures a house with a basement that's basically soundproof, kidnaps Dror and talks the cop -- who continues to try and find proof that Dror is guilty -- into joining him. Together, the pair (and eventually Grad's father) give Dror an ultimatum: admit what he did and give the whereabouts of the girl's missing head or undergo the same brutal torture and prolonged death she suffered.

Sounds rough, right? It is. What I forgot to mention is that the movie tries to be a dark comedy.

I'm not easily shocked. I'm less easily offended. And while I won't say that Big Bad Wolves offended me at all, I will say that I found its attempts at humor...off-putting. I've always maintained that anything can be funny in the right hands. Perhaps Big Bad Wolves is the movie that cures me of this notion. Take, for example, a scene in which Ashkenzai and Grad debate whether or not they should commit to their promise of making Dror suffer the exact same fate as his alleged pre-teen victim by violating him in every hole. Do they need to do that, or can they skip that step? A joke about torture turns into a joke about gay panic while breezing past the implication that an adolescent girl was repeatedly raped before being murdered and beheaded. Joking, in that context, is the very definition of queasy humor. Big Bad Wolves is very deliberate and conscious of its queasy humor. It's not a mistake, necessarily. It's just not for me. 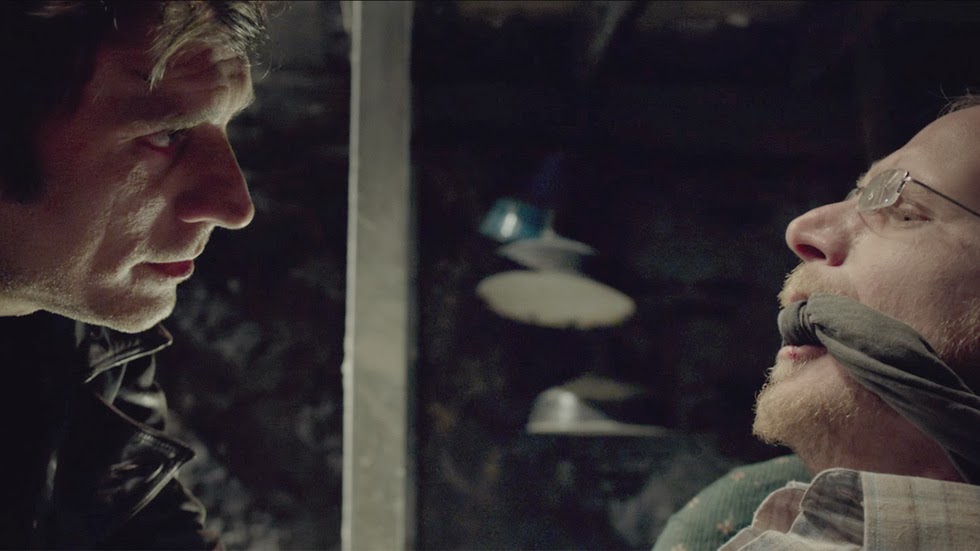 What's worse is that the humor undercuts much of the movie's power. Without it, the film would be a depressing slog through unbearable grief and the ugliest side of human nature, but still a gut punch about the cost of revenge. With the humor, Big Bad Wolves feels like a leftover from the '90s, when combining black humor with graphic violence was de rigueur (a movement inspired by Quentin Tarantino, which might explain his affection for this film). It doesn't mix. I get that's the point -- writer/directors Aharon Keshales and Navot Papushado are clearly trying to add humor to a situation where it does not belong -- but it's an incredibly difficult tightrope that Big Bad Wolves tries to walk. It doesn't really succeed. The humor undercuts the bleakness, but the bleakness makes it impossible to laugh.

There is the vague suggestion of political subtext to the film, which tries to say something about the cost of revenge and who ends up paying it -- a "what are we fighting for?" subtext-turned-text by the infrequent appearance of a Palestinian farmer who drops into the film when it's thematically convenient.  There's a fascinating idea there for the decades-long conflict between the two nations played out as a chamber horror. Big Bad Wolves is not interested in being that movie. Not really.

Amazingly for a movie that sounds this dark and edgy, there's very little to Big Bad Wolves that doesn't feel familiar. It's slick and well made, and it is incredibly nasty in its violence. It is also a movie we have all seen many, many times. While not formulaic by traditional Hollywood standards (few movies in which a man's skin is melted away with a blowtorch in real time can be called such), there is a formula for this kind of film that Big Bad Wolves follows. It's not the kind of thing that lives and dies by its "twists," but aside from the unanswered question of guilt, there is very little to the movie that attempts to surprise -- or even to generate much suspense.

Perhaps it's just a matter of expectations. Big Bad Wolves is well made, it is well acted, it is willing to go to dark places. It is not a bad movie, just one that is unremarkable. It's my own fault for wanting it to be something more; when your favorite filmmaker champions something as being THE BEST, you hope to see what he or she sees. That didn't happen here. It's ok, QT. I ain't mad at you.