I love movies more than almost anything, but that doesn’t mean that there aren’t things in them that can occasionally bother me. Here are a few of my movie pet peeves.

Some of these are movie clichés, some are screenwriting crutches and some are just trends that I see and am not on board with, but they all bug me like crazy. Nothing would make me happier than to see a moratorium put on the following offenses. For the record, I’ve seen an example of each one of these pet peeves in the last 30 days (and several in the last few).

Overuse of Mundane Dialog - The masters of filmmaking can make dialog about ANYTHING feel fresh and pop off the screen. Quentin Tarantino is a master of the mundane: think of the opening conversation in Reservoir Dogs about Madonna’s “Like a Virgin” and the chats that Vincent and Jules have in Pulp Fiction, which range from feet to cheeseburgers. The entire date between Vincent and Mia Wallace could be viewed as mundane dialog. But Tarantino is using his dialog to inform his characters. He’s telling us what kind of people they are and what motivates them. Writers and directors like Tarantino have elevated the mundane to an art form.

The problem is, a hundred other writers want to do the same thing and don’t have Tarantino’s natural ear for dialog. Cinema is full of boring actors relaying their thoughts on stuff I don’t care about. If your movie has a conversation at a diner table that lasts in excess of ten minutes and your name is not Quentin Tarantino, I’m probably going to be unbelievably bored. Does your movie have a conversation between a mob enforcer with mother issues and a waitress who has narcolepsy? Then you’ve failed.

Look, I get it. It’s an easy trap to fall into. I’ve got a drawer full of scripts and stories that I’ve written over the last 15 years that made the same mistake. Few people can pull it off without it being hacky; a movie needs dialog by nature, but I’m sick and tired of long scenes at diners about artificial sweetener in soda and why pasta sauce always tastes best when made with whole tomatoes. SNORE.

Unnecessary Flashbacks - Yes, the rule of filmmaking is “never tell what you can show.” But if you’re dialog is simply “One time my sister and I were picking flowers by the beach on a sunny day and I’ll always remember that morning,” then I don’t need to see you flash back to you and your sister picking flowers on sunny beach, ESPECIALLY not in slow motion. You just told me about it and seeing it won’t make me care any more than I already did. And if this scene of you and your sister picking flowers has nothing to do with the guy in the trunk that you just accidentally killed, then why is it in the movie? I recently watched a movie where a kid saw the murder of his parents as a child. The movie’s plot made it clear that this happened, but I still had to see it in a slow motion flashback, like I didn’t already know what happened, making it redundant and tedious. These types of flashbacks are amateurish and superfluous.

Even more offensive than the unnecessary flashback are unnecessary cutaways or fantasy sequences that TV shows like Family Guy and Scrubs ran into the ground a decade ago. Example: “The last time I saw so much blood was when Mickey the Lumberjack used a saw blade on that informant.” Cue a cutaway to four seconds of a guy in a flannel shirt sawing a guy’s arm off. Was I supposed to be interested in that? Because I just started browsing Twitter on my phone.

Unnecessary Voice-Over - This is a big one that’s still happening way more than it should. There’s an argument to be made that some movies can benefit from a voice-over. I think it works for Goodfellas, but I can’t think of many other movies that are made better from one. It feels like most voice-overs exist to hold the hand of the stupid viewer who needs things explained to him. The worst examples of unnecessary voice-over are those that merely describe what’s happening on the screen. This is a crutch of the lazy screenwriter who doesn’t have any faith in his audience to figure out what he’s telling them, which means that he either thinks those viewers are morons or his screenplay isn’t clear enough to work without hammering home the subtleties. Either way that’s bad screenwriting, and I see this ALL THE TIME. How are younger audiences ever going to grow and mature if they’re being spoon-fed every little nuance? I believe in Darwinism. If they don’t get it then it’s not up to you to explain it. 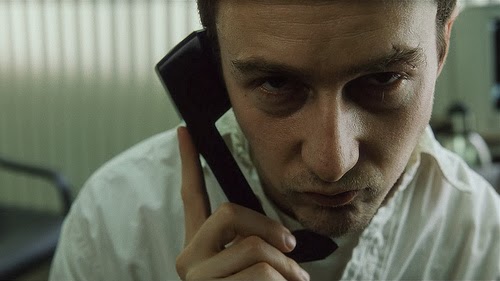 Killing the Pet - Last week I watched a movie that killed not one but TWO pets on screen. I mean, not in real life (I was not watching Mondo Cane), but the film simulated on screen the death of several animals throughout the length of the movie. I’d say that goes beyond egregious and enters into unacceptable. I’m not talking about an animal dying in a movie like Pet Semetary or in an action movie where you see a sniper outside and the dog yelps in the distance as he gets shot. That’s fine. I’m talking about when a movie goes out of its way to off an animal on screen with the deliberate intention of manipulating you into an instant emotion. It’s hacky. It’s lazy. It’s easy. It’s one of the sharpest tools a screenwriter has in his toolbox and so many of them are going to it far too often. Here’s a better idea: use your characters and your situations to build some real drama and suspense instead of taking a shortcut.

Horror Clichés - There could be a whole column just on horror clichés that are still being used, as if audiences haven’t seen a horror movie in the last thirty years. The two biggest offenders, however, are the mirror gag and the backseat gag. And both of them make ME gag. Yes, horror writers and directors are STILL doing that bit where a character looks into the bathroom mirror, opens the medicine cabinet, and then close it to find someone standing behind them. And similarly, I’m still seeing movies where someone gets into a car only to have someone sit up in the backseat. Sure, we’re all afraid of these things, I GUESS, but a smart writer or director (like Simon Barrett and Adam Wingard) can subvert the cliché and make the whole thing feel fresh. Horror is nearly limitless in its possibilities. Don’t walk the same path that’s been so well trod by those before. Reach higher and do something new. 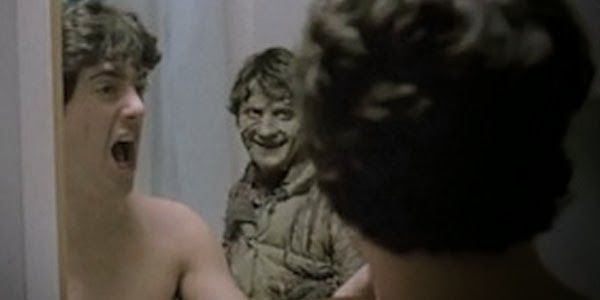 Ridiculously Long Length - Up until a couple of years ago I thought that longer movies were great. I usually equated a running time in excess of 2 ½ hours as an epic: something meaningful and worthy of my time. Not anymore. I touched on this a while back when I wrote an entire column on it, but I’ve gotten even more frustrated with this since then. Sometimes a three hour movie is an incredible journey full of growth and narrative; it would be a crime to shorten The Godfather or Django Unchained. More often, though, it’s filmmakers being so in love with themselves that they can’t cut the fat out of their movie. Again, chances are you aren’t Francis Ford Coppola, Martin Scorsese, or Tarantino. Keep it tight, buddy.

The Bruce Willis Smug Method of Acting - This one has become so common that it has a spokesperson. Dear Bruce Willis, you were INCREDIBLE in Die Hard and I even liked the same shtick in Die Hard 2. But if it was wearing thin by 1995 (it was) then it’s intolerable in 2014. You can make good movies where you look like you want to be there and where you actually ACT. I’ve seen it and I really appreciate it. 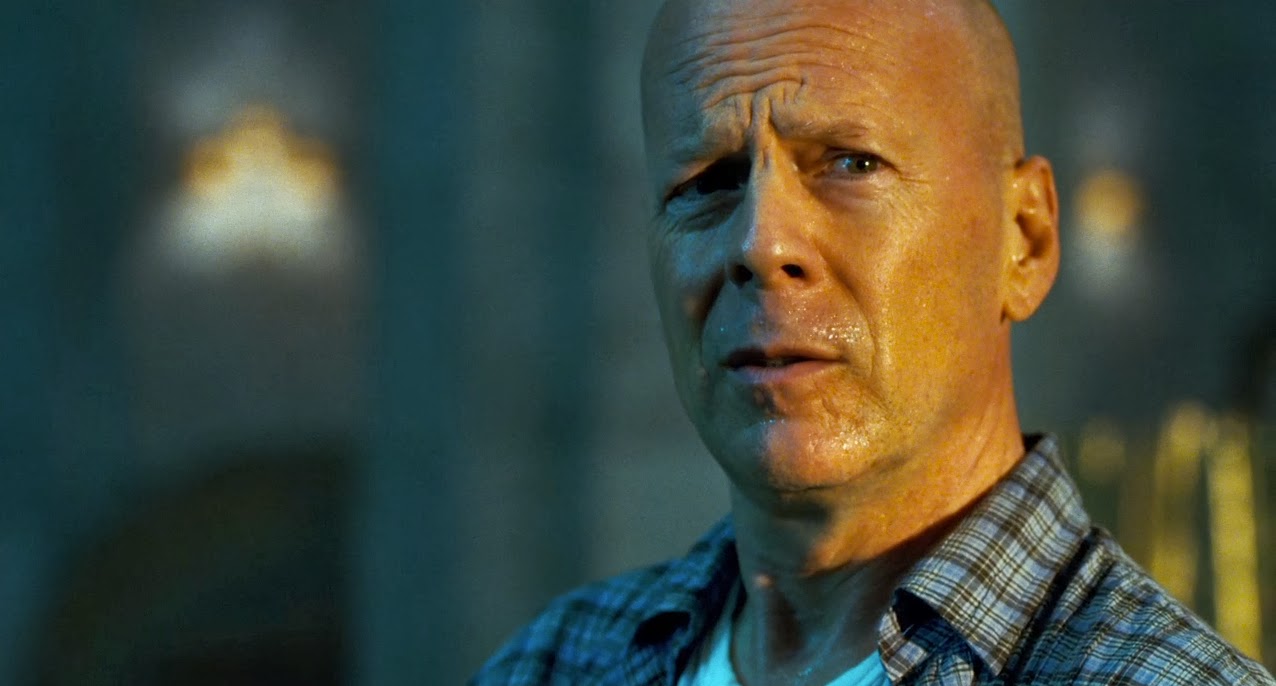 But you aren’t doing those nearly as much as you used to, and now you’ve got other actors doing the smug thing. Why does Jason Statham always look like he’s taking a dump? I like Jason Statham, but he’s been studying the Bruce Willis Smug Method of Acting. Some great actors and some of my favorites have been spending a lot of time at the Bruce Willis School of Smug: Sylvester Stallone, Robert Downey Jr., Jamie Foxx, Vin Diesel, Will Smith, and Christian Bale are all taking classes there. Dear actor/actress: if you think you’re better than the material, don’t take the job. I don’t want to pay money to watch you phone it in or have that “I’m so much better than this” face for the entire film. You guys remember that Tom Hanks movie where he sneered a bunch, rolled his eyes, and mumbled his lines? No? That’s because he doesn’t do that, and he wins little statues. Like a BOSS.

I could go on, but I’d rather you tell me some of your own movie pet peeves. What really bothers you? Let it out in the comments and we’ll commiserate together. It’s only when we let it out that the healing can begin.
Posted by Patrick Bromley at 11:55 AM