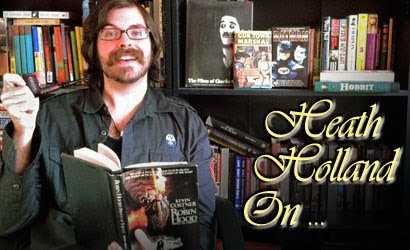 In the world of exploitation, none one did it quite like AIP.

In my mind, there is no studio more synonymous with exploitation than American International Pictures (AIP). The brainchild of entertainment lawyer Samuel Z. Arkoff and production manager James H. Nicholson, AIP was the first studio to market low budget movies specifically to a young and rebellious audience, giving teenagers exactly what they wanted to see.

Let’s look at some of the great offerings in exploitation cinema made between the 1950s and 1970s: all those great Vincent Price horror movies, from the Roger Corman adaptations of Edgar Allan Poe to the Dr. Phibes films, are AIP movies. The Beach Party series and many of the biker movies of the late ‘60s were AIP. The Blaxploitation movement that brought us Slaughter, Black Caeser and Hell Up in Harlem was led by AIP. The studio is even responsible for bringing a few Godzilla films to the western world via their distribution program. And, in my favorite contribution to exploitation, it was AIP who saw the incredible potential in Pam Grier and made her a STAR in films like Coffy, Foxy Brown, Sheba, Baby, and Friday Foster. 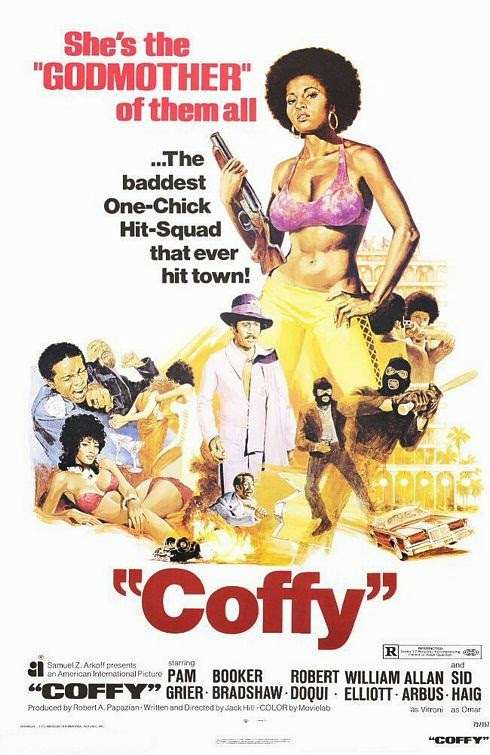 Between 1954 and 1980, American International Pictures either produced or distributed some of the most memorable and unique movies in the history of cinema. From the very beginning, Arkoff and Nicholson realized the potential of making movies as cheaply as possible and releasing them to drive-ins and other theaters as double features. They knew that they had to give audiences something that they couldn’t see at home on television and they even started using focus groups (the first company to do so) to find out what teenagers wanted to see on the silver screen. Pushing the envelope became daily business for AIP and their audiences knew that when they went to see a movie from American International, it was going to be different from anything else.

Over the years, Samuel Z. Arkoff developed a formula for making great exploitation movies using the letters of his last name. The A.R.K.O.F.F. formula, which every AIP movie needed to adhere to, consisted of Action, Revolution (usually rebellion), Killing, Oratory (as in memorable dialogue), Fantasy, and Fornication. Looking at that formula now, it’s hard to argue that he didn’t know exactly what he was doing, and when an exploitation movie (either from AIP or another studio) fails to entertain, it’s often because it didn’t stick to those six necessary ingredients. 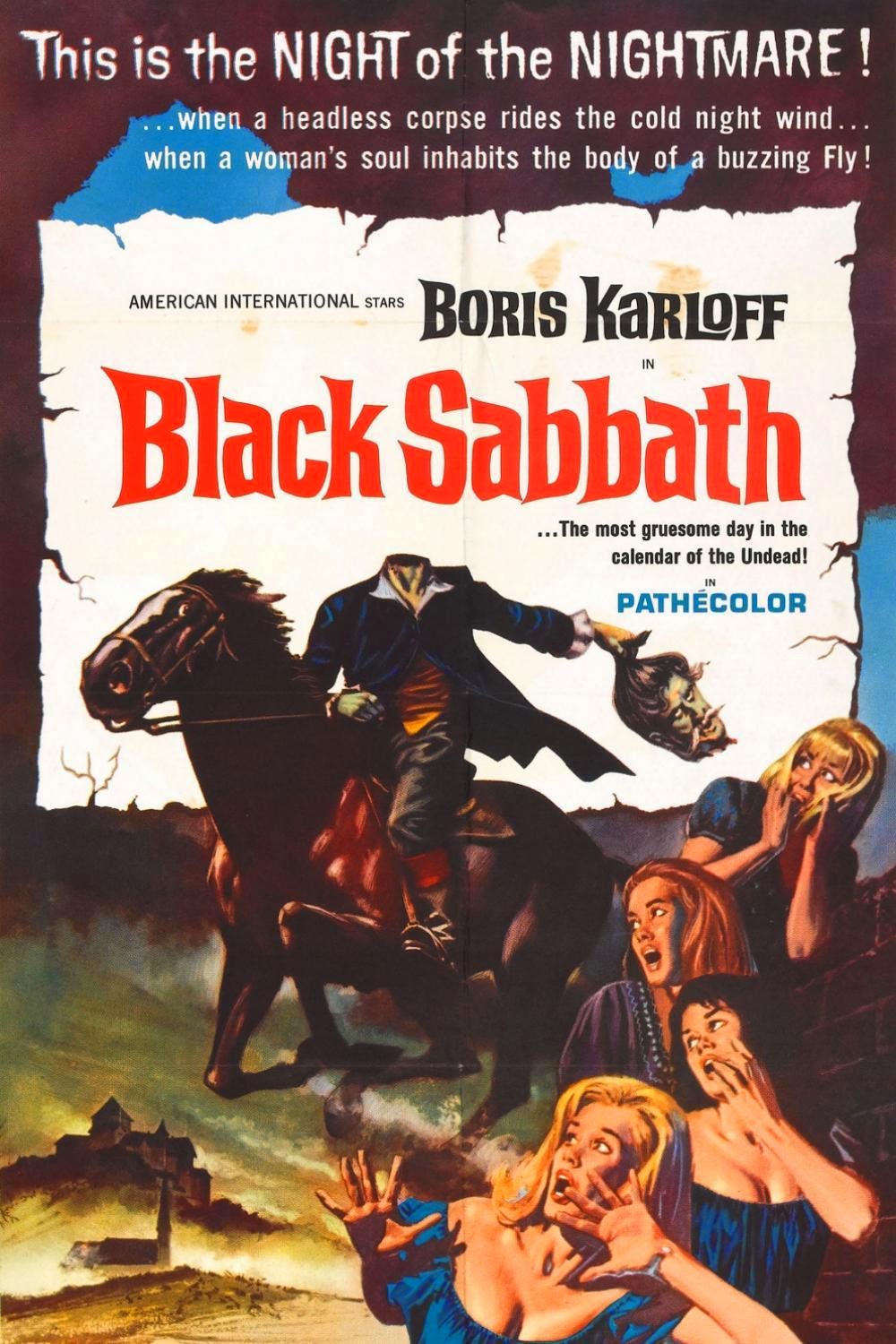 What’s interesting to me is how you can look at a list of AIP movie titles from a particular period and see how those movies directly correlate to what was going on in pop culture and society in general. You can bet that Shake, Rattle & Rock and I Was a Teenage Werewolf came during the late ‘50s as rock music and teenage rebellion were just starting to make waves. Similarly, Swingers’ Paradise and Dr. Goldfoot and the Bikini Machine are clearly from the mid-‘60s. Whatever was appealing to the youth culture at large is what was on the screen in an AIP movie. I’d kill for that reliability and dependability from a studio today. The movies didn’t have to be good; what mattered was that they were fun and crazy.

American International was so great at what they did that major studios followed their lead and started either producing or distributing exploitation movies themselves. Warner Brothers had Super Fly and Black Belt Jones, 20th Century Fox had Vanishing Point, and Paramount had Death Wish, to name just a few examples of big studios dipping their toes into exploitation. 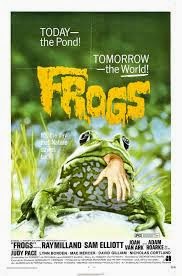 Of course, as always seems to be the case, the death of something starts when business people in suits start trying replicate the ideas of others without understanding what makes them unique, and that’s what happened here. In an effort to compete with Warner an Fox and Paramount in the game that AIP started, Arkoff (his partner Nicholson had stepped down years earlier) closed the ‘70s with the most ambitious projects the company had ever undertaken. They brought Force 10 from Navarone and Mad Max to America and produced more mainstream movies like The Amityville Horror. Ultimately, too much money was spent and American International could no longer afford to carry on. They were bought by a company called Filmways, Inc and Arkoff left the company soon afterward. That was pretty much the end of AIP as a functioning studio and business.

Thankfully, the bulk of the American International catalog is in the possession of Metro-Goldwyn-Mayer and many of the classics have found cleaner DVD transfers than the films likely saw during their original release. The legacy of the little studio still looms large; what they did was so fantastic and so FUN that their movies and movies that other companies made to be like them are still watched today, over thirty years after they made their last film.

The biggest and most pleasant surprise for me is when I sit down with a DVD of an exploitation movie that’s new to me and see the American International logo. When I see that name, I know I’m in good hands. I know I can sit back and enjoy the ride because Arkoff and his six ingredients for a great movie rarely disappoint. I salute American International for the chances they took, the new ground they constantly broke over 26 years, and for doing something so incredible that the rest of Hollywood actually changed the way they made movies. 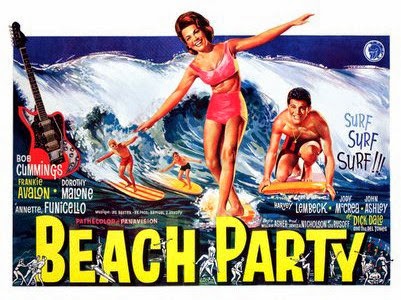 Posted by Patrick Bromley at 11:54 AM