Drunk on Foolish Pleasures: They're Doing the Mash...The Monster Mash

Last week, ever-alert former student Sean Rogers shared with me some movie news. He thought that I would be interested in the story.

When I read the story Sean forwarded to me—about Universal’s plan to reboot its classic monster films—I found myself genuinely scared… but not in the way that monster movies are supposed to scare me. You can all read the story over at The Onion AV Club.

Because it was The Onion, at first I thought it was a joke. “An Avengers-style shared universe”? The Universal Monsters, as much as I love them, are not superheroes. Let’s all remember that the original series started to go downhill in the 1940’s with “monster rallies” like Frankenstein Meets the Wolfman and House of Dracula.

Because I am an English teacher on summer break, I began to excessively ruminate over this news. Let’s remember that for every reboot that succeeds—like the 1999 Mummy—we get shit like 2004’s unwatchable Van Helsing. The chances of Universal’s idea actually working are infinitesimal. So now, not only will our hearts be broken when we see our beloved monsters used and abused, but we’ll be forced to see it happen again and again and again on a regular two-year schedule.

So how bad could it be? What form, I asked myself after my fifth margarita (don’t judge me), might some of these “Avengers-style universe” films take?  Well, I think they might look a little something like this: 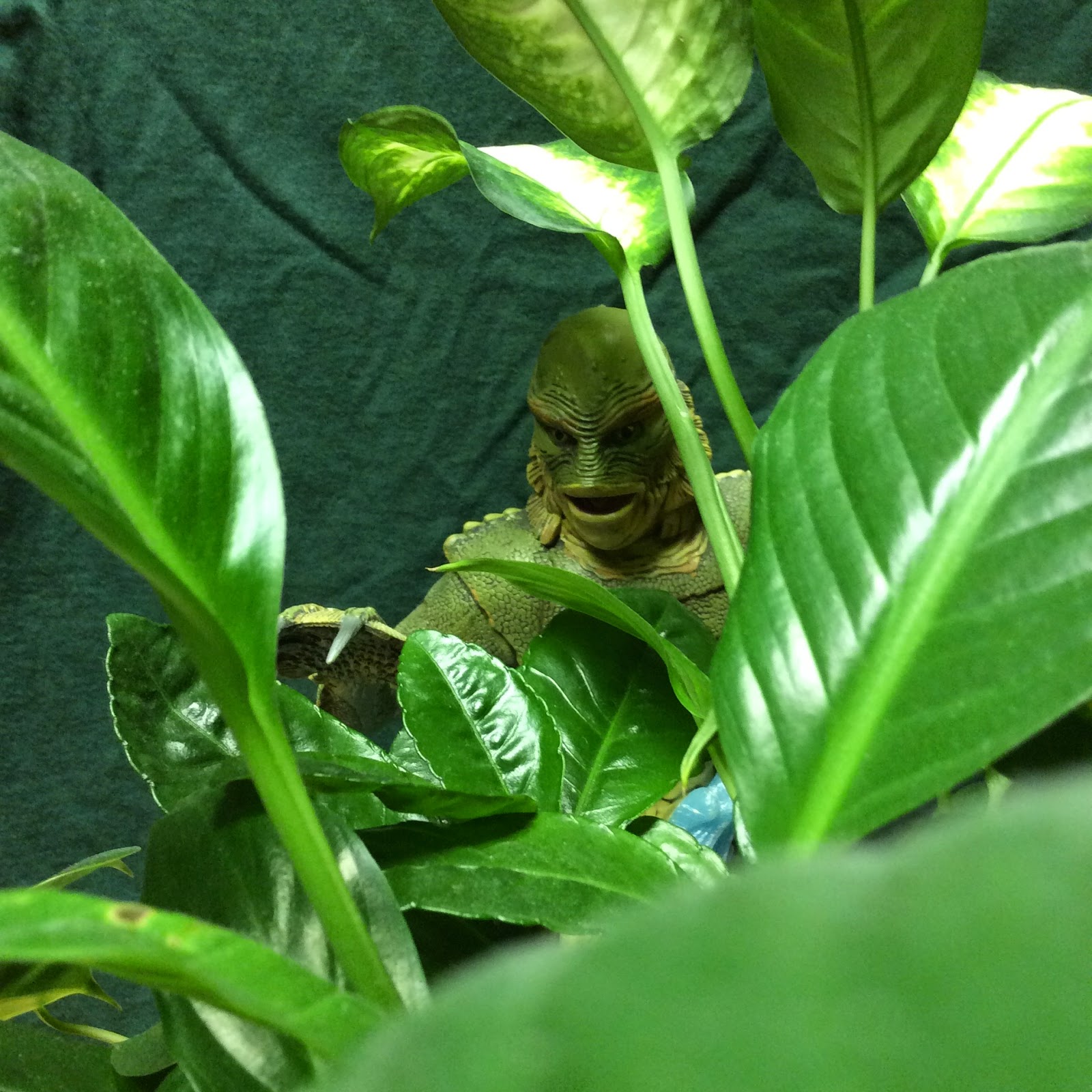 Behind Enemy Lines: The Creature in ‘Nam! 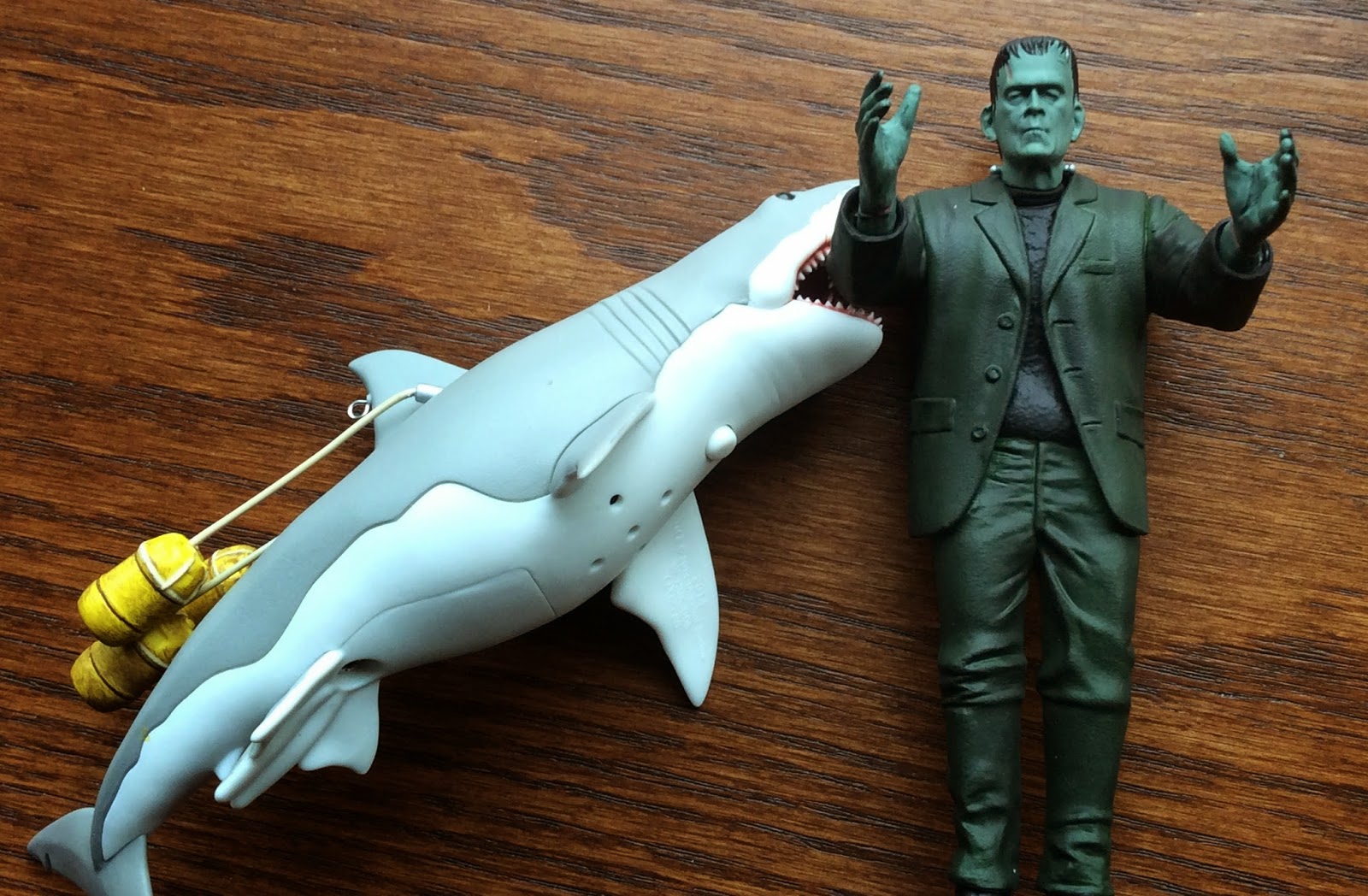 Frankenstein Meets The Jaws
(Don’t laugh—THIS COULD BE A THING. Both properties are owned by Universal!) 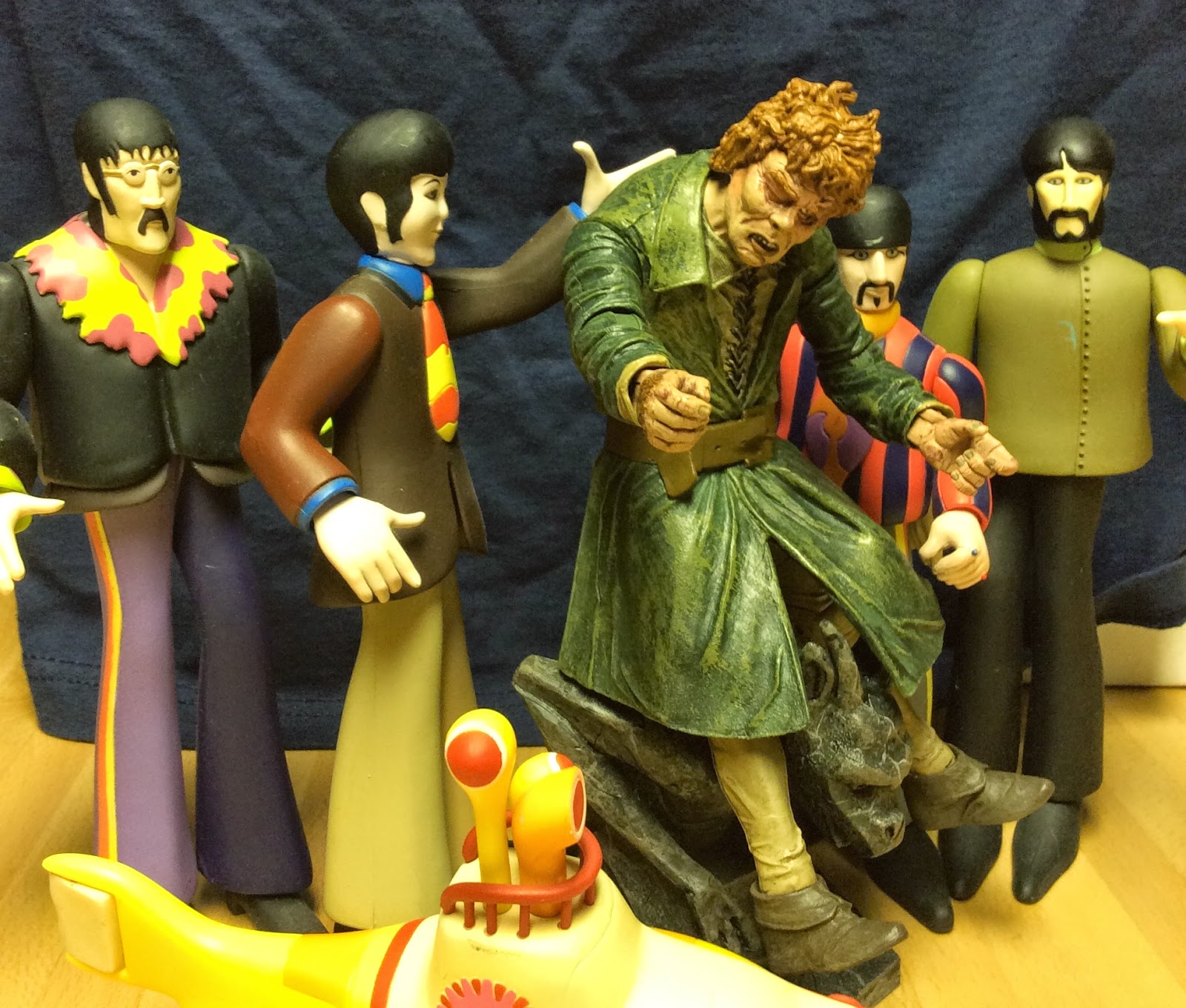 The Hunchback of Liverpool 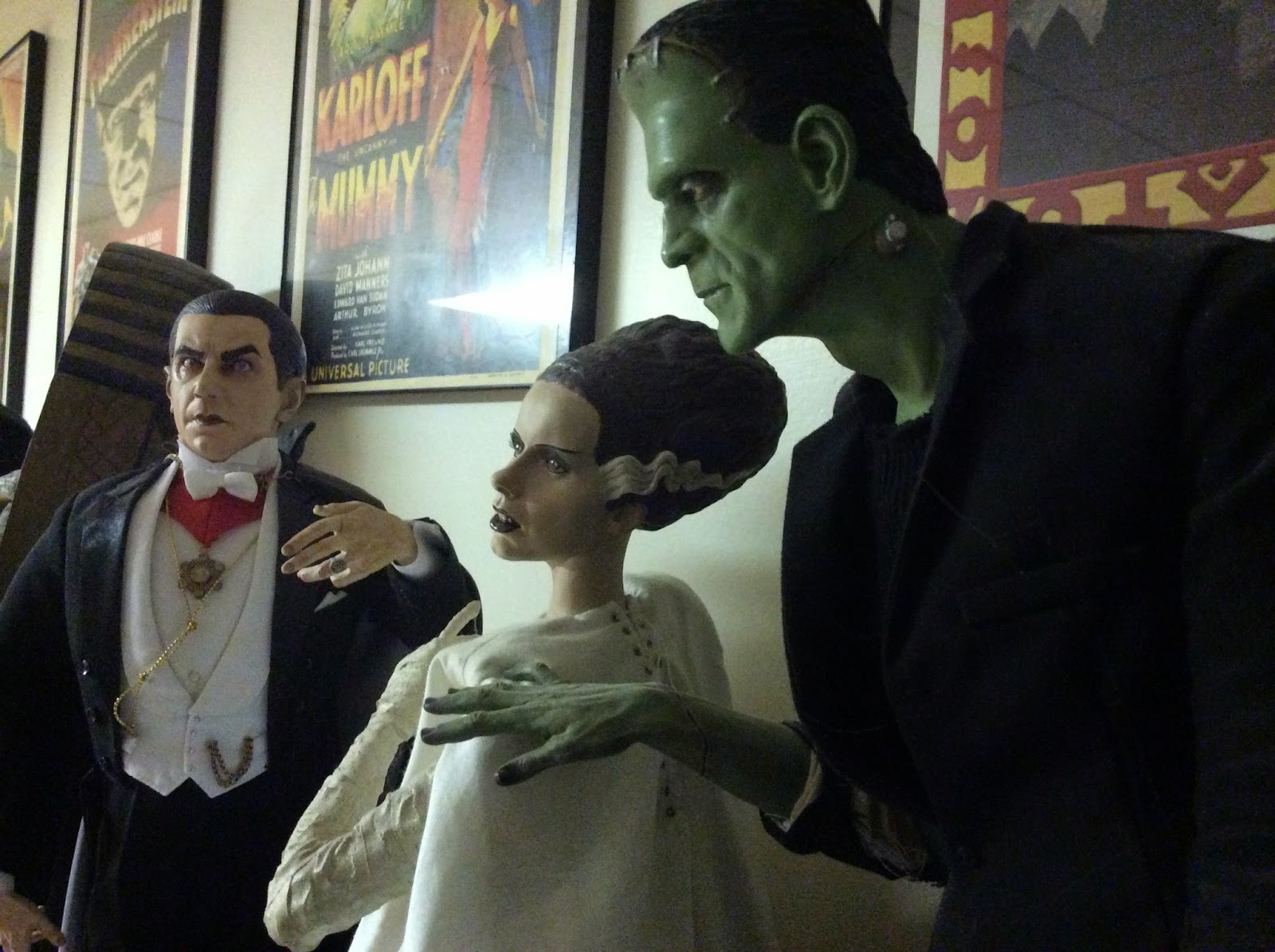 There’s Something About Mary (Shelley) 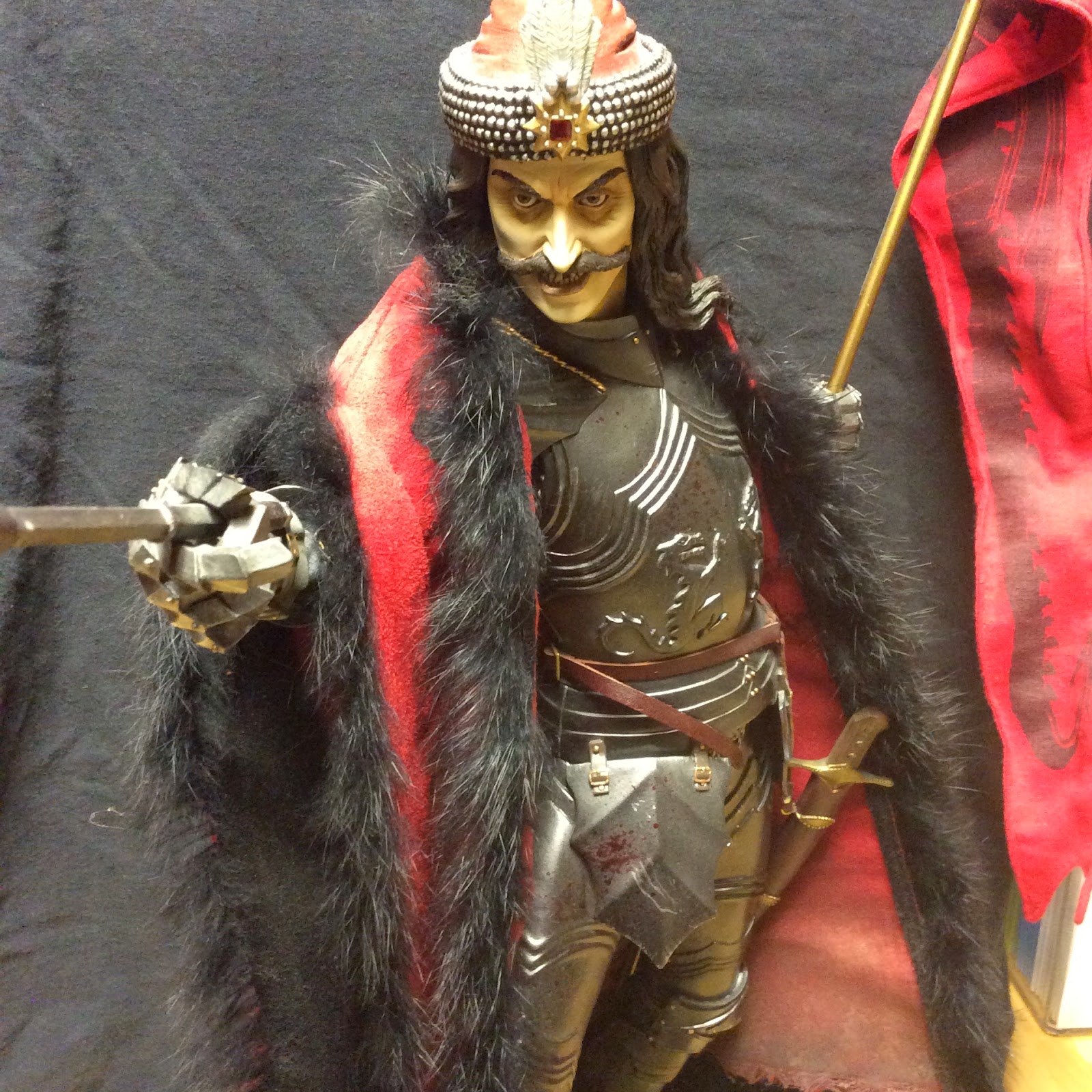 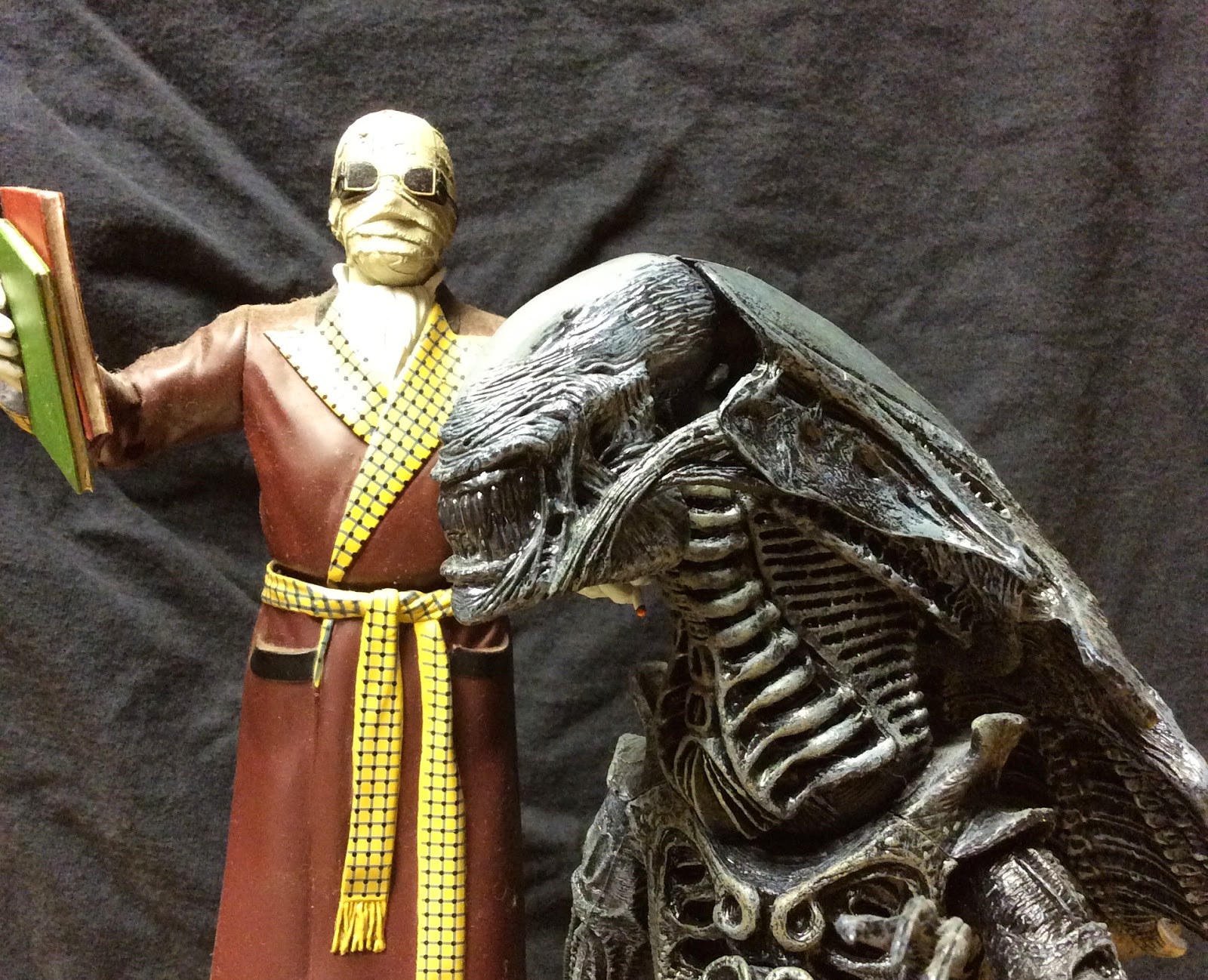 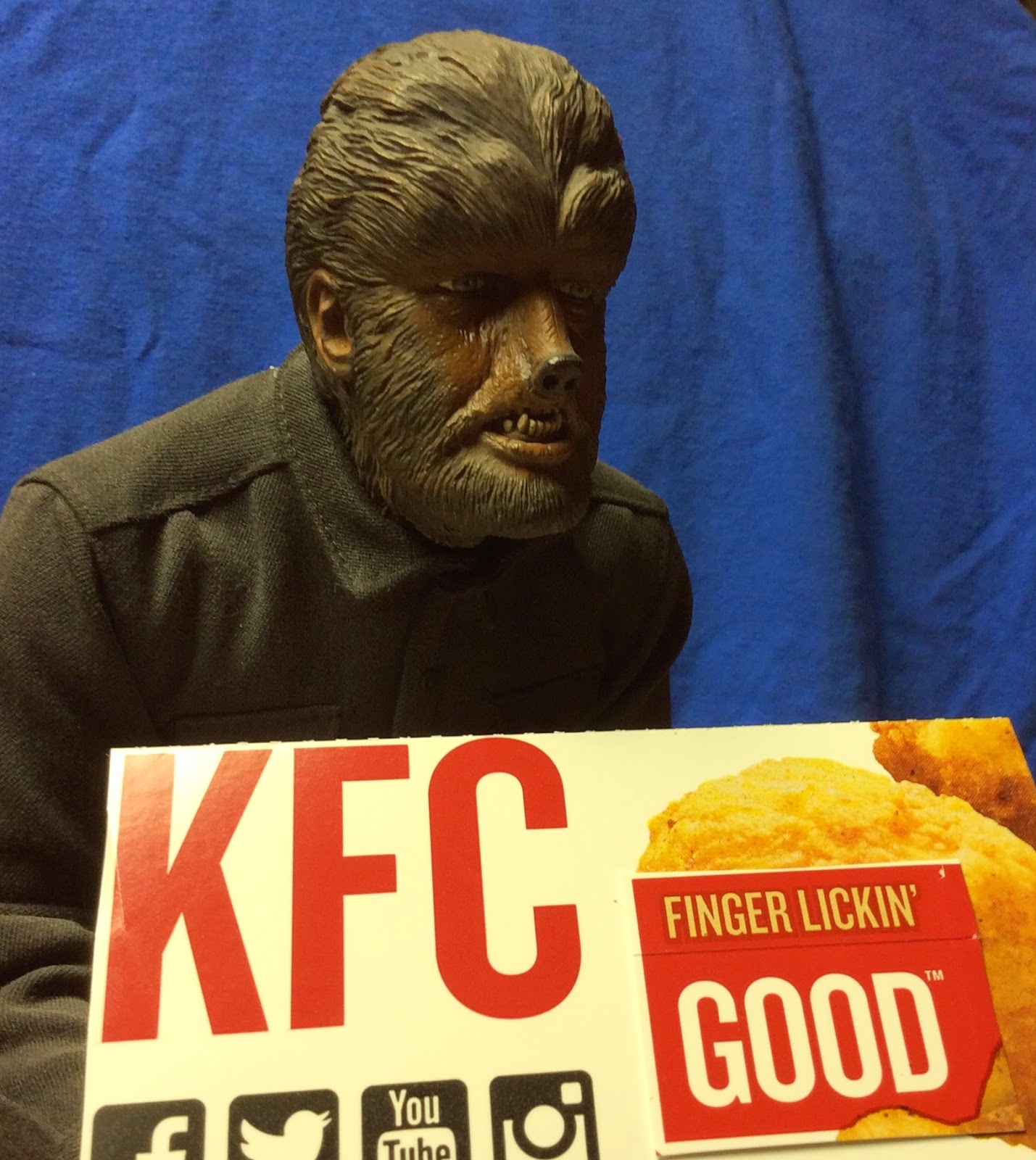 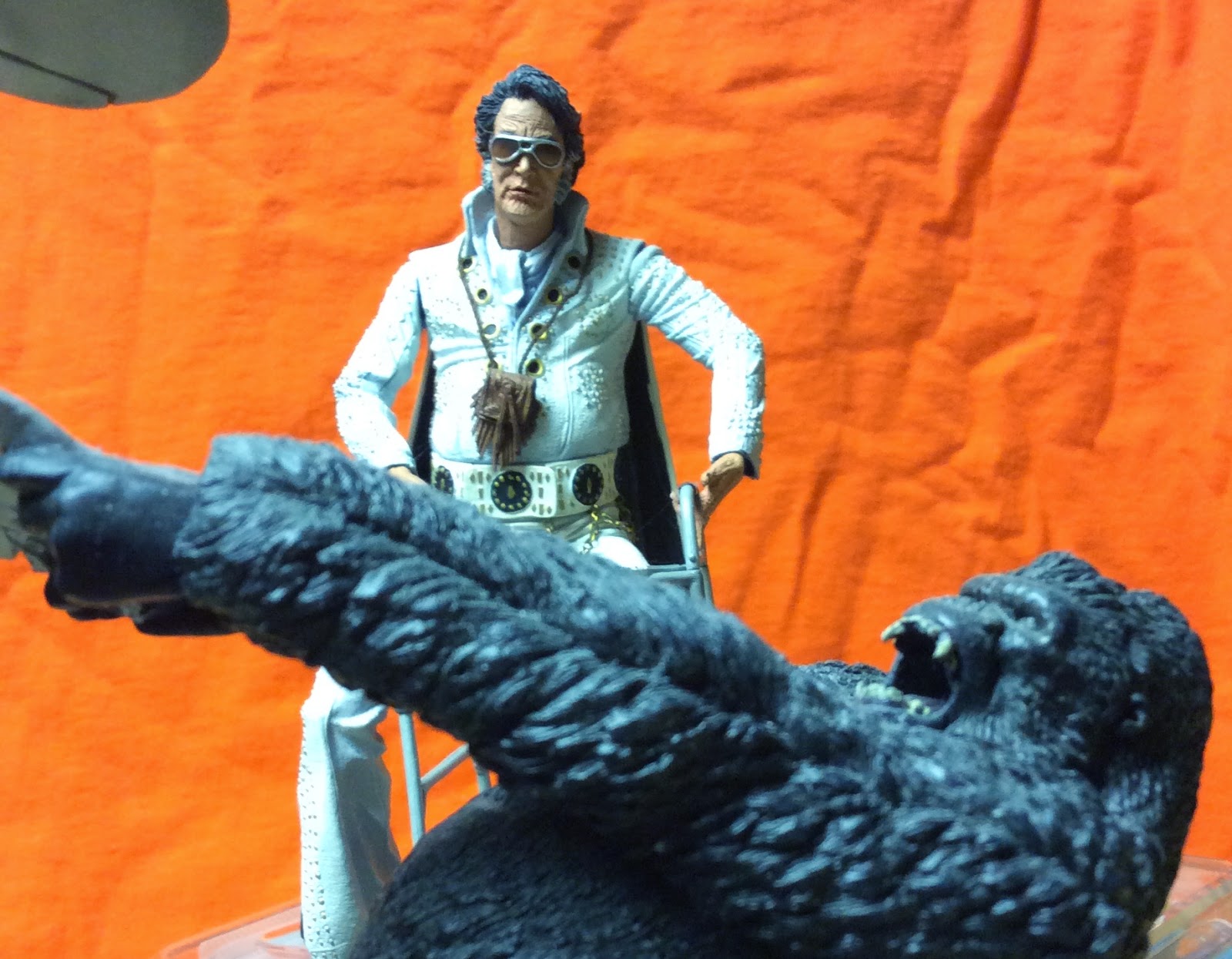 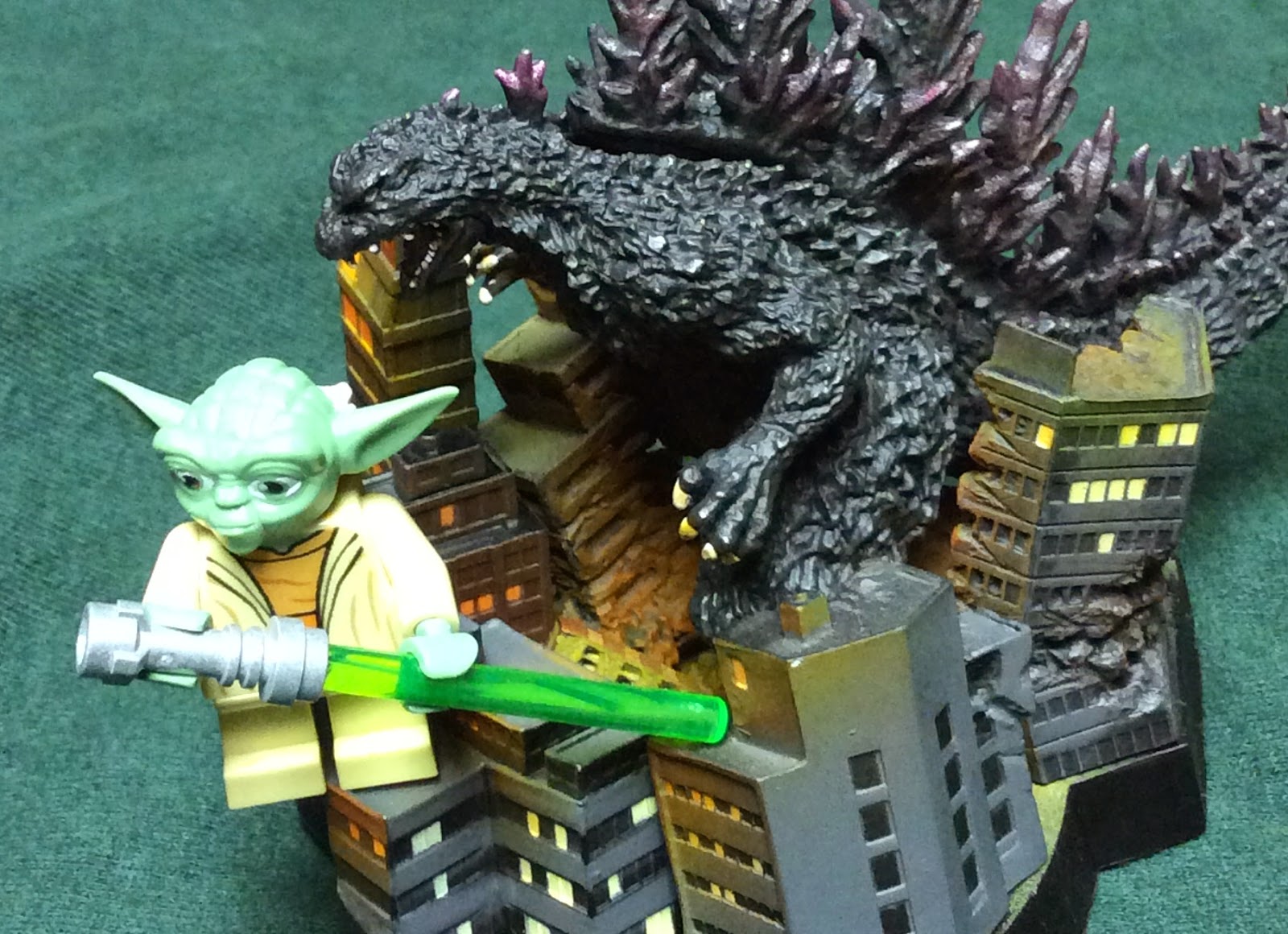 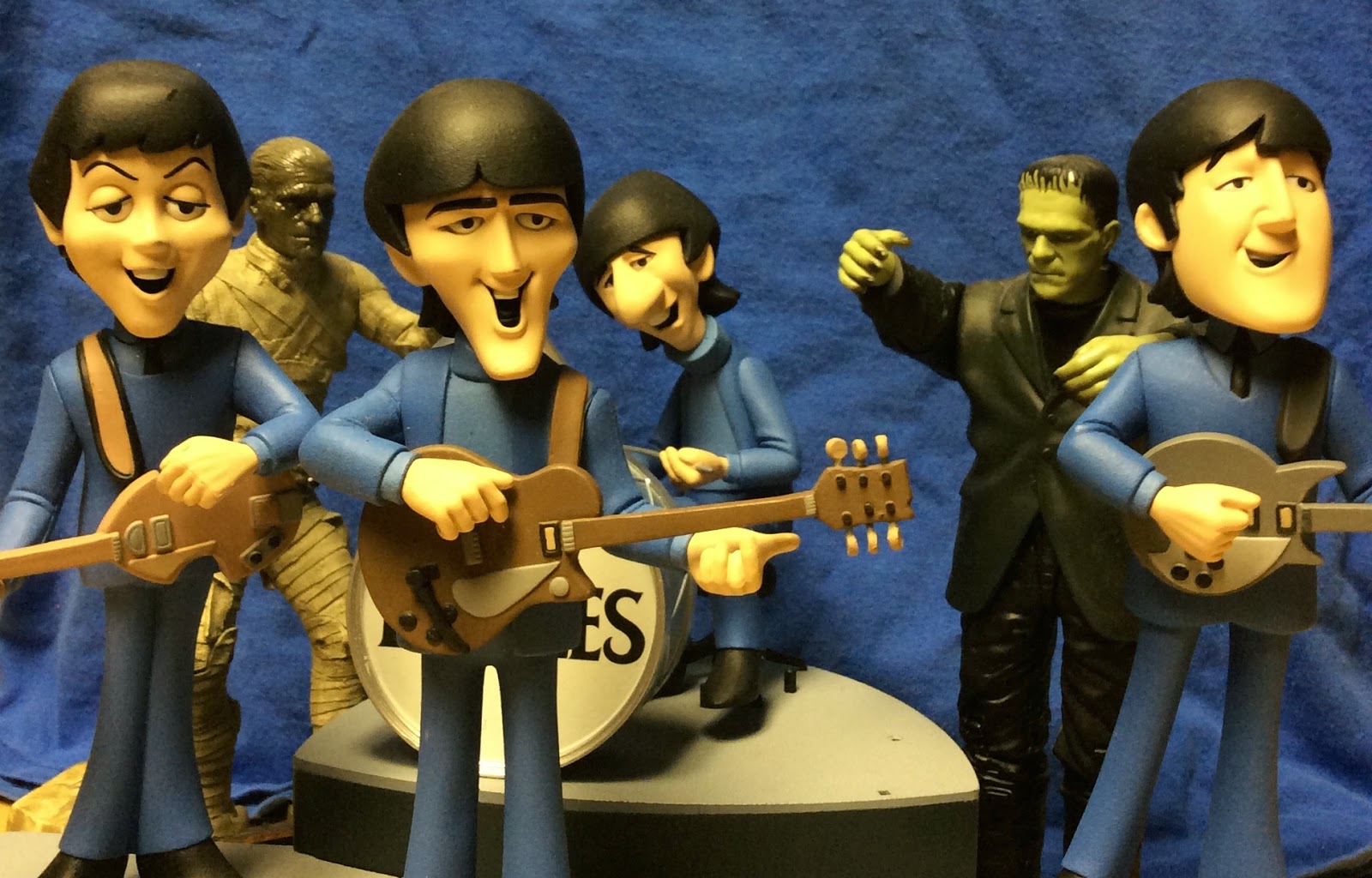 The Beatles in House of Mummenstein 3-D 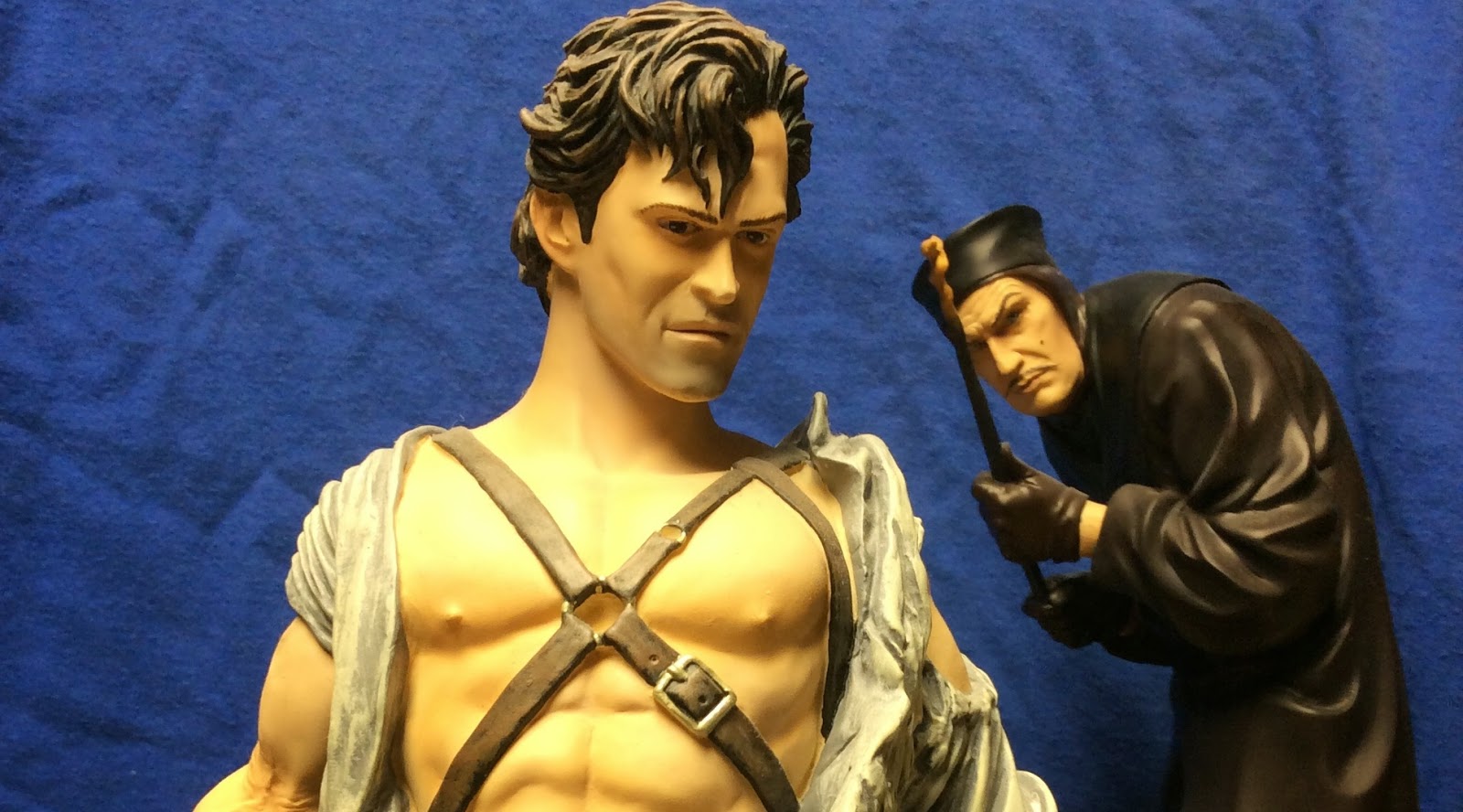 Vincent Price in Army of Darkness 2: The Penduluming 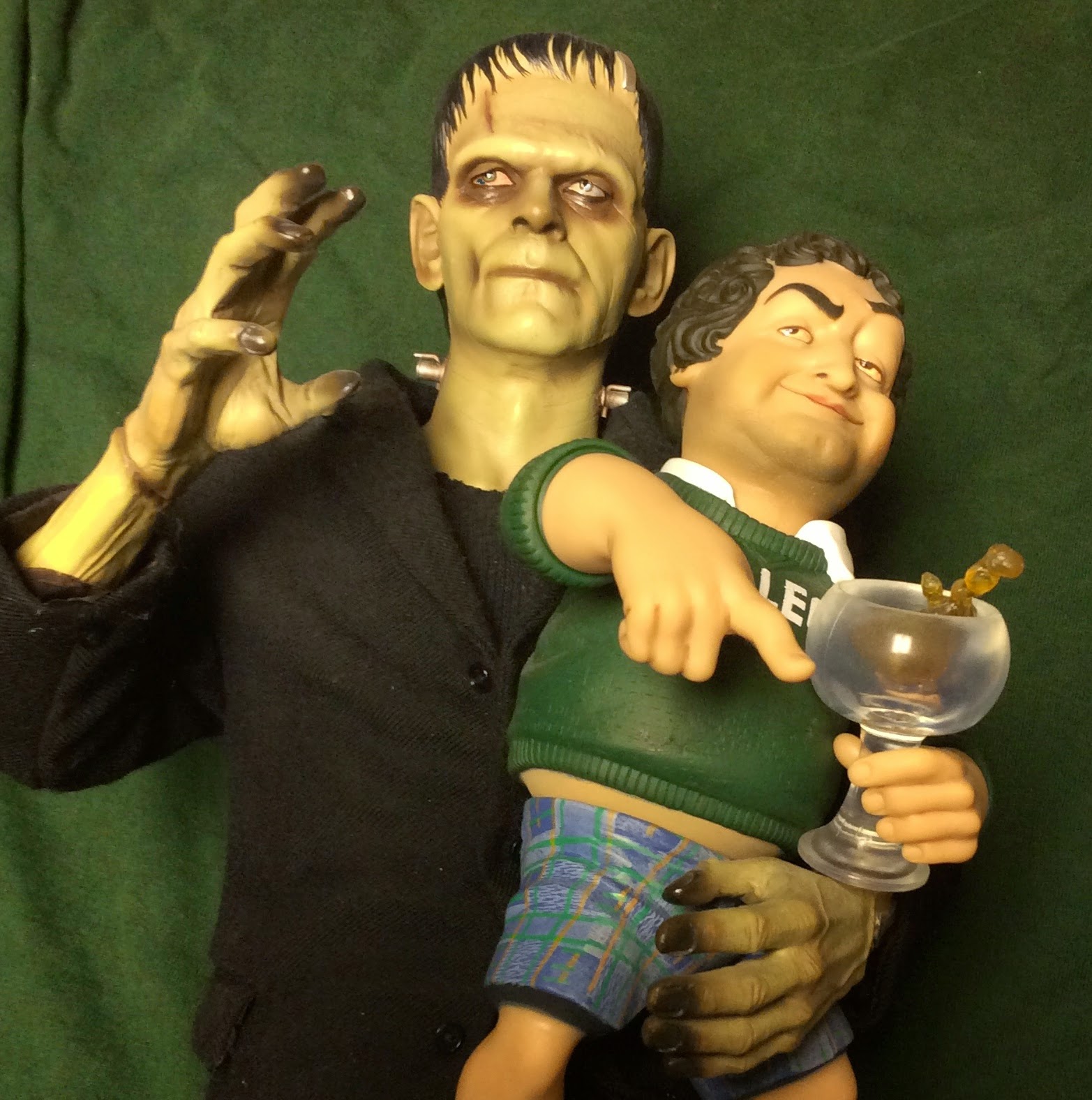 Animal House of Frankenstein
(Again, IT COULD HAPPEN—both properties are owned by Universal!) 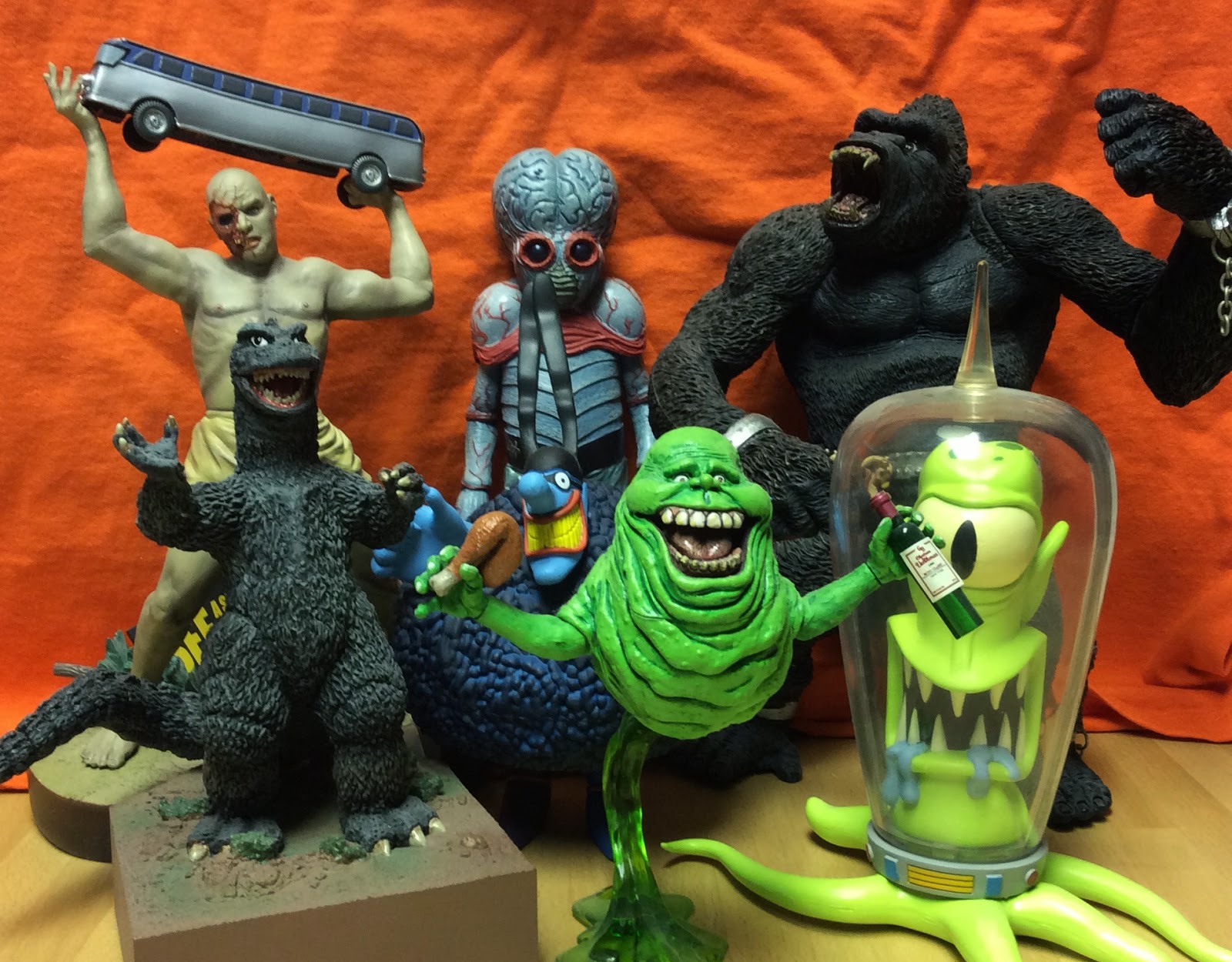 All Monsters Attack 2: The Shit Hits The Fan

F-Heads, what do you think these new, re-booted, “Frankensteined,” Avengers-universe-type films would look like? Comment below.
Posted by Patrick Bromley at 2:00 PM