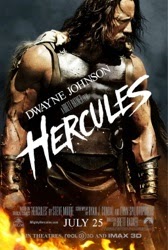 Brett Ratner's new adaptation of Hercules opens with narration of a character saying something along the lines of "You think you know the story of Hercules? You don't." I sank in my seat. Oh great. One of these.

There is a terrible trend in Hollywood nowadays wherein studios will remake or reboot or relaunch an existing property but justify its existence by telling the "untold" story. Sure, the movies rationalize, you've already seen multiple Spider-Man movies and countless iterations of Dracula, but these new versions are going to tell the REAL story -- the one where Dracula becomes a vampire so he can lead an army as a swarm of CGI bats or where Spider-Man's dad has a secret underground subway tunnel. It's safe to say that this rarely results in good storytelling or interesting movies.

With an introduction like that, I was sure that this new Hercules was going the same way. Then, a few minutes in, a funny thing happened: the movie became self aware. A character interrupts the narration and calls bullshit on the legend, forcing the movie to take a very different path than the one we've come to expect. This version of the Hercules legend is very much about storytelling -- about the way myths are built through repetition, each time embellishing the details until the tale becomes bigger than the man. In that way, this new Hercules isn't just about the Hercules myth but about every Hercules movie that's ever been made. It's a choice that's ten times smarter than I ever expected from this version, which wound up being a movie that's ten times better than I expected. 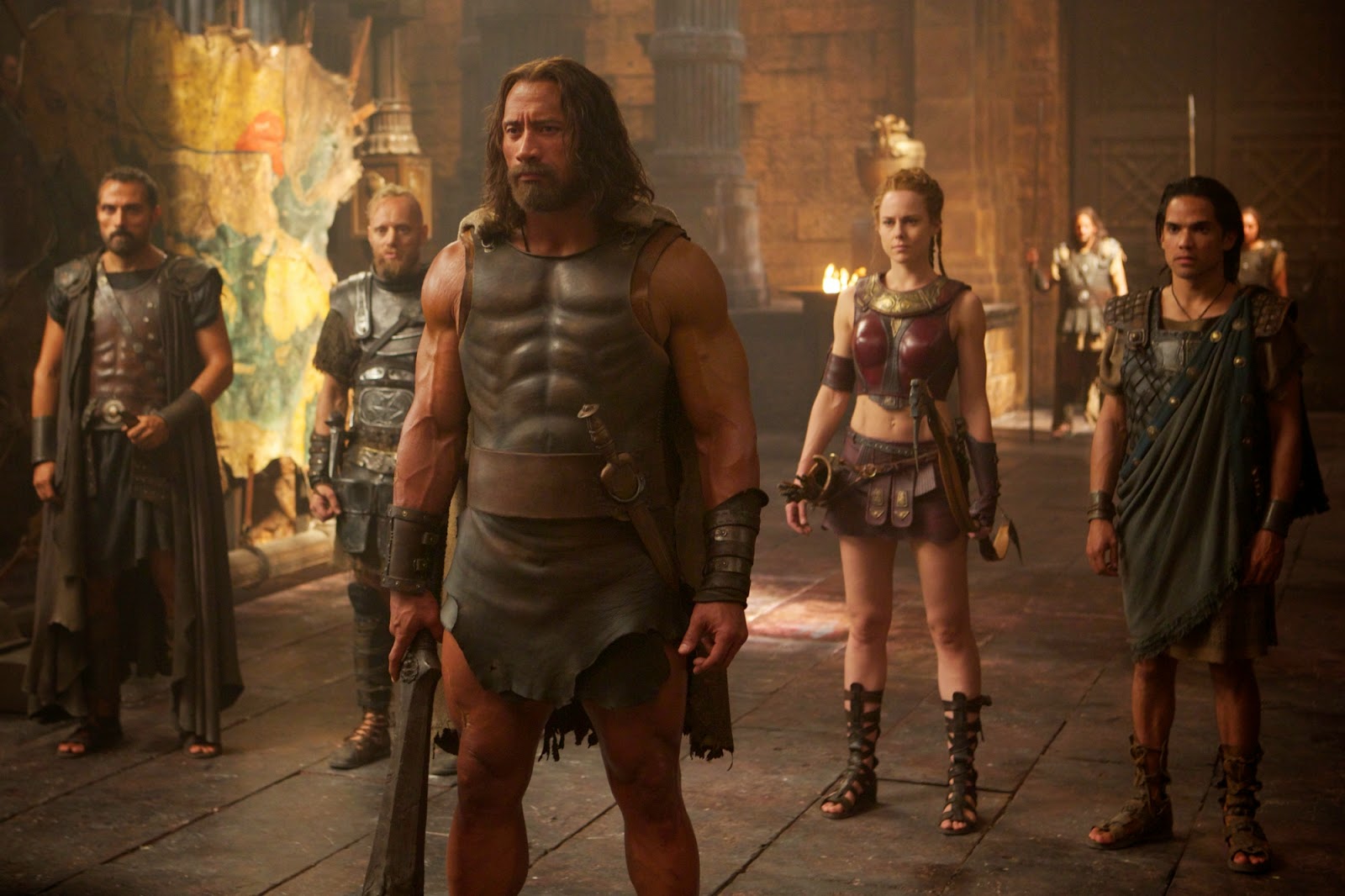 Don't get me wrong -- Hercules is stupid. But it's stupid in the best way. It knows it is stupid and embraces it fully, having a sense of humor about itself and finding clever ways to both pay tribute to the mythological tales with which many of us (nerds) are familiar while putting a new spin on the story. Even better is that it manages to do that without any of that shitty, obnoxious, "This ain't your grandma's Hercules!" attitude many have come to expect from director Brett Ratner.

Dwayne Johnson plays the title character, who here may or may not be the son of Zeus. In this version, he's the leader of a band of mercenaries that includes an Amazon warrior (Ingrid Bolsø Berdal), a rakish knife thrower (Rufus Sewell), a seer gifted/cursed with visions of the future (Ian McShane) and a mute so animalistic he has to be chained up at night (Aksel Hennie from Headhunters). They are hired by Lord Cotys (John Hurt), whose kingdom is under threat of attack by Rhesus (Tobias Santelmann), who supposedly commands an army of brainwashed zombies and cerberus (cerberi?). Hercules and his men set about training an army for battle...but the real story only begins there.

It was a smart move on the part of screenwriters Ryan Condal and Evan Spiliotopoulos to give Hercules a team of supporting players (though they're working from a comic book by Steve Moore, so maybe he deserves the credit), as I'm not sure this iteration of the character could really carry his own movie. Dwayne Johnson is as charismatic as he always is and certainly looks the part of the biggest, strongest man who ever lived, but aside from a haunted past (his family was murdered, possibly by him) we don't get to know much about him. One of the drawbacks of Ratner's Hercules is that it doesn't really allow Johnson to be funny. It's not that I wanted a wisecracking Son of Zeus, but Johnson has such effortless comic timing that to handicap him by making him essentially humorless feels like mistake. 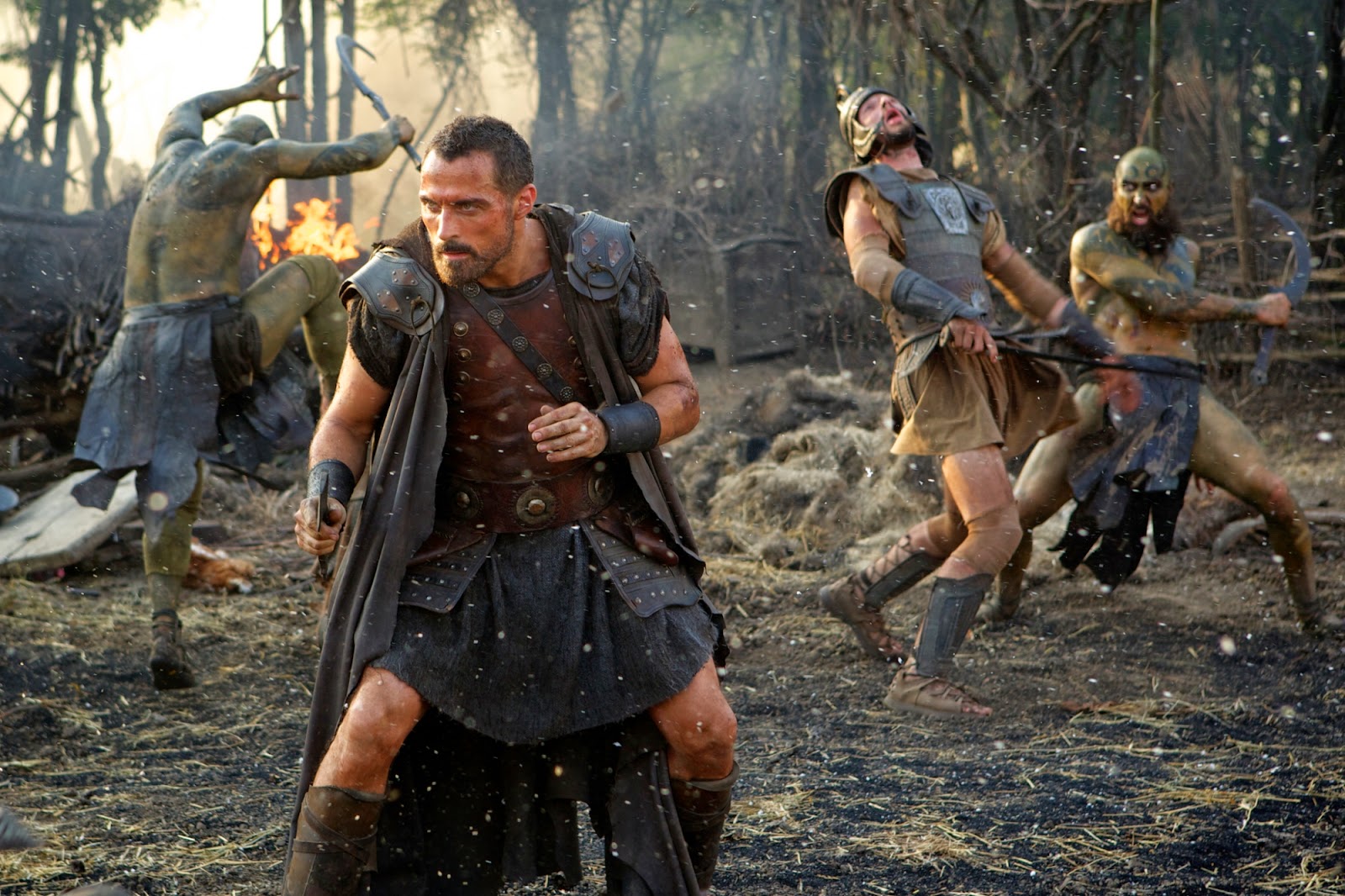 Luckily, the film still has plenty of humor, mostly thanks to McShane and Rufus Sewell, who here gets to be lively and fun for the first time since...possibly ever. I would say Joseph Fiennes is funny, too, but I don't think that was on purpose; regardless, he gives one of the most comically terrible performances this side of Sharlto Copley in just two or three scenes. Ratner's a filmmaker who likes to add humor and some lightness into his genre films, so there's comedy in the staging of scenes or even in the absurdity of it all. This isn't the kind of movie in which Dwayne Johnson throws a horse because it's cool or badass. He throws a horse because it's ridiculous and, by extension, kind of funny.

Sure, the movie has a bit of that post-Nolan tendency to "ground" things in reality, but at least here it's to a larger purpose. The movie wants to explain away some of the more fantastical aspects of the legend, but not just because it wants to be "gritty" or "real." It's because the film is commenting on the nature of myth-making itself; whether we see Johnson take down a three-headed dog that's not real or three separate dogs that also aren't real, it's all in the service of creating the image of a hero. The CGI creatures he fights look about as bad as the ones in Roland Emmerich's 10,000 B.C., but at least Hercules finds a kind of justification for it -- none of them exist in the film's "reality," only in stories told and pictures painted.

Hercules lapses into a few too many mass battle scenes, relegating the title character to a general shouting inspirational speeches to an army instead of a demigod completing impossible tasks. It's another reason it feels like the titular Hercules is sometimes forgotten in his own movie (I suppose it's like this summer's Godzilla that way), as though the movie is more about the legend than it is about the man himself. The battles themselves are staged well enough but start to feel redundant -- we've been seeing these same fights since Braveheart. This is also one of the most violent PG-13 movies I've ever seen; bodies are pummeled, impaled, sliced and hacked up, but not much blood is shown so I guess it's ok for the whole family. It's total hypocrisy. More than once, I could feel Ratner pulling back in the editing room to remove some of the brutality, which is too bad. This is a movie that should have gone hard-R splatstick. It so clearly wants to go that direction and might have become a kind of cult classic had it really doubled down on the violence. Maybe some of it will be restored on an unrated Blu-ray release. I certainly hope so. 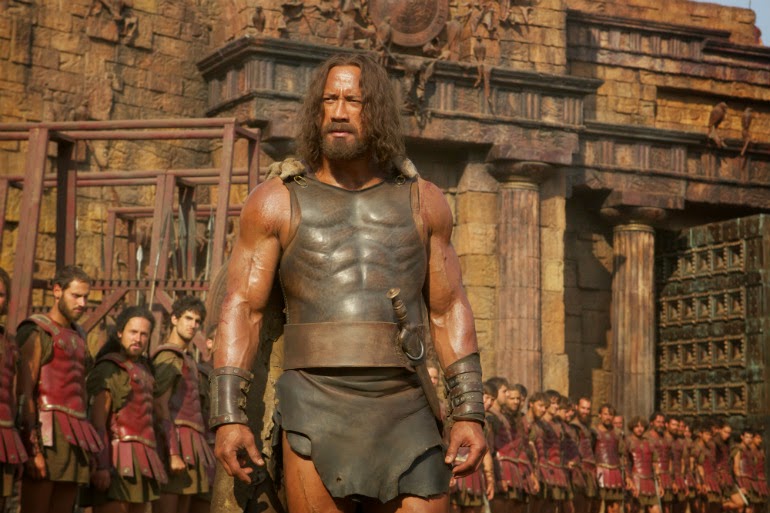 Calling the shots is Brett Ratner, a guy who continues to be dismissed as one of the least-talented, hackiest directors working today mostly because he's an insufferable douche in interviews. I've said a number of times that I find him to be at worst a competent hired gun, able to execute a number of genres effectively but without much personality. Hercules is the kind of movie that proves me right. There's nothing about it that suggests "a Brett Ratner film," but that's because there's really no such thing as a "Brett Ratner film." Instead, it's an efficiently made blockbuster that's a little smarter and a little better than it might have been in the hands of another workman filmmaker (you know, just like Rush Hour and The Family Man and Red Dragon and After the Sunset and Rush Hour 2, none of them great but all of them better than they probably should have been). His success here is not one of style but of tone. Tone is hard.

Is Hercules a great film? Hardly. But it never tries to be. It's not a movie bogged down by melodramatic weight and false import. It's a movie that wants to be big and brash and entertaining in a way that's a little bit silly. All of that feels like the right approach to this material. Come October when the "awards" movies start hitting theaters, no one's going to be in the mood for Hercules. On a Saturday afternoon in the middle of July? You could do much, much worse.