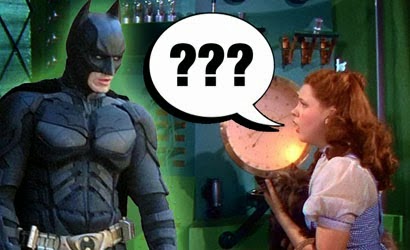 Doug is back and he's asking all kinds of questions about movies!

There is no way to answer this without sounding like a) a noob or b) a douche. A total Noobdouche (coincidentally one of my favorite characters in the Star Wars prequels). As a kid who grew up on Hollywood movies, most of what I've seen has been English-speaking. As I got older and more CULTURED I began venturing out into foreign language cinema (you can tell I'm serious about it because I call it CINEMA). Some of them were even in NOT COLOR. That's right. I know movies.

My easy answer is probably La belle et lat bete (Beauty and the Beast) directed by Jean Cocteau, which I have previously named not just my favorite foreign-language movie but one of my favorites of all time. But there are plenty of other movies made in a language other than ENGLISH that I love, to the point where I really no longer distinguish between "foreign" and "domestic"(I don't hear language and I don't see color). There are several countries whose cinematic output I should dig into deeper -- I haven't seen enough German films or films from the Middle East. I've only seen one movie in Esperanto. I need to pick it up. 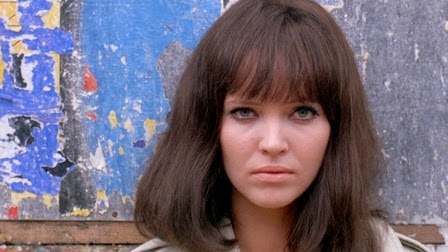 In terms of the classic "world" cinema, I tend to gravitate towards Japanese and French New Wave -- stuff like The 400 Blows and Kagemusha and Shoot the Piano Player and Tokyo Drifter. I've seen a bunch of Italian movies, but not Antonioni or Fellini. It's more Fulci and Argento and Bava (not even Mario...Lamberto!), but does that stuff count if the movies are dubbed and not subtitled? That's PRACTICALLY English. Most of the "world" cinema I take in these days is genre stuff: classic exploitation movies, Korean revenge thrillers, Swiss poo musicals. Stuff like that.

Is there a director out there, no longer working, who you'd like to see make a comeback?

Fred Dekker. I can't really take credit for this answer, because he was named by F-Head Shannon Briggs in the comments for a piece I wrote last year called "10 Directors Who Need to Work More." It was such a good pick that I was mad at myself for not thinking of it -- so mad that I've been giving myself the silent treatment for six months (I communicate with myself via dry erase board). Fred Dekker made Night of the Creeps and The Monster Squad -- two movies that mean a lot to me -- before getting called up to the "majors" to direct RoboCop 3. The experience was a nightmare and the resulting movie reflects that. It's a mess that makes no one happy, least of all Fred Dekker. That was in 1993. He hasn't directed since.

Dekker has been mostly M.I.A. for 20 years, save for some contributions he made to the first few seasons of Star Trek: Enterprise, still the least-loved show in that franchise. But why? Plenty of filmmakers have come back from bigger disasters than RoboCop 3 (a movie that still has things to like and the biggest problems of which -- like a PG-13 rating and kid-friendly tone -- can't be laid at Dekker's feet), so why has he languished in director jail for two decades? Some of it, I think, is self-imposed. I heard Dekker speak once a few years ago and he still sounded scarred from his experiences on that movie. I think he got so burned by the studio system that he has been in no hurry to repeat it. 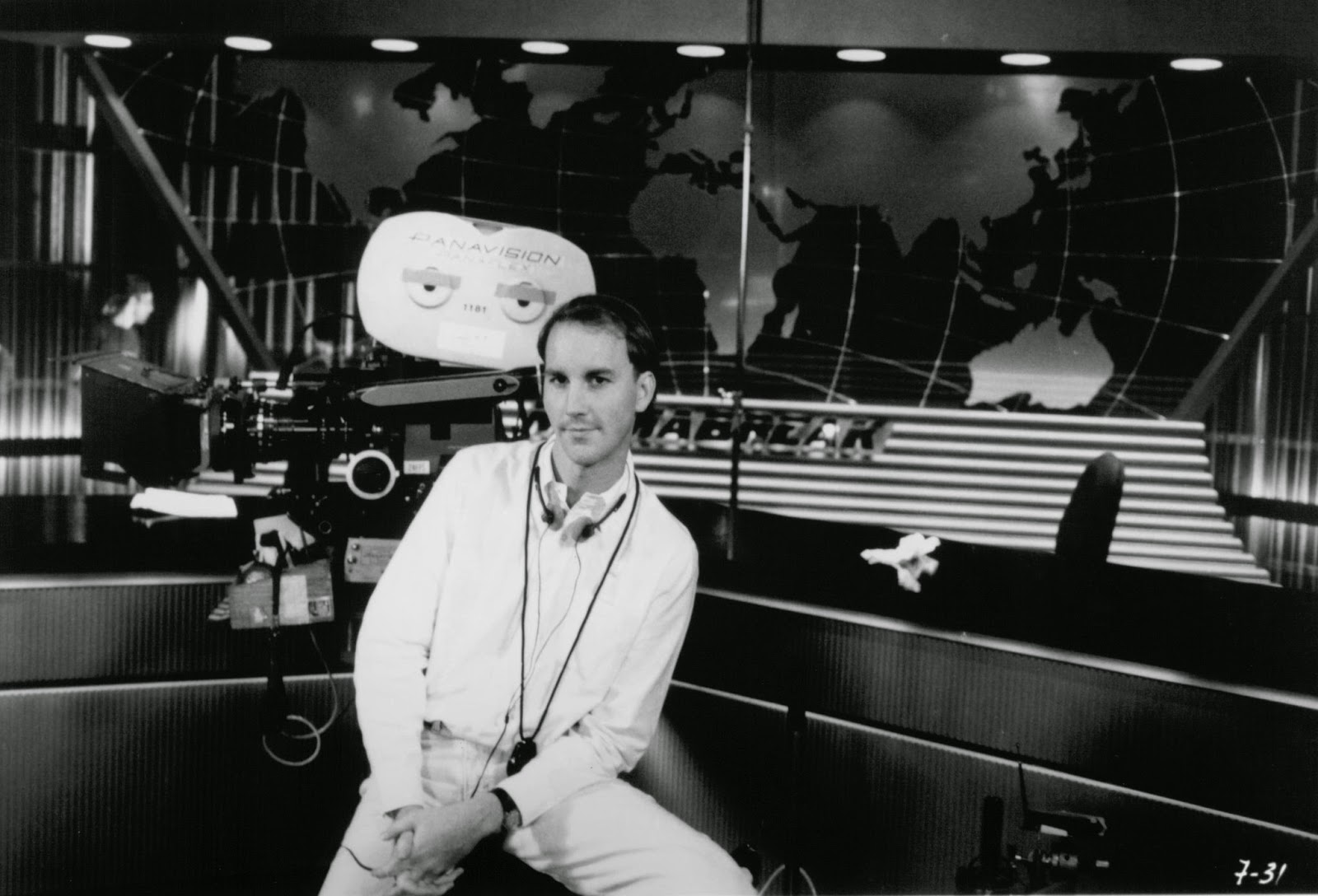 But it has always amazed me that Dekker couldn't get a smaller genre movie off the ground (assuming he tried and couldn't, and still assuming he wasn't interested in doing more big studio movies). Though it took some time for his first two movies to develop their respective cults, they are beloved by genre fans, some of whom are probably now in a position to give a movie a greenlight. Plus, pop culture has finally caught up with Dekker, a writer/director ahead of his time. He was doing genre-mashups and self-reflexive horror years before Scream and The Cabin in the Woods and countless other films started doing it. He should have gone on to have a huge career, even if it was just among genre fans.

The good news is that Dekker's name has recently resurfaced, though not as a director; he's apparently going to write the new Predator sequel with Shane Black directing. The movie nerd in me loves this, because Dekker directed Monster Squad which he wrote with Shane Black, so they've kind of switched places. Plus, Shane Black was in the original Predator and now he's directing a sequel. Do we need another Predator movie? Not really. Do I wish Black and Dekker (!) were collaborating on a different movie? Sure. Am I happy that they're making another movie together at all? YOU BET. Hopefully this leads to a Dekker renaissance. A Dekknaissance.

Do you have an actor who you constantly give a pass to, even though their work is pretty much the worst? And why is it Ken Wahl?

If I'm honest, it's probably Ben Affleck. He is NOT the worst, and now he's a really good director and an Oscar-winning producer and a cockblocker of my attempts to date Jennifer Garner (J/K Ben & Jen! I love their marriage and their kids are adorable.). But it occurred to me recently that he might not be a very good actor. I was watching the trailer for David Fincher's upcoming Gone Girl (which I'm excited to see and looks good despite being filmed in FINCHERVISION) and I started to realize he's just not...very good. But I've always liked him. Even during the dark years -- the Forces of Nature, the Gigli, the Surviving Christmas, the Paycheck -- I was on team Affleck. Maybe it's residual affection for him during his Kevin Smith days, when he would show up on DVD supplements and be FUCKING HILARIOUS. Maybe it's because Good Will Hunting meant a lot to me in 1997.

I never turned on the guy, even when the rest of the country was beating him up and turning him into a national punchline (to be fair to America, he wasn't helping matters much). I was happy to see him come back with Gone Baby Gone and his career resurgence is second maybe only to Robert Downey Jr.'s for the craziest and least expected of the decade. Now he's playing one of the biggest pop culture characters of all time in what will probably be one of the biggest movies of all time. If I'm being honest, his casting as Batman is what has me most excited to see Batman v. Superman: Dawn of Justice (still one of the worst movie titles in recent memory). It's not even that I want validation for standing by him all these years. I'm genuinely interested in seeing what his Batman is like.

But, yeah, he's sometimes not a great actor. Like, I would be hard pressed to think of a really good Affleck performance. I think his character turn as George Reeves in Hollywoodland comes close, though I know my boy Hollywood Heath begs to differ. And I've certainly liked him in a number of movies, but that might be residual affection for him more than a response to his performance. Whatever the case, it doesn't matter. I end up seeing all of his stuff. Except Runner Runner. Never Runner Runner.

Also Steven Seagal. But he really is the worst.

Did you hear that they already have a release date for Guardians of the Galaxy 2? What's up with that? 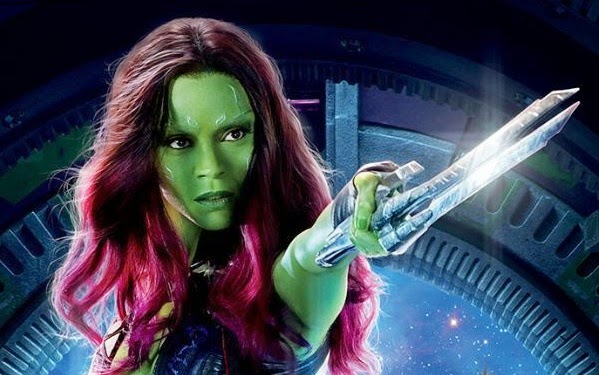