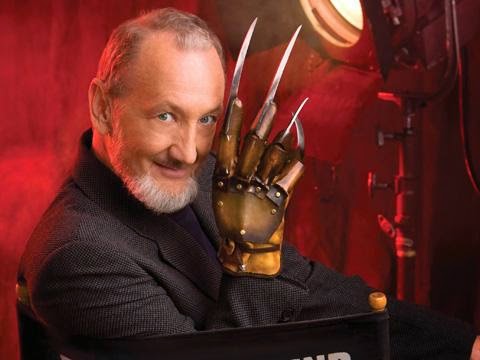 So there's this thing called the Saskatoon Expo taking over my city this weekend, which will give lovers of movies, television and comic books ample time to get their fix of all things awesome. As luck would have it, I have the opportunity to nerd it up to my heart's content and maybe (just maybe) wrangle myself an interview with a couple actors that paved the way for generations of horror films.

My most anticipated potential meeting is with Freddy Krueger himself, Mr Robert Englund. In preparation of chatting with such an iconic monster from my childhood, I spent some time revisiting a couple cherished classics and treated myself to some first time viewings of a few popular(?) films I somehow missed out on over the years.

First up, Bruce D. Clark's Galaxy of Terror had me with its super low budget production design magic by a then little-known James Cameron. Throw in (SPOILER) an over-the-top-how-far-can-we-possibly-take-this-death-by-worm-raping scene and some attention-grabbing performances by minor characters played by Robert Englund and Sid Haig and you have yourself a film that has gained itself a cult following. Myself, I think I am in need of a re-watch to feel the love, but I was definitely entertained for the most part. 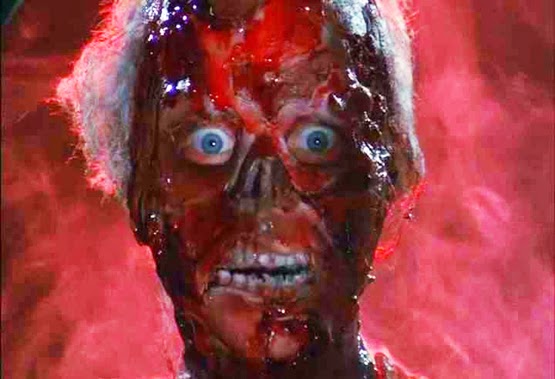 I followed this with a few Nightmare on Elm Streets, which really need no further elaboration by me as the series has been covered in depth by your favourite podcasters! Love em, hate em, either way, listen to the guys chat about the series here! But I did at least need to mention it, so consider it mentioned. “This is it, Jennifer! Your big break in TV!” Heh heh heh. Ahhhhhhh.

With over 140 credits as an actor in both film and television, I can honestly say that I am always delighted when Englund appears unexpectedly even in a brief cameo. Looking back to one of his more recent performances in Jack Brooks: Monster Slayer (which I touched on last time), I will forever hold Robert Englund near and dear to my heart, and he will always remain an actor I will watch in just about anything. Oh muppet demon, how I love thee. 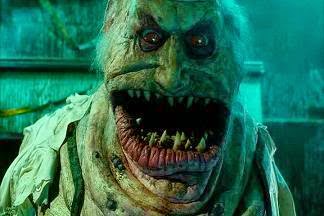 Another notable guest appearing this weekend, having portrayed damn near every type of character, from Bishop in the Alien series to Kerchak the gorilla in Tarzan to a vengeful demon unleasher in Pumpkinhead, Lance Henriksen has appeared in over 130 feature films and more than 35 television series, not to mention all of the made-for-TV flicks, miniseries, video games and basically anything else you can imagine.

Having heard much about, but never watched Pumpkinhead, this was the first on my list of his films to watch, and I quite enjoyed it. The tone of the film maintains a darkness throughout, even in the light of day, creating an immediate setting for what is to come. Portraying the lengths to which a heartbroken father will go when what he cherishes most is taken from him, he unleashes a demon of Pumpkin Proportions that slasher fans are sure to enjoy.

Following this with a viewing of one of my all time favourite sci-fi action films, Aliens was the next logical choice! I have to say, as far as horror and sci-fi go, the Alien series (1-3 anyways) is my go-to for those dark rainy days when you can't find anything else to watch. LOVE THEM! They're my all-time rainy day comforter. 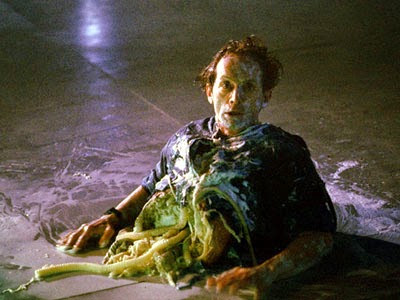 Other notable guests that must be mentioned:

Do we have any lovers of Star Trek: Deep Space Nine in here? (I'm a TNG nerd myself, but it's okay, we can still be friends!). I know, I know, MOVIES. Which brings me to Nana Visitor. I was so focused on getting my Freddy and Bishop fix that I missed out on catching her performance as Pamela Voorhees, crazy mommy dearest to one of our most beloved slasher film bad guys Jason, in 2009's Friday the 13th. Is this a don't-mess-with-a-classic moment?

What are some of your favourite, memorable and/or “hate that you love” characters, performances or films by these iconic actors? And what would you have us ask should the opportunity arise to chat with any of them this weekend?
Posted by Patrick Bromley at 12:00 PM