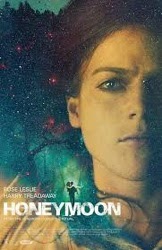 I wanted this movie to work but it doesn’t quite get there.

Sometimes on F This Movie!, I get the jones for “breaking” a movie, meaning I want to be able to tell our community about something great and get them to watch it. I can’t tell you how much I wanted Honeymoon to be that next movie. It is the greatest pleasure of mine in writing to tell you about the next awesome thing, especially if that next awesome thing is a horror movie. But in this case, it was simply not meant to be.

For a movie that's just alright, Honeymoon contains two strong lead performances and some interesting and poignant psychological elements. It just never comes together to make a good horror movie. It has the elements, but it’s a case where the sum doesn’t equal the quality of certain parts. Like with its lead female character, there is something missing with the movie and it drove me crazy figuring out what that something is. Then I figured it out: Honeymoon is a good relationship drama trapped inside a routine horror movie. 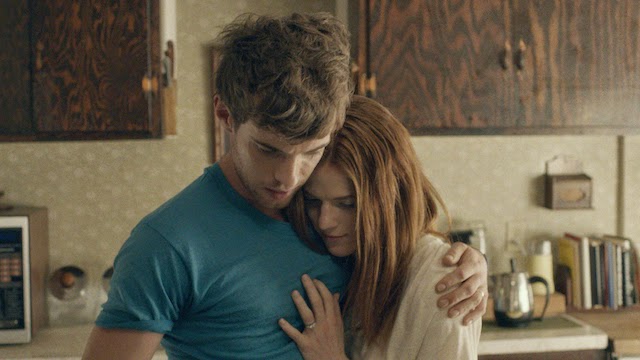 The plot in brief: A young newlywed couple, Paul and Bea (Harry Treadaway, Rose Leslie) travel to a remote cabin in the woods for their honeymoon. However, late on their second night, Paul finds a disoriented Bea naked in the middle of the woods. In the ensuing days, Bea’s behavior becomes more peculiar and distant. Believing something happened to Bea in the woods, Paul becomes desperate to get his wife to return back to normal.

To exemplify what works about Honeymoon, allow me to make a quick digression. What's most effective about the movie is that it nails the “oh shit” moment in a relationship, where you are feeling that your lover is growing increasingly distant or resembling a facsimile version of the person you fell in love with. I have been there personally, as most of us have, and that is a scary and hopeless feeling. The person you thought you couldn’t live without is at least temporarily gone and you have to start thinking again about your own self-preservation -- you might have to live without them. This aspect of a relationship could work for a psychological horror movie (and has in Rosemary’s Baby, for example). The problem with Honeymoon is that this is an element of the movie, but not what the movie is actually about. It has more of a genre sensibility on its mind so this relationship drama is relatively unresolved and the culmination of the actual plot is pretty anti-climactic and routine. 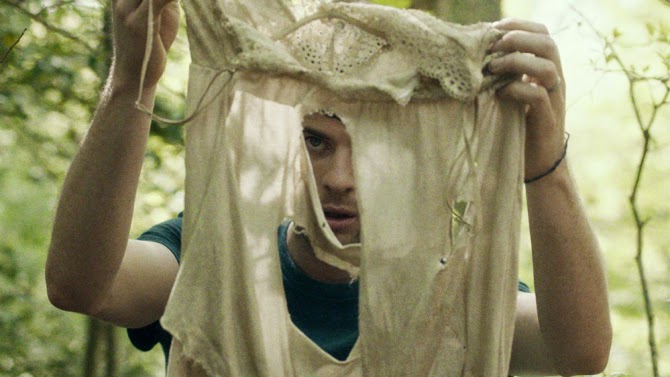 I also want to give some positive mentions to the two leads. Honeymoon is mostly a two-character movie (there are a couple of other characters on the fringes that tie more into the text than the subtext) and the two actors do a nice job. Harry Treadaway has has supporting parts in some movies I truly enjoy (Control, Fish Tank), but never made much of an impact on me until Honeymoon. He effectively captures that romantic desperation element. Rose Leslie, I’m told, is from Game of Thrones (which I have never seen), so this was my first look at her work. I find her appealing. She has a not-funny Emma Stone vibe to her and it’s easy to understand why a guy like the Paul character would be in love with Bea. She’s cute and spunky. Neither is American, and they are playing a couple from New York (I think), so the accents are a little wonky at times, but it’s something you can get over quickly. The key is that I wanted this couple to succeed and overcome their obstacles. To a horror movie, or any movie for that matter, that’s crucial. There has to be some rooting interest, and it’s easy to want to see everything return to normal for these two characters. I would watch these two characters in the same setting in a drama, which is a good indication that the characters work.

I’m starved to give you a notion of what this movie is similar to, but that would provide too much of a spoiler. Therein lies the problem with much of the movie. I could tell you Honeymoon turns out identical to THIS or that it’s similar to an episode of THAT and that’s actually all there is to it. When you watch the movie, you’ll pick up on its end game pretty early on -- so early, in fact, you’re expecting the movie to in some way subvert those expectations. It’s disappointing when it doesn’t. As the end credits rolled, I was surprised by how much I was not surprised, which is a bad thing. I wish the movie was more over-the-top or audacious. It needs to be when essentially reinterpreting well-tread genre material. 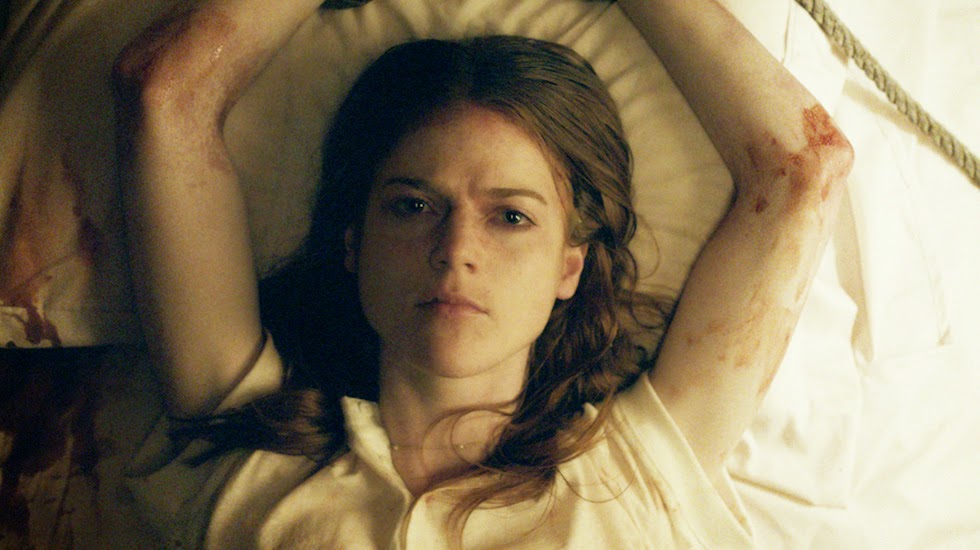 The movie was written and directed by Leigh Janiak. It's decent first-time work. I would be interested in seeing her next movie. There’s authorship here. I would just advise that maybe horror is not her strong suit. Honeymoon is certainly suspenseful, but in ways resembling relationships going through bad patches can be suspenseful. It’s relationship scary. I didn’t feel genre horror-scared during Honeymoon.

As I said earlier, something is wrong with the horror in this movie where it was just not effective. Some of it has to do with a lack of atmosphere. The movie takes place in a cabin in the woods (and the surrounding areas), and while it’s nicely shot, the compositions don’t come alive. The woods and the isolation of being one of the few people there never feel imposing. It’s as if the setting was decided and believed to be intrinsically scary, but something more needed to be done. Hell on Earth might be happening for the two leads, but the setting never amplified the chills. The mood is just methodical and not methodical with growing dread.

I feel so disappointed by Honeymoon because this movie could have been great. It made me think about my own life and issues I’ve dealt with, so I have to give credit for personally affecting me. The movie has a good deal to say about sex and how important it is in many relationships (how it can be a barometer and make people feel weak and/or strong), so the social commentary, which horror is so good at, is there. I just wanted the movie to be more willing to try something new with its material instead of covering such familiar ground. This is the type of movie where I was engaged throughout but the imperfections were bothering me fundamentally as I watched them.

Is the movie worth watching? Fuck it. Watch The Guest or Tusk or The Drop or The Skeleton Twins.