Review: This is Where I Leave You 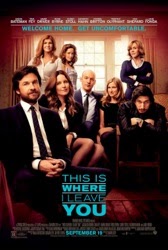 This is where I re-view.

Sigh. I don’t want to be poisonous or unkind, but let me leave no doubt that I hated This Is Where I Leave You. The movie made me irritated to a point that felt like my skin was crawling, but I promise the rest of this review will be an analysis of why it didn’t work for me as opposed to a diatribe of toxicity. If I found any glee in doling out vicious pans, I would get a job at Pizza Hut.

This Is Where I Leave You sits firmly in the family reunion dramedy subgenre, of which I am not a huge fan. Dan in Real Life is another example. These movies always strike me as bizarre displays of familial machismo (look how much I hate my family!), similar to how on too many sitcoms husbands can’t stand their wives because the nags won’t let them watch the “big game.” What drew me to the movie was that I needed something to review this week and it had a few cast members whose work I have enjoyed in the past, including Jason Bateman, Adam Driver and Rose Byrne. I was hoping the experience was going to exceed my lowered expectations (I don’t care for much of the rest of the cast or the director’s past work), but the movie didn’t. In fact, it was worse than I thought it would be. At least Dan in Real Life had that insane talent show. This is Where I Leave You is just a monotonous sludge through family drama inhabited by characters we are, in many cases, not even supposed to like. And where are the jokes? 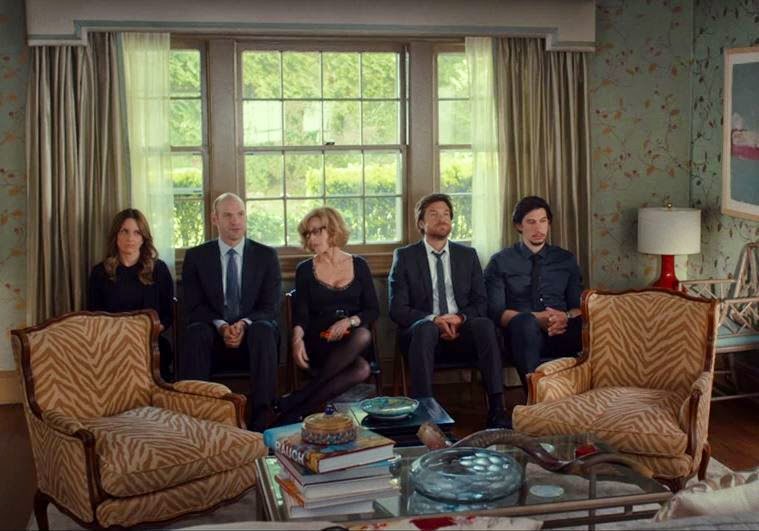 The plot in brief: The Altman family (Jason Bateman, Jane Fonda, Tina Fey, Corey Stoll and Adam Driver) are reunited after they are asked to sit Shiva for their recently passed father/husband. Old rivalries and grudges are explored as the Altmans each go through complicated patches in their personal lives, including May-December romances, trouble with pregnancies and affairs. Sounds hilarious.

The redeeming qualities of the movie are precious and few, but they’re there. Jason Bateman continues to impress me. You never spot him being bad in a movie no matter how bad the movie he is in is. He’s so great at playing regular guys who have just enough character shading that you believe this person had a life before the movie began. He is tasked with tackling some of the tritest of the dialogue ("I want my life to be complicated," “I thought I had a perfect life,” etc.), but that’s not his fault. My crush on Rose Byrne means my objectivity might be shot at this point, but she is a bright spot in an otherwise stagnant movie. Whenever Bateman and Byrne shared a scene together, I immediately perked up. Theirs is the best material in the movie (a burgeoning romance) because at least it feels happy and hopeful. Adam Driver is again stuck playing another man-child, and while I am a fan of the actor (he elevates what he is given), I’m starting to think he is getting pretty typecast. Good thing he has Star Wars in his back pocket. The movie also looks pretty with lots of sunny days and trees and whatnot. 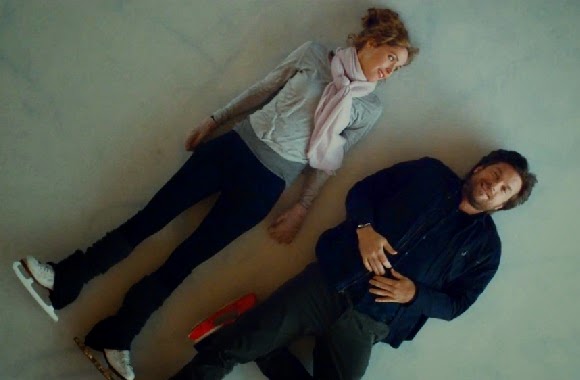 That’s about all I can say that' nice about the movie. The rest of the cast either doesn’t make much impact (including Corey Stoll, Kathryn Hahn, Dax Shepard, Connie Britton, Tina Fey) or are given broad, embarrassing parts to play (Jane Fonda, Timothy Olyphant or even Adam Driver). The Jane Fonda performance is too big by half (and I don’t mean her breast enhancements, which are source of much of the movie’s humor -- that and the word “boner”) and poor Timothy Olyphant has to play a character with a brain injury caused by a car accident that occurred before the events of the movie. Watching this reliable actor have to act confused and cloudy for an entire movie is tough to take. I felt bad for him.

This is Where I Leave You was directed by Shawn Levy of Just Married, The Internship and Night at the Museum fame, and neither the cast he's given nor this being his first R-rated film has elevated his game here. Its director-for-hire stuff. He’s made a generic, edgeless R-rated dramedy with zero energy or surprise. I can only begin to tell you how repetitious this movie is. You could truly jumble scenes up and re-arrange them with little consequence. The movie is 103 minutes long and feels twice that. I was extremely bored. The writing is equally spotty (it’s written by Jonathan Tropper, based on his novel) with huge chunks of dialogue exuding faux importance in the “this is what I figured out” vein. People in this movie only talk in glib asides or drum-beating monologues. 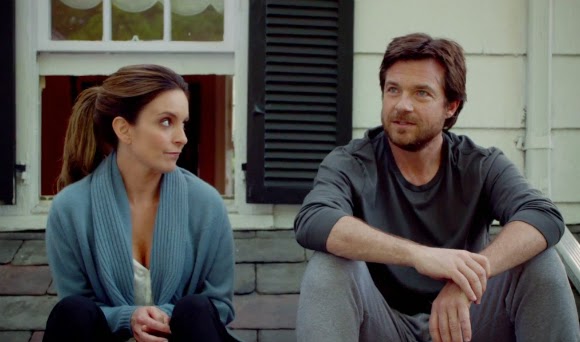 Anyways, I feel I've made my point. This is Where I Leave You clearly didn’t work for me, and I don’t want to spend much more time out of my life writing or even thinking about it. It’s a movie about stuff that happens in movies as opposed to having any interesting observations about death, friendship, love, happiness or family. It’s not even sitcom-level stuff. At least sitcoms are usually entertaining and know to insert jokes.

This is where I leave you, movie.
Posted by Patrick Bromley at 12:00 PM