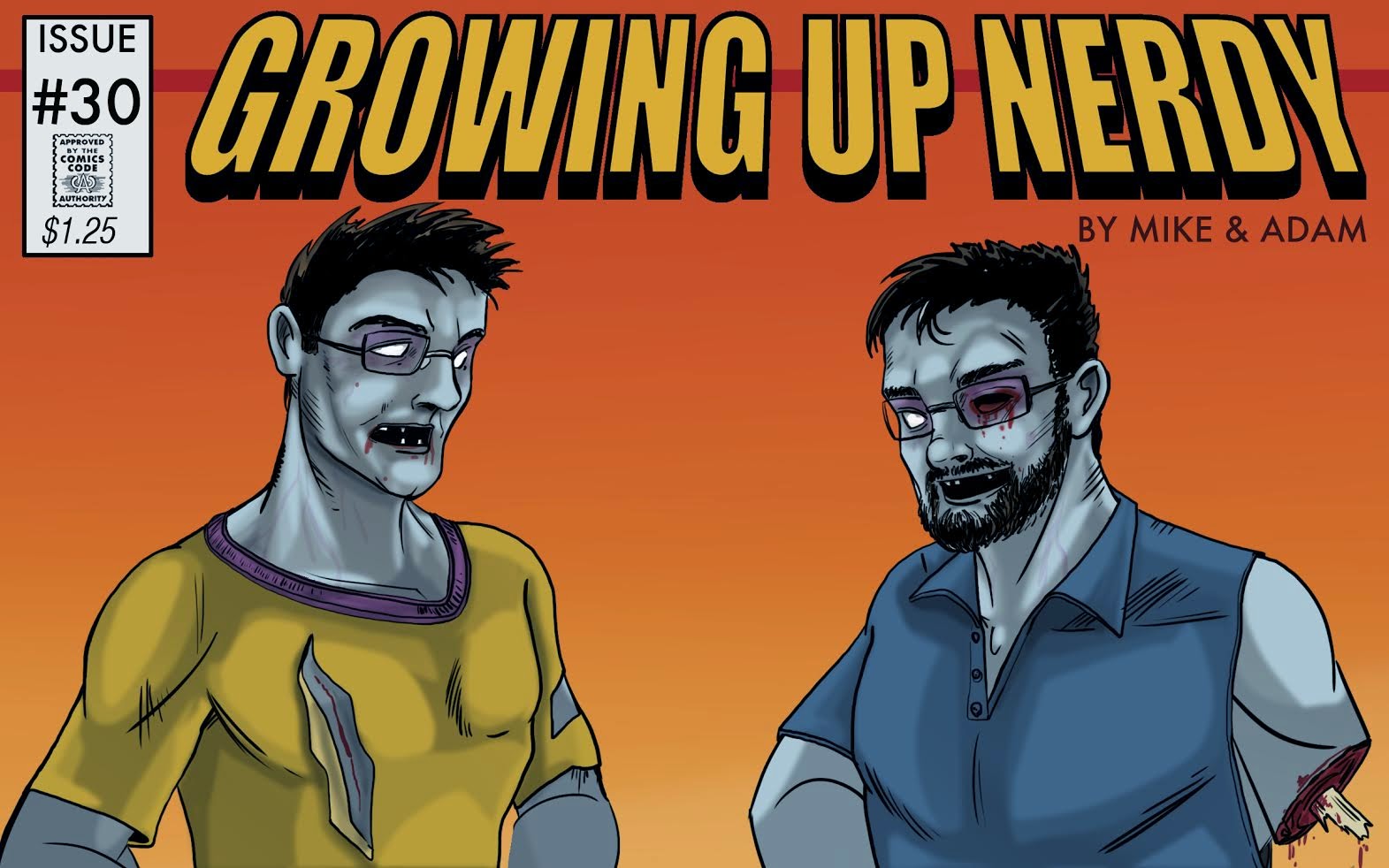 The Nerdy Boys are getting scary in the funny books.

I love Scary Movie Month! Like love, LOVE, it! However, there are only so many hours in the day that I can watch horror movies. So I was wondering, is there any good horror comics you’d recommend?

Mike: I’ve dipped my toe into the world of horror comic books, but have yet to dive all of the way in. There have been plenty of series with elements of horror that I’ve dug, from Sandman to Preacher to Swamp Thing to Hellblazer. In the past, I’ve read comic books based on Halloween, A Nightmare on Elm Street and The Thing. Want something more current? Then you could go to your local comic book store and buy Hellraiser, Army of Darkness or Nightbreed off the rack. X-Files has a current series as well. While they were much bigger in the '90s, books like Evil Ernie and Vampirella are still kicking around. Even George Romero has a comic book out called Empire of the Dead. If you prefer the classics, EC Comics has reprinted all of their infamous stories from books like Tales from the Crypt or The Vault of Horror. The most popular horror book right now (and my guess is it’s the most popular by a mile) is, of course, The Walking Dead. There are loads of options for a horror comic book fan out there.

Recently I attended Wizard World Chicago, the biggest local comic book convention of the year. Every time I attend a convention, I like to give a new book a try. I usually rely on Adam or our friend Matt for recommendations, but this year I went on my own. I had read some good things about Joe Hill and Gabriel Rodriguez’s Locke & Key, so I picked up Volume One (issues 1-6) from a dealer. I began reading it while in line to meet Karl Urban and was almost instantly hooked. I’m not a big fan of haunted house stories -- it may be my least favorite horror sub-genre -- so I wasn’t convinced it would work for me in comic book form. Surprisingly, it did. 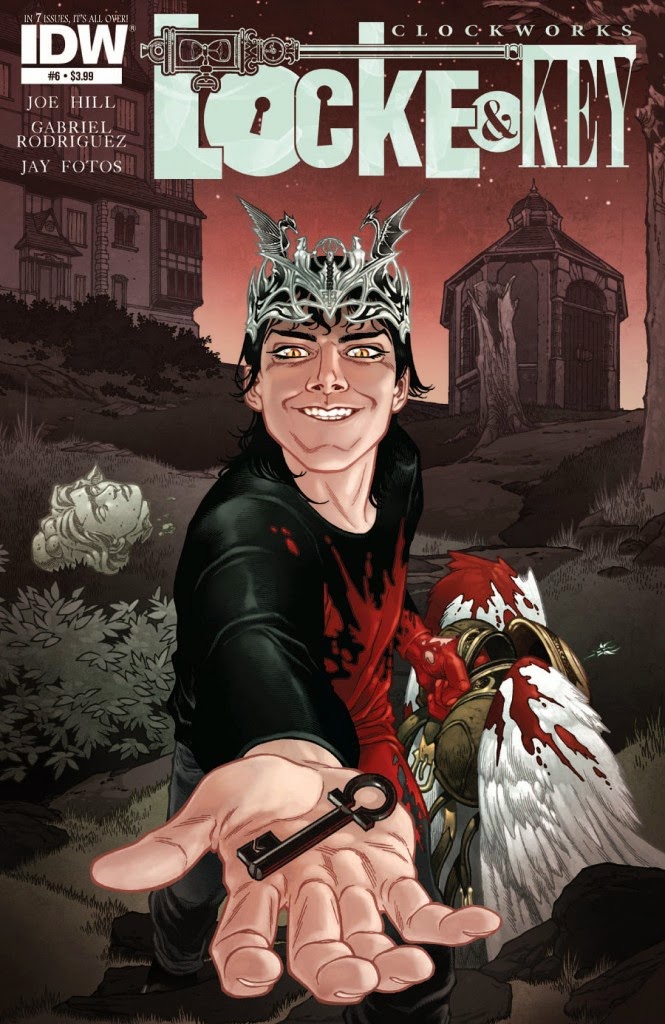 Locke & Key tells the story of a family coming to grips with the murder of their father, Rendell. After his death, mother Nina and three siblings, Tyler, Kinsey and Bode, move into the father’s childhood home to get away from the ghosts (figurative) that haunt them out west. The new house, however, has a new set of ghosts (literal), and a mystery begins to unravel. Throughout the home are keys, all with different purposes, all with strange and potentially dangerous powers. And each key seems to tell its own tale and has its own history. Joe Hill does such a great job building this story, adding layers as we go along, learning more and more about the father’s past and what “lives” inside the house, as well as the forces on the outside trying to force their way in. It’s a really compelling story, with great dialogue (something that is often lacking in comic books). Hill manages to make the characters in Locke & Key sound like real people, and react the way real people would likely react in these extreme situations. Sure, there has to be some flexibility there, but overall they are relatable and likeable, therefore, we care about them and what happens to the family. Like any great horror story, it starts with the characters.

To be fair, I’ve read only the first three trade paperbacks (18 issues), so I’m a little less than halfway through the series so far. Maybe Locke & Key shits the bed, like many horror movies tend to do in their third act. It’s hard to stick the landing with horror, but either way the journey thus far has been nothing short of fantastic.

Adam: It’s hard to really talk about a specific “horror” comic because, to be honest, there aren't a lot that strictly focus on that genre. There are some that walk the line of horror, but every comic has at some point touched on a horror aspect. For instance, Spiderman has fought Frankenstein and the Wolfman, and the X-Men have fought their fair share of vampires (including turning Jubilee into one). But there are two strictly “horror” themed books that I did enjoy… at least, for a time.

If you haven’t read Marvel Zombies (the original one from 2005), it’s really fun and regularly available. Robert Kirkman of Walking Dead fame wrote a miniseries in which all the heroes of the Marvel Universe are turned into zombies. The artwork is okay, the story is fun, and the covers are super cool. It’s a nice little tie-in from what was essentially a short Ultimate Fantastic Four story. The reason I say just stick to the original is because like with most cash cows, Marvel overdid it. The story eventually gets really, really drawn out and kind of boring, and what was a fun little mini-series starts to kill a good idea. I highly recommend at least the first trade paperback. 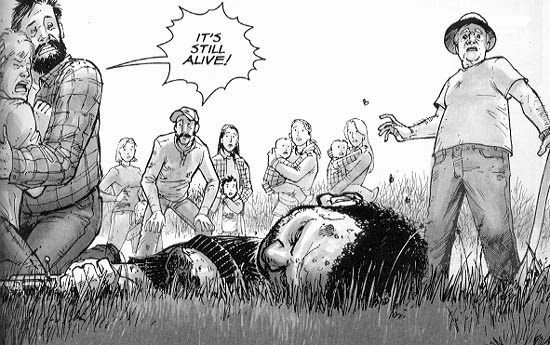 I guess the other horror comic that I was REALLY into is the previously mentioned Walking Dead. You all probably know it from the AMC series, but before that it was a fairly successful comic book. I know that I’ve mentioned my love/hate relationship with the Walking Dead previously, but allow me to go into a bit more detail. I LOVED Walking Dead. For a period of about three years, I can easily say it was my favorite comic book. The comic takes a bit longer to get where it wants to go than the TV show, which it should -- it has the time to really character develop, not to mention that Tony Moore, who did the first several issues, is a really great artist. He is a great story teller and has some really expressive characters that I love. After issue 6, Charlie Adlard took over. It's not that Adlard is a bad artist, he’s just not Tony Moore, who I think is a lot better.

For a while I was collecting two issues a month of Walking Dead. No, not because I’m some crazy collector. Because I couldn’t wait for the next issue to come out, I would stop at the comic store on the way home, read it in the parking lot and then go to my regular store a few days later where it was being pulled for me. Around issue 20, things started to change and some of the flaws in Kirkman’s writing started to get in the way. Kirkman writes action very well, and, in turn, the first 20 issues are really fun and action packed. Then Kirkman slows the story down. My biggest criticism of Kirkman is that he falls in love with his own words, so much that he "tells, not shows." Now I know I come off as an uncultured moron, but enough is enough with the words. It got to the point where characters started to say the same damn thing over and over, and the book started to feel repetitive.

I was already getting sick of Walking Dead when they introduced the governor. The TV version of The Governor is a lot better than one in the comic. Kirkman goes to the extreme in the comic -- places where the TV show won’t go because of a need for a larger audience. The comic became so violent, nasty, and mean spirited that I no longer wanted to be a part of it. I’ve tried reading issues of The Walking Dead recently but it just doesn’t appeal to me anymore; the book takes itself too seriously. I read comics for an escape. If I wanted to feel bad about myself, I’d watch Sarah McLachlan’s ASPCA commercials. In the end I’d say I’m a bigger fan of the show than the comic, but those first 20 issues of Walking Dead...wow, I can’t recommend them enough. 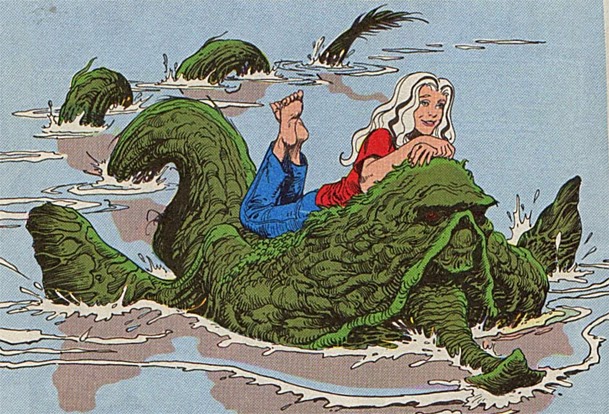