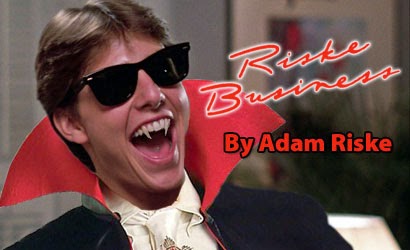 Here are 10 horror movies I wish people talked about more.

Candyman – I think Candyman is one of the best horror movies of the 1990s. It’s certainly one of the scariest. It feels haunted down to its DNA. Much of that has to do with the chilling atmosphere brought by the Cabrini-Green housing development setting. This is one of the few times I can recall gore freaking me out in a movie. It’s so over-the-top that you feel unsafe, as if Clive Barker and director Bernard Rose are truly going to take you over the edge. Candyman stars Tony Todd in a now-iconic horror role and Virginia Madsen, who claimed she was hypnotized when she shot certain scenes of this movie. I don’t know if that’s true, but if it is...holy shit. The big reveal at the end of this movie has been burned into my brain and was nightmare fodder for many sleepovers when I was growing up. It’s extremely effective.

Drag Me to Hell – I’m a mark for crazy, exaggerated horror movies and Drag Me to Hell is an absolute miracle of nuttiness that goes all the way with its premise and has no sense of decorum on its way to getting there. It’s also the loudest movie maybe ever. Initially well-received by critics, Drag Me to Hell never seemed to catch on with audiences at the box office or later as a cult classic (maybe it’s too new). That’s a real shame. I think part of it has to do with the movie being released in May, which is crazy; this should have been released during October for Halloween. It’s one of the best horror movies of the 2000s, with tons of energy, a wicked sense of humor, a terrific score by Christopher Young and a heroine worth rooting for. I know, I know, the Allison Lohman character (who replaced original choice, Ellen Page) kills a cat BUT that shouldn’t be enough for you to not appreciate everything else this movie has going for it. I love Drag Me to Hell. It’s Sam Raimi’s most underrated movie. 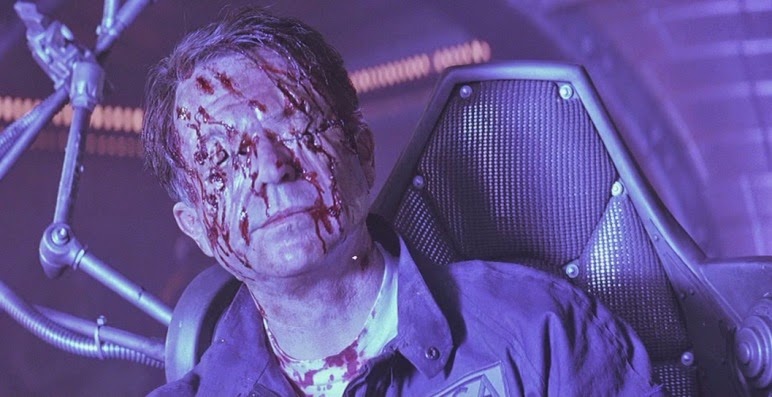 Event Horizon – In space, no one can hear you’re fucked. I am aware that Event Horizon is not a smart movie (one critic called it “A retarded goth version of 2001: A Space Odyssey”), but it’s a horror movie I enjoy quite a bit. Is it derivative? Absolutely. Needlessly gory? Perhaps, but in a fun Wishmaster way. The Clive Barker-esque imagery is quite freaky for mainstream sci-fi/horror, the production design is terrific, the music is awesome (mostly done by the band Orbital and composer Michael Kamen) and it’s got skinny Laurence Fishburne and a gone-crazy Dr. Alan Grant. If Sam Neill (maybe the most dependable person on the planet, but THEY’RE IN OUTER SPACE, which is the problem, you see) is in cahoots with Satan, you know you’re really done for.

House of Wax (2005) – This one’s not perfect (wait, a Dark Castle-produced remake of House of Wax is not flawless??), but there is much to enjoy here including a sensational climax with the melting house of wax. I also don’t think the movie gets enough credit for how unsettling and suspenseful it is. House of Wax was known as the horror movie with Paris Hilton when it was released, but that’s dismissive because while she’s not good in it, she’s not distractingly terrible either. So who cares? House of Wax also features one of my favorite horror movie tropes – the establishing shot set to 15 seconds of heavy metal music. Whoever came up with that should be knighted. House of Wax marks the directorial debut of Jaume Collet-Serra, who went on to direct the equally underrated Orphan. 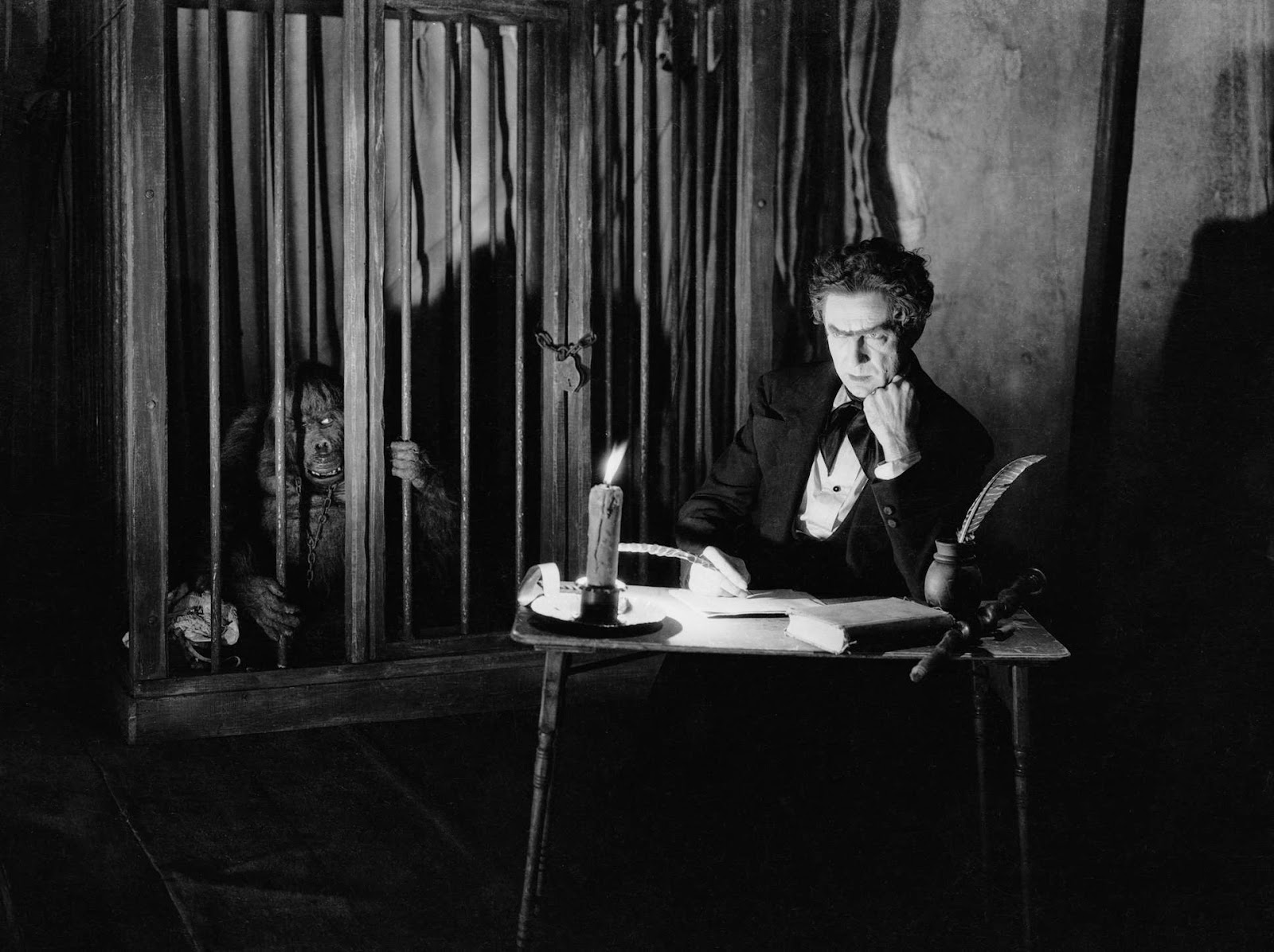 The Murders in the Rue Morgue (1932) – This atmospheric and silly Universal Studios oddity is well worth seeking out and runs a lean 61 minutes. It’s the story of the mad scientist Dr. Mirakle (subtle) played by Bela Lugosi, who is trying to prove something with evolution by mixing the blood of the killer ape Erick with the women of Paris whom he has kidnapped. Mayhem ensues, including a rooftop chase between the leading lady’s beau and Erick the ape, who is sometimes stock footage and other times a man in an awful gorilla costume. My favorite scene comes halfway through the movie. It is a continuous shot of a woman being pushed on a swing. I would assume the camera trick is relatively simple, but the effect is hypnotizing. I could watch it on a loop forever. Co-starring my 1932 movie girlfriend, the aptly named Sidney Fox.

Scream 2 – While not as good as the first Scream, Scream 2 is much closer in quality to the original than to its far inferior later sequels. The college setting makes me feel like revisiting this one the most out of all the Scream movies. I just love colleges. I don’t think the humor holds up all that well in Scream 2, but the suspense set pieces still do. It feels like a time capsule of the late '90s in a fun, nostalgic way. Plus, it has one of the most surprising kills in horror history – one that gives the movie stakes and preventing it from veering into parody. 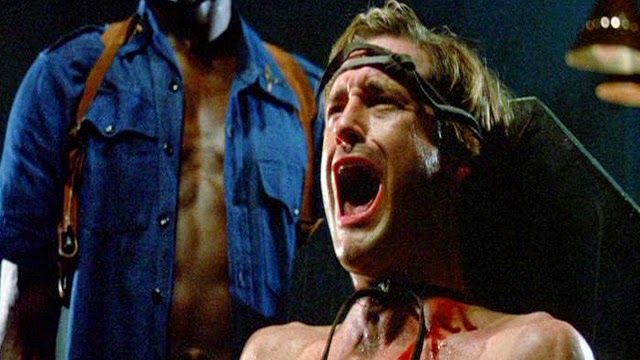 The Serpent and the Rainbow - This movie's a doozy. The thing I look for most in a horror movie is mood, and The Serpent and the Rainbow is one that has a constant feeling of dread, threat and danger. I felt like bad things were going to happen to me and I was just watching it on my computer! With the main subject being voodoo, it allows the movie to go in some unsettling and weird places with really interesting imagery. Above all else, this movie is a uniform success in production value. I wish the script was a little tighter (shoehorning in a revolution in Haiti doesn't do its climax any favors), but my main takeaway from the movie is its unique take on the tired zombie subgenre. What's scarier than someone trying to kill you? How about someone trying to taunt your soul even after death? Yeesh!

Stephen King’s Thinner - There's something about the rhythms of a Stephen King adaptation that I enjoy, which makes me forgive their faults. They are comfort food to me. I re-watched Thinner last October and enjoyed it more than ever largely due to the impressive makeup effects and the movie's dark sense of humor. The lead actor, Robert John Burke, is not the best, but he's entertainingly bad and Michael Constantine is great as the gypsy father. I could listen to that guy talk all day ("Die clean, white man from town. Die clean."). This movie is super entertaining and a prime example of good trash. You should watch it. 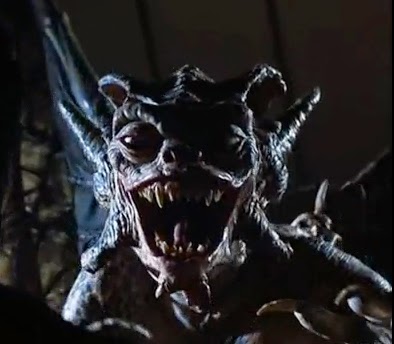 Tales from the Darkside: The Movie – I will always have affection for this movie. It was the gateway horror movie that took me from Universal Monsters to the more hardcore/slasher movies. Plus, it still holds up! This is the rare anthology with no weak segments. The first segment is mummy fun and stars Steve Buscemi, George Kuffs and Julianne Moore (in her acting debut). The second segment contains the adorable William Hickey and ends with one of the best gross-out punchlines in any horror movie. Last but certainly not least is a love story between an artist and a fucking gargoyle. It’s nuts and features great practical effects. Hell, even the wrap around segment in strong in this one.

Wishmaster - Look, this is not a good movie. I really like it, though. I can't explain it. I know the story is bad, the acting is worse and it has no suspense whatsoever. But it's so stupid and takes itself so seriously that it somehow becomes kind of transcendent.
Posted by Patrick Bromley at 6:00 AM