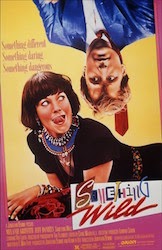 Take a look at the essential movies from one of my favorite filmmakers.

On his commentary for Boogie Nights, Paul Thomas Anderson spends a moment mentioning his influences. He acknowledges that his film is often compared to the work of Martin Scorsese and Robert Altman, and it's easy to see why -- it's got the energy and stylistic flash of Scorsese and the large ensemble/multiple story threads of an Altman film. But what PTA points out -- and what I had never thought about until he said it -- is that he thinks his biggest influence on that movie is Jonathan Demme.

Like so many filmmakers who got their starts in the 1970s, Demme came up through Roger Corman, scripting a couple of exploitation quickies before being allowed to direct a few himself. He quickly graduated to making Jonathan Demme movies -- performance-based character studies about characters who either choose to or are forced to live outside mainstream society. Damme would alternate those movies with his other passions: documentaries and music films, and all three forms would continue to inform one another throughout his career.

If you're new to Jonathan Demme, these 10 movies would be a great place to start.

1. Caged Heat (1974) Demme's first feature was made for Roger Corman's New World Pictures, starting him down a path of making funky, offbeat movies with their own unique energy and a love of both his characters and the actors playing them. Getting his start in exploitation explains a lot of what makes Demme's movies tick, as he tends to sympathize with outsiders and then searches for the thing that makes them human -- we recognize ourselves in those we once thought unrecognizable. Caged Heat is a smarter, more political women-in-prison movie, especially for the era (era). It taught Hollywood and audiences a valuable lesson: don't ever underestimate Jonathan Demme. 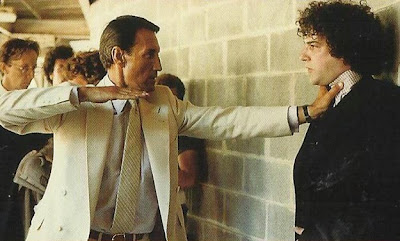 2. Last Embrace (1979) Demme's fifth film is an interesting blip in his filmography -- the first of a few blips before he would really come into his own in terms of what kind of director he would be. As a Hitchcock riff, Last Embrace only halfway works; it's much more interesting as a precursor to Silence of the Lambs, which would find Demme mastering the kind of thriller he's attempting to pull off. There are moments of the film that border on the ludicrous, but it stays grounded thanks to the perpetually underrated Roy Scheider at the center. It's also one of Demme's more technical movies, and he's not really a technical director -- he's a humanist. Set pieces are not his strong suit. Leave those for Brian De Palma.

3. Melvin and Howard (1980) Here's where we get to see the real Jonathan Demme begin to emerge, as he moves away from genre (for a time) and towards a character piece that falls in love with its characters not just in spite of their flaws but because of them. It tells the supposedly true story of Melvin Dummar, a gas station owner in Utah, whose life is forever changed after meeting wealthy eccentric Howard Hughes (Jason Robards). The movie creates three great characters and showcases three great performances (the third is Mary Steenburgen as Melvin's life Lynda; she won an Oscar for her performance), which would become common practice for Demme's work. It would be so easy to tell this story in a way that mocks or look down upon these same characters, but Demme refuses to go that route. He's not capable of that kind of acidity. He cares too much. 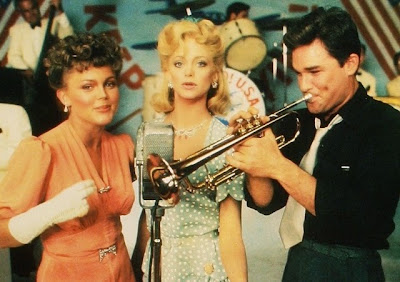 4. Swing Shift (1984) Demme's first bad studio experience was a lesson in working with the Hollywood star system. Goldie Hawn plays a WWII factory worker who gets caught up in a love triangle between her husband away at war (Ed Harris) and a flashy musician (Kurt Russell). Demme being Demme, the director pushed to treat these characters and their plight seriously; unfortunately, Goldie Hawn wanted something lighter and more in line with what her fans had come to expect. The studio agreed, and Hawn and Warner Bros. recut the film and even reshot some material. The result is a mostly bland movie that shows some flashes of good ideas (as always, the performances are all very strong) but ultimately satisfies no one. The finished film isn't really a Jonathan Demme movie, though apparently a director's cut is floating around out there somewhere. We're lucky it didn't scare him off of narrative film for good.

5. Stop Making Sense (1984) Combining two of the director's biggest passions -- the music movie and the documentary -- Demme made what could be argued is the best concert film of all time with Stop Making Sense, covering three nights of the Talking Heads performing their Speaking in Tongues tour at the Pantages Theater in Hollywood. Despite being a concert film, you can still feel the filmmaker coming through in the movie's funky rhythms, in the way that it turns each of the band members into a character we get to know through the course of the film (even though there's never any backstage material or interview footage; it's the concert only), even in the way the movie celebrates diversity in a way that doesn't call attention to itself. Like with his narrative films, Demme's documentaries love his subjects. 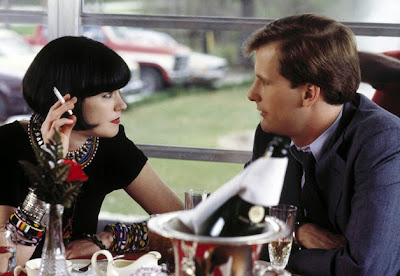 6. Something Wild (1986) Uptight Jeff Daniels hooks up with quirky free spirit Melanie Griffith; antics ensue. Before you can roll your eyes at that tired premise, know that Something Wild is so much better than a single line of plot summary might suggest. It's another of Demme's great character studies, presenting two stock types and then peeling back layer after layer until both are nothing like what we first assumed. It's a movie that feels original and hip -- even still today in 2014 -- without trying too hard to be either one of those things. It's also one of cinema's great gear shift movies, changing course about half way through and becoming totally different than what it started out as. That's not some cheap stunt, either; that unpredictability is a deliberate choice to meant to recreate what it would actually be like to get mixed up with a character like Griffith's. When it comes to the Manic Pixie Dream Girl, Something Wild puts its money where its mouth is. If not for Silence of the Lambs, this would be my favorite Jonathan Demme movie. In fact, it still might be.

7. Married to the Mob (1988) This one gets unfairly dismissed as just another wacky '80s comedy about gangsters. That's wrong. This is a great movie -- one that absolutely adores actors and gives every one of them a great part to play (and what a lineup of talent it has, including Michelle Pfeiffer in her first true starring role, Dean Stockwell, Matthew Modine, Oliver Platt, Alec Baldwin, Nancy Travis, Mercedes Ruehl and a number of familiar faces from Demme's repertory company including Charles Napier, Chris Isaak, Obba Bababtunde and Sister Carol). It's so easy to imagine the movie slipping away in the hands of a lesser filmmaker, becoming too broad, too disposable, pushing one angle too hard and throwing off the delicate balance that Demme achieves. We've seen so many crime (even "mob") comedies that just rely on cheap jokes and stereotypes, but Demme doesn't do that. The laughs come from the characters, not from an overly jokey script or forced physical comedy. Every character is taken seriously (or as seriously as they can be in a comedy), given something that they want or need. You'd be surprised how many films include a bunch of supporting characters —sometimes even the leads — with empty placeholders. Married to the Mob is the rare screwball farce that still takes the time to listen to and understand everyone in it. Even Matthew Modine is great in it. 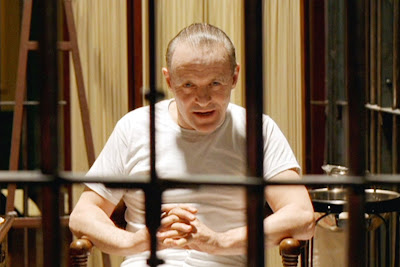 8. The Silence of the Lambs (1991) Here it is. Regarded by most as Demme's masterpiece and one of the best thrillers ever made (it was the first film since One Flew Over the Cuckoo's Nest in 1975 to win all five major Academy Awards, a feat that has not been repeated since), Demme's film version of Thomas Harris' novel isn't great because of Anthony Hopkins' performance as Hannibal Lecter or because it inspired a bunch of fucking "put the lotion in the basket" memes. It's great because like almost every one of his movies, it respects and even loves its characters. Demme isn't just willing to listen to and understand them -- he demands that we do it, too, framing all of them in his trademark looking-directly-into-the-camera shot (yes, even the monstrous Buffalo Bill/Jame Gumb is treated by Demme is a human being with specific wants and needs). So many thrillers are about generating suspense with technique (which, to be fair, this one does very well). This one has staying power because it's actually about people -- damaged people, broken people, maybe even evil people, but people nonetheless.

9. Philadelphia (1993) The critical acclaim given to Demme after Lambs pigeonholed him for a time as a director of "important" movies, which is how we ended up with Philadelphia and Beloved in the '90s. That's not to take anything away from both movies, which have their strengths. Philadelphia, in particular, is a profoundly humanist film, one which treats a gay character as a person who happens to be gay -- as obvious as that sounds, it was practically unheard of when the movie was made in 1993. It's remembered for being "the AIDS movie," but Philadelphia is yet another great character piece about the ways that humans can treat (and mistreat) one another. This is also the movie that gave rise to Tom Hanks as a dramatic actor (he won his first of two consecutive Best Actor Oscars for his work), and is worth celebrating if for no other reason than that. Don't get caught up on the "message" part. Philadelphia is a beautiful movie about our basic need for love and dignity. 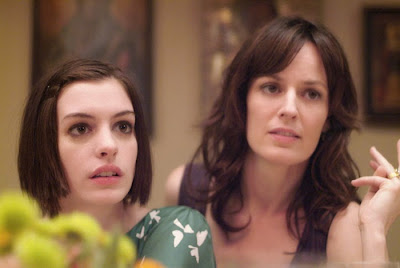 10. Rachel Getting Married (2008) After a couple of misfires that includes the high-profile Beloved and remakes of both Charade (Demme's take was the disappointing The Truth About Charlie) and The Manchurian Candidate (which was fine in a "so what?" way), Demme went back to mostly making documentaries and all but gave up on narrative film. Then he was given Jenny Lumet's script for Rachel Getting Married and knew that he had to be the one to make it. For me, it's the culmination of everything that Demme has done over 30 years: it combines documentary with narrative, it celebrates music and casual diversity, it accepts people's flaws and understands they're what make humans unique, features a great cast of actors giving career-best performances (including Rosemarie Dewitt, Bill Irwin and a never-better Anne Hathaway, whose every liability becomes an asset here). Its loose structure and willingness to hang out combined with the exposed nerves at its core have put a lot of audiences off over the years. But if you're a Jonathan Demme fan, there may be no better example of what makes him such a brilliant and special filmmaker. 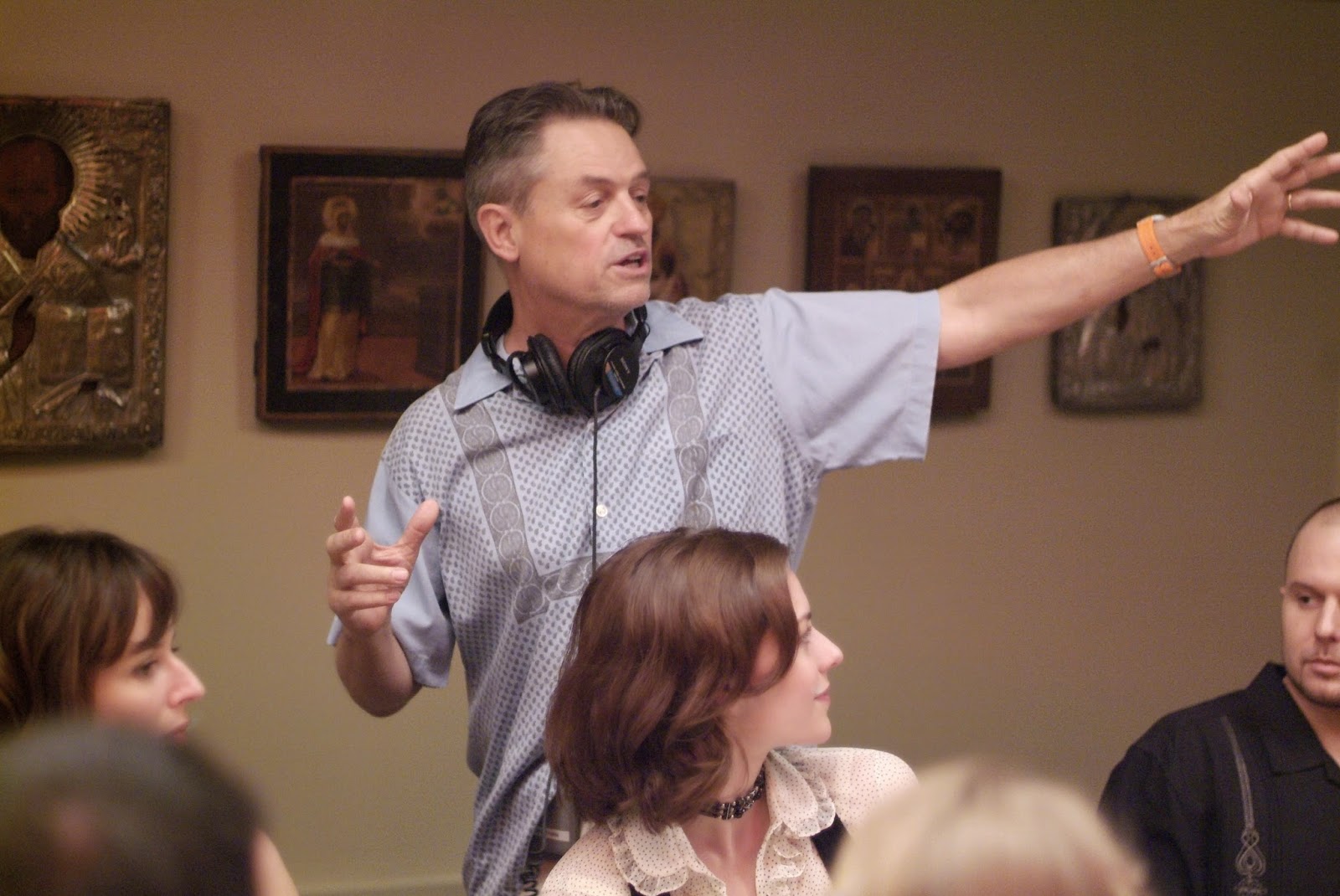