The film’s tagline asks “whose lap is your child sitting on?” We’re about to find out.

I Am Santa Claus is a documentary that’s been on my radar for a while now. One of its producers and subjects, WWE Superstar Mick Foley, has been talking it up for a long time. The author, stand-up performer, and former wrestler has been making appearances in the WWE and elsewhere as Santa Claus for the last few years, and it was his involvement with the project via Kickstarter, as well as the promotion of the film on podcasts and other media outlets, that has raised quite a bit of awareness for the documentary. The film premiered this past October in Hollywood and screened in limited release through November, but didn’t get a wide opening. I’ve been waiting to see it for a while now. 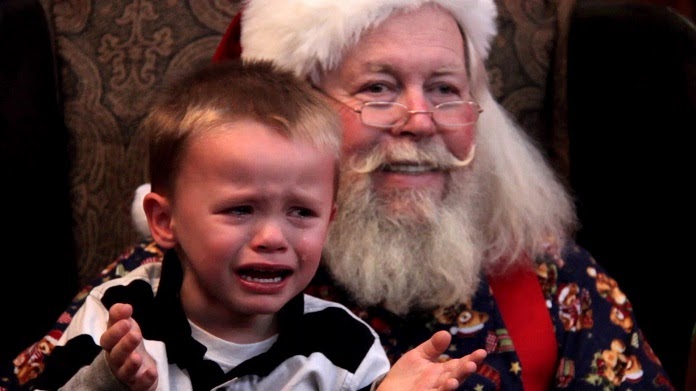 The 2014 documentary follows six real-bearded professional Santa Clauses (that real beard is apparently very important in the Santa business) for an entire year leading up to the Christmas season. These six Santas run the gamut in terms of lifestyle and background. We have Santa Russell, who lost his house and job and now lives in his daughter’s basement, sustaining himself for most of the year on social security. Santa Jim is an active member in the LGBT community and winner of the “Mr. Texas Bear Round-Up.” Santa Gary is a Virginian living in the Los Angeles area, pursuing real estate ventures. Santa Frank is a Long Island, NY resident who has a passion for BBQ and, as we see in the film, has legally changed his name to Santa Claus. And last but not least, Santa Mick is Mrs. Foley’s baby boy. The film captures Foley’s decision to be the jolly one for the Santa’s Village theme park in New Hampshire, making him a newcomer in the occupation of professional Santas. This disparate group of individuals comes from all walks of life, yet share a remarkably similar goal: capture the magic of Christmas and give joy to children.

Throughout the film, we come to know each of these men on a deeper level. Santa Russell is a bit of a lush, and we see him overindulging at a St. Patrick’s Day party and telling risqué stories. Santa Jim is having a long distance relationship with a man named Alex, and that relationship develops over the film. Santa Gary attends church meetings that are put on by other Santas; at these meetings, a Santa preacher delivers a sermon and the congregation sings Christmas carols like “Jingle Bells” with the words rewritten as gospel songs. 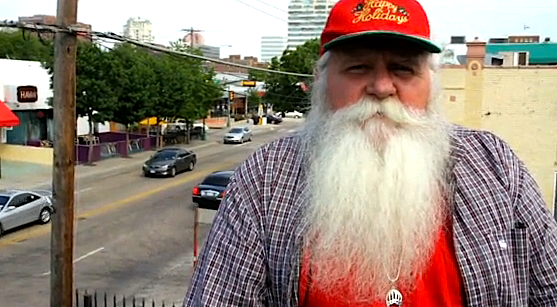 For my money, Santa Mick is the most interesting and charismatic of all the Santas we meet in the film. This is the king of hardcore who wrestled with barbed wire and thumb tacks, was sent through the top of a steel cage by The Undertaker, passed out, and then started the match again when he woke back up. This is the man who wrestled an entire match with his own tooth stuck in his nose, and he absolutely LOVES Christmas.

Not coincidentally, Mick Foley comes with the coolest friends, which the film utilizes well, if briefly. Dee Snider of Twisted Sister and Jerry “The King” Lawler both show up for a couple of seconds to talk about how passionate his friend Mick Foley is about Christmas. ECW wrestler Blue Meanie talks about how Mick would ask the rest of the locker room if they minded him listening to Nat King Cole. Mick even has an entire room of his house devoted to Christmas. In preparation for his inaugural donning of the suit, Foley visits suburban Chicago to meet Santa Dana Caplan, who the film tells us has a “bachelor’s degree in Santaclausology.” Caplan, tellingly, lives on a street called “Santa Claus Lane.” One of my favorite moments in the film comes later, while Foley is attending a horror convention with fellow wrestling legend Rowdy Roddy Piper. When Foley shows Piper a picture of his meeting with Caplan on Santa Claus Lane, Piper’s reaction wonderful, and it makes me love both these men even more. 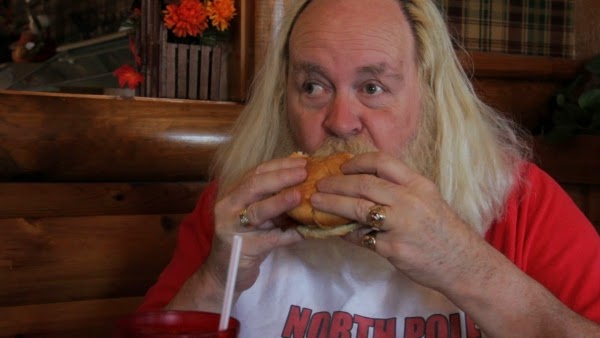 The film is not without conflict. When several of the Santas attend a conference and word gets out that the president of the Amalgamated Order of Real Bearded Santas leads what they believe to be an unconventional lifestyle, it quickly becomes apparent that everyone has a different idea about what a professional Santa should and should not do in their private life. Everyone seems to have a code that they live by; the problem is that their codes are all different.

I Am Santa Claus succeeds in several things. First, it affirms how important Christmas is to a huge majority of people, and the lengths that we go through to feel happy. Second, it reveals a subculture of people who have found ways to incorporate Christmas into their daily lives all year long. It’s a group of people that I had no idea existed outside of the winter holiday season. And lastly, it shows how isolated and lonely many of those people within and without the subculture can be, even—especially—at Christmas. I respect the decision to show the more personal moments of sadness in a movie that could have steered clear of deeper emotions. I think the film is better for it. 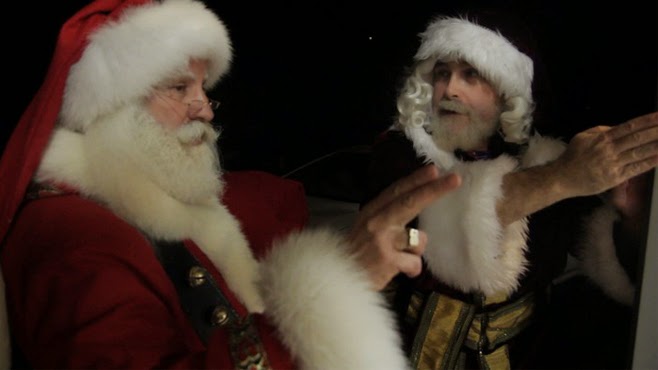 In the end, I Am Santa Claus offers a fascinating glimpse into the lives of a small group of dedicated people who are committed to living Christmas every day of their lives. Rather than portray a fantasy, it reveals very flawed human subjects who are driven by a singular common passion, and it’s the sort of film that makes me uncomfortable and forces me outside my comfort zone. Check it out for yourself and see what you think. At the time of this writing, it’s available on Blu-ray, DVD, and Netflix Instant.

Email ThisBlogThis!Share to TwitterShare to FacebookShare to Pinterest
Labels: christmas movies, documentaries, heath holland on, i am santa claus