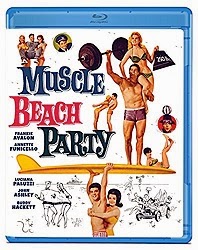 It's surfers versus bodybuilders!

The thing about the Beach Party movies -- which, I'll reiterate, I love -- is that they adhere to the law of diminishing returns. The original 1963 Beach Party is easily the best in the series, and by the time The Ghost in the Invisible Bikini rolls around just three years and seven movies later, it barely resembles what the series once was. Hell, it barely resembles a movie at all. Only the most devoted and indiscriminate of fans made it that deep into the run.

This means that the second film in the cycle, 1964's Muscle Beach Party, is the second best of them all. Frankie Avalon and Annette Funicello reprise their roles as Frankie and DeeDee, young lovers spending their summer at the beach with all of their friends. Their fun is interrupted on two separate fronts: first, a group of bodybuilders led by coach Jack Fanny (Don Rickles) has invaded the beach for the summer. Second, an Italian Countess named Juliana Giotto-Borgini (Luciana Paluzzi) has shown up and has eyes for Frankie, causing him to question his own feelings for DeeDee. Not to worry -- it's nothing a little surfing and/or singing can't fix. 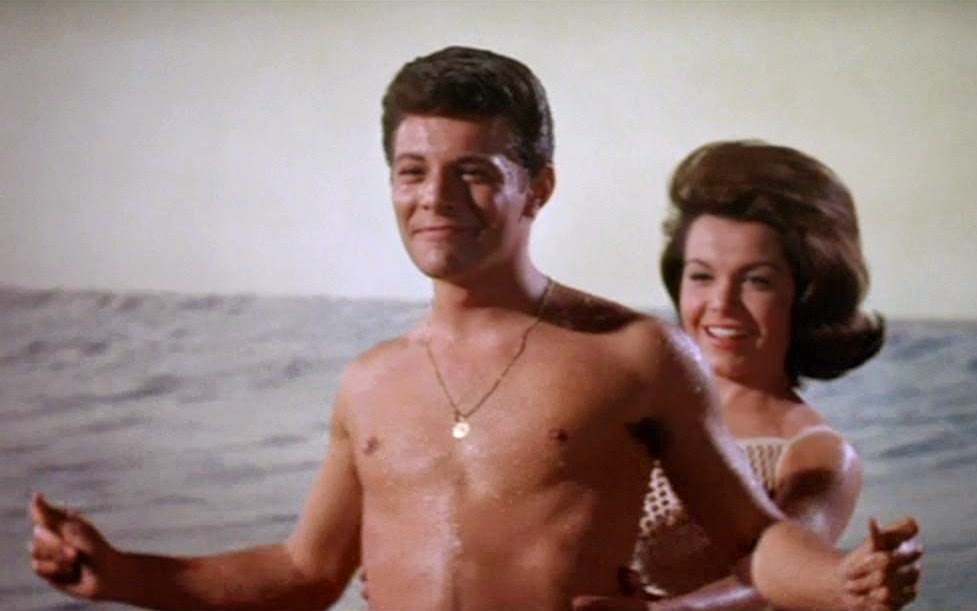 Beach Party movies, like Bond films and the Friday the 13th series, can't really be compared to anything but other Beach Party movies. It is pointless to try and rank them against other films of the time -- they exist in their own sun-soaked bubble and are measured only by that criteria which they establish for themselves. One can prefer a single movie over the others based on the quality of its music or the amount of cartoon silliness found within; some people dig on super intelligent monkeys and mermaids just as some people prefer the Roger Moore Bond movies. It all comes down to what we want out of a Beach Party movie.

As someone who is drawn to this series for its youthful innocence and unabashed sense of early '60s joy, Muscle Beach Party remains one of my favorites in the series. The focus is placed mostly on the romance between Frankie and DeeDee, which is the real backbone of the entire series (there's a reason things started falling apart quickly once Avalon and Funicello left the franchise). When Frankie finally realizes what a jerk he's been (though, having seen the Countess Giotto-Borgini, one can hardly blame him) and makes his public declaration of love, the scene is genuninely sweet despite the fact that we've seen something similiar in every third movie ever made. Much of that can be attributed to Funicello, who is never a particularly good actress in these movies but whose eyes radiate decency and adoration. We want her to get a nice guy because it's what she deserves.

Muscle Beach Party also has some of the best music in the entire series, with on-camera performances by both Dick Dale and the Del-Tones and a 13-year old Stevie Wonder (billed her as "Little Stevie" Wonder), whose "Happy Street" ends the movie on a high note. The Beach Boys' Brian Wilson contributed to most of the original songs alongside Roger Christian and Gary Usher, meaning they're all a step above what we're used to in the series. Annette Funicello's "A Girl Needs a Boy" is a highlight, because Annette songs always are. 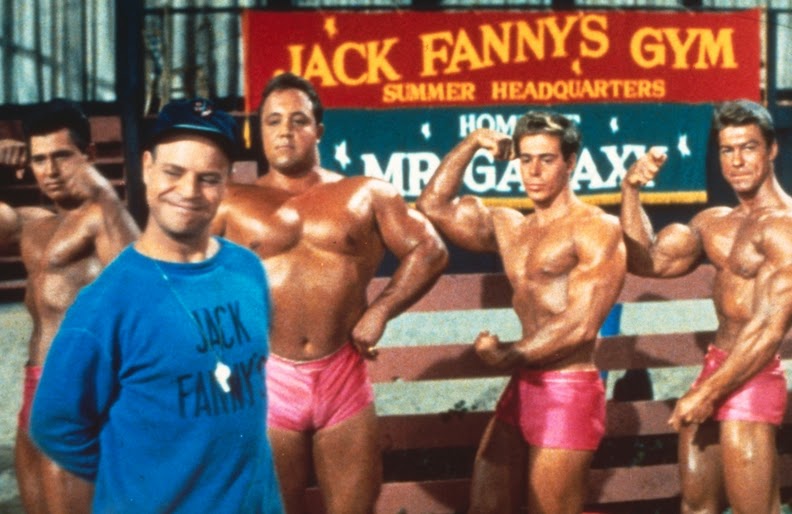 There's still plenty of silliness on display, whether it's the endless surfers-versus-bodybuilders brawl that closes out the movie or the second appearance of dancing Candy (Candy Johnson), a holdover from Beach Party who has no dialogue but does possess the magic power of throwing men through the air by sheer force of her shaking hips. Plus, there's the usual slew of guest stars and AIP regulars from the '60s, including Rickles, Buddy Hackett and Peter Lorre in a well-placed cameo. It's still a Beach Party in every way. It just happens to be one of the best of the Beach Party movies.

And, thanks to the wonder of HD, it's never looked better than it does on the Blu-ray from Olive Films. Besides finally being available in proper widescreen (my DVDs are non-anamorphic, meaning I can watch the Beach Party series through a little window), the colors pop and the songs have some kick to them. I can only hope that between this and their release of Beach Blanket Bingo, we're in the middle of a Beach Party rennaissance that will see Olive Films also putting out the other five films in the series. The completist in me wants it. The Beach Party fan in me needs it.