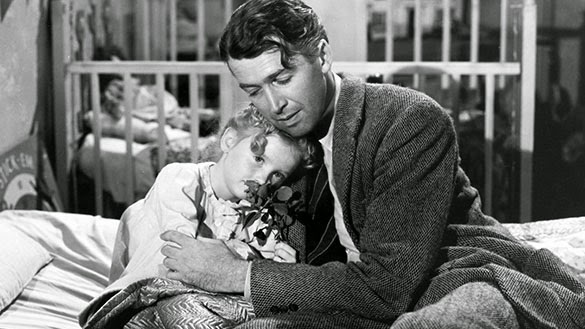 Today is my awesome daughter's second birthday. SHE'S THE BEST! I can't believe how fast the past two years have flown by (as every parent will tell you). I also can't believe how my movie-viewing experiences have changed now that I'm a dad.

Sure, I'm noticing more profanity and violence and misbehaving kids that might have an influence on my precious little angel during her formative years. But I've also become acutely aware of the size of my own Adam's apple (and how it swells to gigantic proportions as soon as I watch something "touching"). Seriously, when did THIS start, and how can I get it to stop? 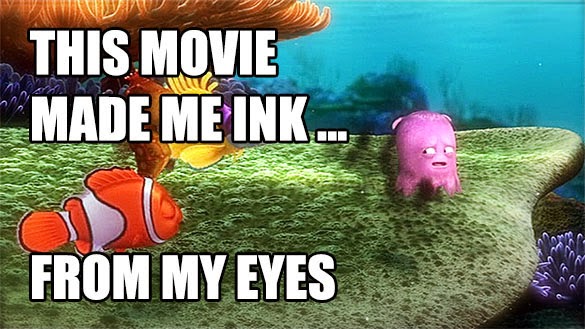 The whole point of this movie is LETTING GO. Specifically, the movie's fish father, Marlin (Albert Brooks), needs to let go of his son, Nemo (Alexander Gould), despite all previous [horrifying] experiences and present-day handicaps telling him not to. I really enjoyed watching this movie when I was single (because it's just plain good), but now that I have a kid I need to SHIELD MYSELF FROM HER during the ending because I'M CRYING TOO MUCH. Am I embarrassed? Yep! Should I be? Probably not, but I never said I was a GOOD dad. My daughter LOVES this movie (it's the first feature she ever sat through from start to finish), which means I've seen it a few times recently. And it's not getting any easier. Sure, Marlin's overprotective. I get it. And, yeah, his domineering neuroses pushed Nemo away (leading him to touch the butt/get captured by a human). But it's also Marlin's unrelenting, mountain-moving LOVE that saves his son. Because dads are the best.

You know, I should probably just include a catch-all category for Disney/Pixar movies (or, at least, the Toy Story series), because they're ALL filled with sentimental, tear-jerking storylines that can (will) cause a father to choke up. But this movie takes the cake. It's emotional on a ton of different levels. Before child, the penultimate scene in the garbage incinerator caused me to ALMOST lose my cool (JAY-KAY I CRIED). And now that I'm a dad, it's every other scene. It's about growing up too fast. It's about the unremitting passage of time. It's about mortality. And it's fucking sad. Yes, the final scene in which Andy (John Morris) gives his toys to adorable little Bonnie (Emily Hahn) is bittersweet. But what about that scene in which Andy's Mom (Laurie Metcalf) scans Andy's empty room right before he leaves for college? WHAT ABOUT THAT SCENE? All right ... no more cartoons. 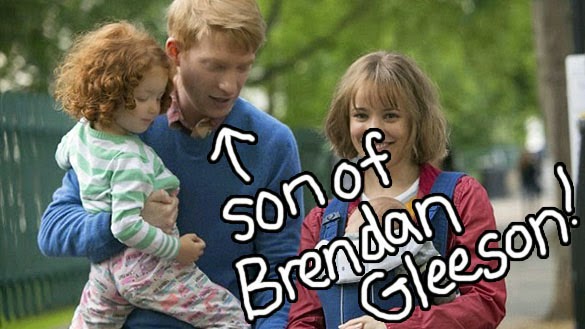 This is a GREAT little English film from writer/director Richard Curtis -- charming (and endearing) and quirky (but not TOO quirky). If I had seen it sooner, it definitely would've made my Top 10 list for 2013 (you can't go back -- them's the rules!). But I saw it several months into 2014. By myself. Late at night. In the dark. Feeling pretty blue (for reasons not related to the film). And -- without spoiling too much -- there's one specific scene between Tim (Domhnall Gleeson), a young father, and his ... daughter ... that made me WEEP. Like, full-on heaving sobs. And it's weird that I'm recommending this movie, because that one scene CHANGED me. It's sad (and a little bit sci-fi), but also awesome. It speaks to so many other points, both in the movie's world (and it's unique, time-traveling logic) and in LIFE. Oh, also, all the dad stuff. THE STUFF WITH DAD (Bill Nighy). Yeah. 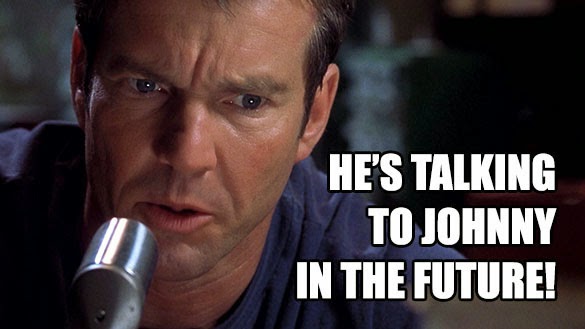 This one's a LITTLE different, in that it's not the father's experience I'm relating to, but the son's. However, in a roundabout way, there's really no difference, because thinking about my dad (miss you, Big Norm!) only makes me want to hug my daughter that much tighter. ANYWAY, if you haven't seen Frequency, you should! It's another small movie that plays with time travel. Policeman/son John Sullivan (Jim Caviezel) communicates with his long-deceased firefighter/father Frank Sullivan (Dennis Quaid) via a ham radio "frequency" (GET IT?) bouncing off ... sun spots? Solar storms? The aurora borealis? Doesn't really matter -- dude gets to chat (and bond!) with his dead dad! And no, it's not creepy -- it's awesome.

RIP Mrs. Gump. And Bubba. And Jenny. Your fake deaths (SPOILERS?) are all very sad. But none of them more emotional than when Forrest (Tom Hanks) a.) finds out he has a son, and b.) finds out he's smart. At the end of the film, as Forrest gives his Oscar-winning monologue to Jenny's grave, he beams with pride describing his relationship with his son -- he prepares his meals, combs his hair, plays games with him, fishes with him -- then begins to cry because his heart swells too much. Sure, he misses Forrest Junior's mom, but he's comforted by the love he has for this wonderful little creation -- his perfectly normal son. 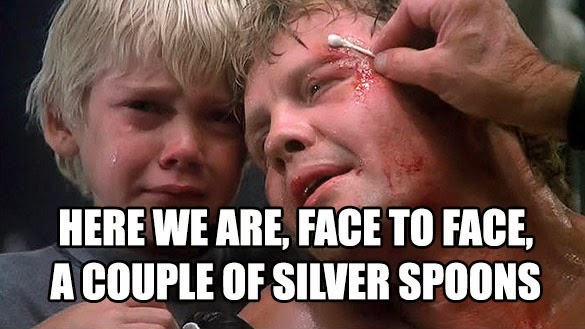 Science fact: this is the saddest movie in the world. Billy Flynn (Jon Voight) is a former boxing champion raising his son T.J. (Ricky Schroder[!]) -- who worships him -- after wife/mother Annie (Faye Dunaway) takes off. In order to give T.J. a better future (and get past all the custody drama), dad starts boxing again. During the film's climax in the ring, "The Champ" goes down [HARD], right in front of his son. Apparently, this final scene has become a must-see in psych labs around the world when scientists want to make people sad. So that's why it's on this list! "Wake up, Champ! Don't sleep now!"

This is my favorite film of all time. It's the best (like my daughter), and every time I watch it, I appreciate something new. FOR EXAMPLE: before I became a father, I found the sequence in which George Bailey (James Stewart) has a nervous breakdown in front of his family stunning and striking, but for technical, procedural reasons. Stewart's performance is perfect (raw and unsettling), the way it's shot is foreboding and the foreshadowing is ominous. But after I had a kid, all I could see were my feelings! Watching George's kids' reactions -- the fear and uncertainty in their eyes -- as he tore through the house is tragic. And the moment he picks up Tommy (Jimmy Hawkins) is heartbreaking. He clutches the boy out of love; out of desperation. His thousand-yard stare is interrupted by tears, kisses, then more anger. It's unbearable to watch. And it had me blubbering last Christmas. This is a dark film -- showcased through moments like these -- and its uplifting conclusion is EARNED.

So happy second birthday, sweetheart! I love you! And I hope this column makes up for the fact that I forgot to buy you a present!

Also, you can't read!
Posted by Patrick Bromley at 2:00 PM