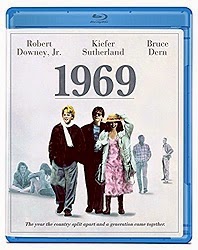 See Jack Bauer and Iron Man when they were hippies!

I'll say this for 1969, the directorial debut of Academy Award-winning screenwriter Ernest Thompson (who won the Oscar for adapting his own play On Golden Pond): it is a movie that means well. If sincerity and good intentions could a good movie make, 1969 would be a masterpiece. Sadly, it is not.

That's not to say there isn't a great deal to like in 1969. There is. The three lead performances, from the very young Kiefer Sutherland, Robert Downey Jr. and Winona Ryder, are sweet and strong. The music is very good, if far too on-the-nose in that period movie "greatest hits" jukebox way. And it's hard to fault a movie that advocates this passionately for peace, even if it is somewhat maudlin and confused. When the movie focuses on the rift that existed in the late '60s between those who supported the war and those who opposed it, Thompson is on to something. But when it's just using the characters as mouthpieces to spout platitudes opposing a war that had been over for more than a decade at the time this movie was released, it is less successful. Sensitive Scott (Sutherland) and perpetual screw up Ralph (Downey Jr.) have just graduated high school and plan to room together at college both as a way of getting educated and to avoid the Vietnam draft currently sending thousands of young American men over to war. One of those men is Scott's brother Alden (Christopher Wynne), whose enlistment terrifies Scott's mother (Mariette Hartley) and makes his conservative father (Bruce Dern) proud. After Alden goes missing in Vietnam, Scott and Ralph decide to break in to the draft board office and steal their files; they're caught and Ralph is arrested. While Scott and Ralph's younger sister Beth (Ryder) drive off to Canada to hide out, a crisis on conscience hits: are they doing the right thing? Is there another way to stay back and fight the good fight?

There is a very specific type of movie that I have categorized in my brain that works best if you stumble upon it on regular broadcast TV (not even cable, more like a UHF channel) on a Sunday afternoon. 1969 is exactly that kind of movie. It has enough things to like about it that it feels like a pleasant surprise but maybe not enough to justify multiple revisits. 1969 wants to be a grand political statement -- it desperately wants to be a drama that matters -- but at best it's a Sunday afternoon diversion. 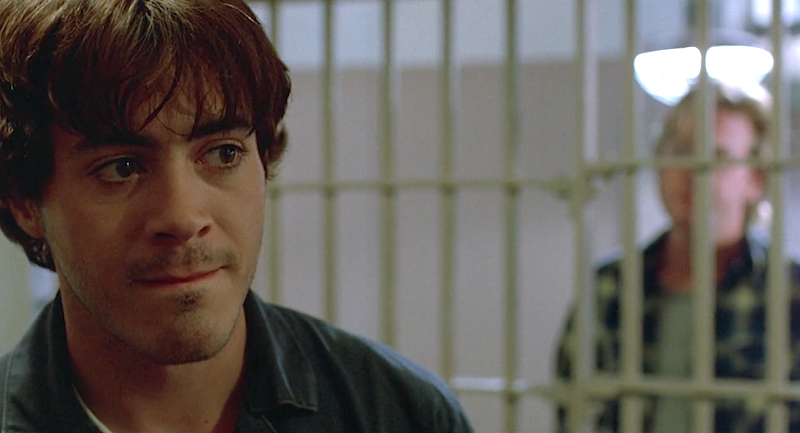 It's amazing to think of the angry sociopath Kiefer Sutherland would go on to play in almost every subsequent movie and TV show (even when he's the hero!), as he's quite good here as a kid who is thoughtful and sensitive and principled in a quiet way. Robert Downey Jr. does what he did in almost every movie but Less Than Zero, which is to be manic and act like he doesn't take anything seriously (actually, that's what he does in Less Than Zero but at least that movie contextualizes it as part of a cocaine addiction and lets him do some heavy drama...come to think of it, it's not even that far off from what he's doing in the Iron Man movies, too). A very young Winona Ryder gives the movie's best performance as its soul; she is effortlessly smart and passionate even when she's asked to do nothing more than spout platitudes about peace. Everything about the way Thompson handles her character is heavy-handed and obvious. She stands in for the whole movie in that way. But Ryder also sells the material by putting on the best possible front, convincing us that it's better than it actually is. She stands in for the whole movie in that way, too. 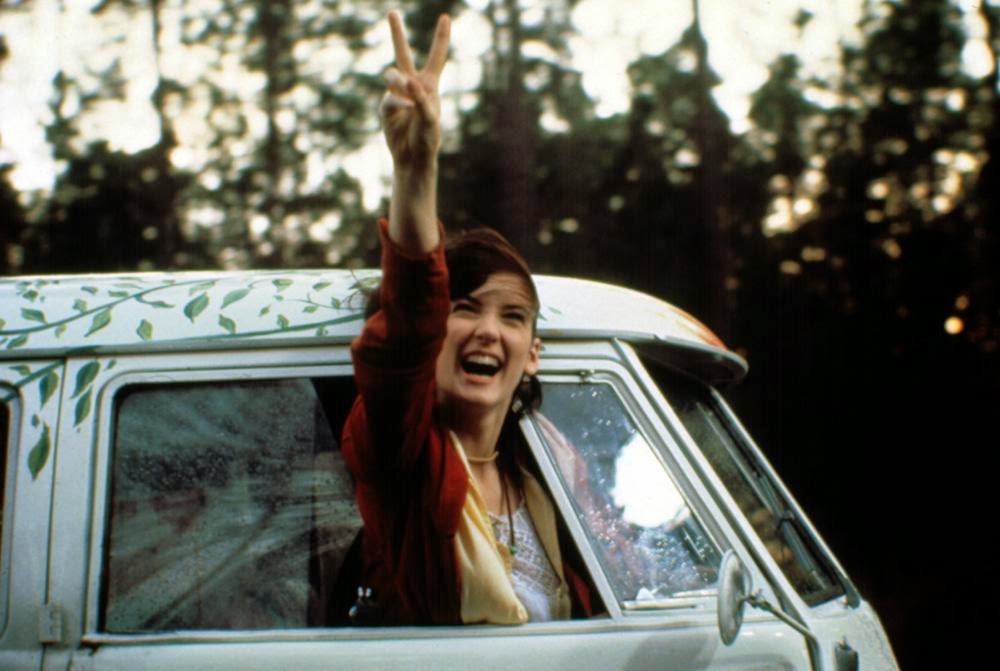 The soundtrack of the movie is amazing, like a Time Life collection of the biggest and most recognizable hits of the late '60s, from "Wooden Ships" to "Time of the Season" to "All Along the Watchtower" to The Animals' "When I Was Young." Unfortunately, it's also distracting in that it constantly calls attention to itself; rather than making us feel like we authentically are in 1969, the film is constantly saying "Remember this one? The '60s!" The selections feel more like the work of someone remembering the year in hindsight, which is true of Thompson's screenplay as well. It remembers 1969 the way a movie would. Maybe it was licensing all of the music that put the movie's budget at a reported $37 million (in 1988 dollars!), which seems crazy high for something of this size and scope. It grossed just under $6 million, making it an expensive bomb and leading to the demise of distributor Atlantic Entertainment Group.

That's a bummer, as 1969 -- flawed as it may be -- deserved a better fate and Atlantic, if it was going to be brought down at all, should have been taken down by something more bombastic and hubristic. 1969 is too well meaning to have that kind of failure laid at its feet. I'll always have a soft spot for the movie, which has good performances, a warm period feel and a big, naked heart. There are far worse cinematic crimes than sincerity.