Off the Shelf: Blood Red (Blu-ray) 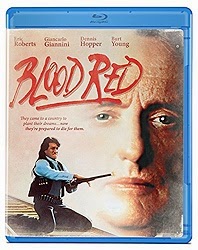 Eric Roberts may, in fact, be the fuckin' man, but there's no evidence of that in his 1989 revenge western Blood Red, now available on Blu-ray for the first time from Olive Films. Director Peter Masterson's film is a handsomely photographed bore -- a movie about intense passions like love and rage and the need for vengeance but one which is never able to feel intense or passionate.

The story of a Sicilian family that immigrates to California wine country in the late 1800s and runs afoul of a railroad magnate, Blood Red stars Roberts as Marco Callogero, hotheaded son of Sebastian Collogero (Giancarlo Giannini), who is being threatened by Irish businessman W.B. Berrigan. It seems Callogero's winery occupies some land that Berrigan sees as perfect for the expansion of his railroad, but Callogero refuses to sell. An enforcer is brought in (played by Burt Young) to apply increasing pressure, eventually exploding into violence as Marco and his friends and family decide to take a stand and take up arms against Berrigan and his thugs.

Boy does that plot synopsis make Blood Red sound terrific. As regular readers of this site know by now, one of my favorite subgenres is the Revenge Movie; this one's got old world vendettas and a period western setting and a cast that also includes a very young Michael Madsen, Elias Koteas and Eric Roberts' little sister Julia in one of her earliest on camera roles. The movie should be a lot better than it is. 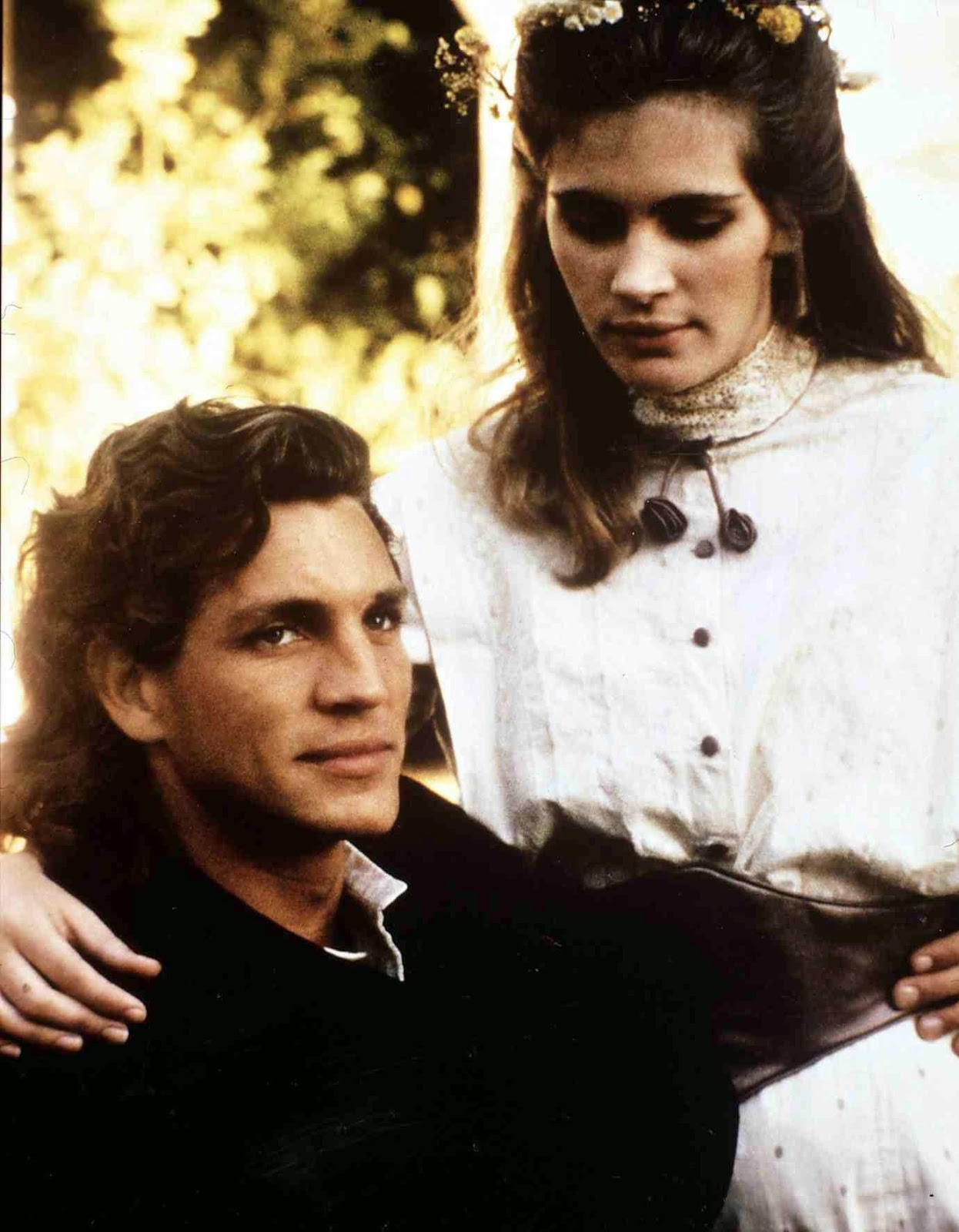 Unfortunately, director Peter Masterson (a former actor with credits including The Exorcist and The Stepford Wives) has a tendency to direct much of Blood Red as though it's a made for TV movie. Toyomichi Kurita's cinematography is very beautiful and some of the period detail is nice, but there's not much going for the film beyond that. Eric Roberts is capable of being good or weird and sometimes both in movies (Mickey Rourke was not entirely wrong), but he's other miscast here or just not doing his best work. There's something too anachronistic about his performance -- he's playing 1989 Eric Roberts, all posturing and fake intensity. Dennis Hopper tries for weird (how else to explain his sometimes disastrous Irish brogue?) but isn't even in the movie enough to make an impression.

For a movie with Blood in the title, this a totally bloodless affair -- and I'm not talking about the actually spilling of red stuff on screen. I mean that Blood Red has no life in its veins. Nearly an hour of the film passes until the revenge stuff kicks in and characters prepare for war, and the dialogue in Ron Cutler's screenplay is not enough to carry us through that stretch. So much of it is a drag, but then there's a scene in which Eric Roberts hands rifles to Michael Madsen and Elias Koteas and we are reminded of why we love movies in the first place. 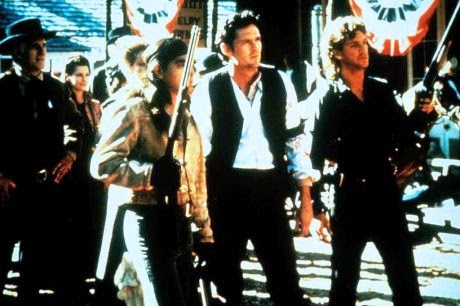 Blood Red is the kind of movie you dig up in the hopes of discovering some underrated gem, only to discover there's a very good reason it was ever forgotten. Several of the pieces are there for a cool low-budget period western, but it never comes to life. A nudge in one direction and the film might have worked; a nudge in the other and at least it would be overwrought and entertainingly misguided. This version of the movie refuses either path. It's content to rest in the dull middle.