Off the Shelf: The Shanghai Story / The Strange Affair of Uncle Harry (Blu-ray) 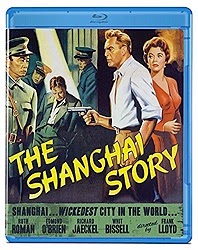 Two obscure titles from classic Hollywood demonstrate the difference in showing versus telling.

Part film noir, part spy movie and all melodrama, 1954's The Shanghai Story is a good reminder that just because a movie comes from the days of classic Hollywood does not automatically make it a classic. It tells the story of a group of innocent citizens (mostly American, but not all) rounded up and forced to live in an abandoned hotel in Shanghai while the Communist regime attempts to uncover the spy that has been sharing secrets with the outside world. Edmond O'Brien plays a doctor who is among those rounded up and essentially imprisoned; he has a sort-of flirtation with another "resident," the mysterious Rita (Ruth Roman), whose shady past makes her a likely suspect as the guilty party. The prisoners all experience various atrocities at the hands of the evil Chinese Communists -- everything from torture to possible rape to dog murder (which eventually escalates to people murder) -- all while plotting how to escape or seek rescue.

This is a film with a lot going for it, including a solid lead performance by O'Brien, a strong bench of character performances and the fact that it's directed by Frank Lloyd, a filmmaker who knows his way around a classic. Somehow, though, the parts are greater than the whole -- it's easy to admire the shadowy photography or the individual performances, but the sum total doesn't quite work. Take O'Brien and Roman, for example. Individually, each is playing a reasonably interesting character and doing a good job of it. Once the screenplay throws the two people together, however, things turn south. Their burgeoning romance is both unmotivated and unconvincing -- it's there because someone felt it needed to be there -- and it's a shortcoming that grows more damaging the more important it becomes to the story. 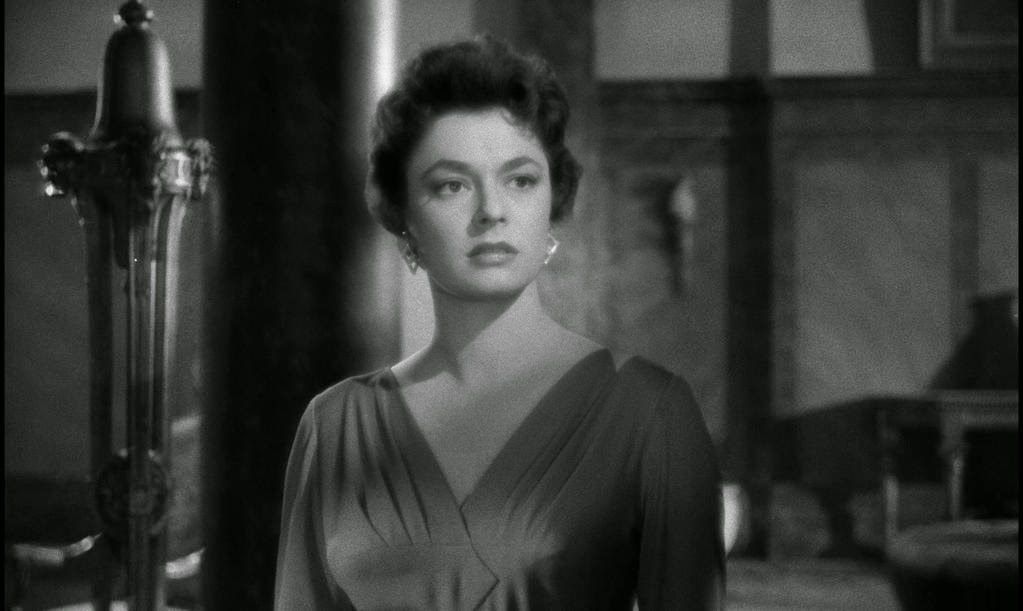 It's strange, too, that The Shanghai Story sometimes feels inert when it's this overheated, turning what ought to be a realistic drama into what is essentially a soap opera. Nowhere is that more evident than in the portrayal of the Chinese communists who, in the words of JB, lack only moustaches to twirl. The plight of these imprisoned characters is dramatic enough; there's no reason to turn their captors into sadists and cartoons except to advance a particular agenda -- one that might have been better served with restraint. The movie doesn't just want to present the audience with the potential threat of Communism, but rather to hyper them into a frenzy. Fear mongering has its place (I guess?), but it tends to be the enemy of genuine drama.

Much of the movie feels born of the stage: the single hotel setting, the large cast of characters who are thinly sketched save for the handful of leads. I would have sworn The Shanghai Story is based on a play, except that it isn't -- it's based on a novel by Lester Yard. The 1945 noir The Strange Affair of Uncle Harry, also new to Blu-ray from Olive Films, is based on a play. It's also a much better movie. 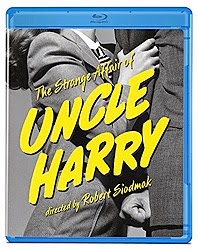 George Sanders plays Harry, a clothing designer and bachelor living in a big house with his two sisters, widowed Hester (Monya Macgill) and pretty, manipulative Lettie (Geraldine Fitzgerald). When a new young designer named Deborah (Ella Raines) is hired at the factory, she and Harry hit it off despite their age difference. It's clear that Harry has fallen in love with her and she with him, which causes big problems for Lettie -- she claims to be looking out for his interests, but it's clear that she is jealous, not of Harry but of Deborah. As she is used to getting her way, Lettie sets out to break up the relationship and reclaim her brother for herself.

Everything about the written plot description of Uncle Harry sounds like it should be even soapier than The Shanghai Story, but it never is. Director Robert Siodmak downplays the potential tawdriness of the story while still acknowledging its psychosexual weirdness, reminding us that just because a movie came out in 1945 doesn't mean it can't deal with themes that are dark and taboo. The relationship between Harry and Lettie is never made explicit, nor is there any indication that the two have ever crossed a line with one another -- whatever is going on emotionally between them is purely subtextual, which makes it much more interesting. The film is a character study about a man paralyzed by an inability to live his own life because he's hung up on his sister. And because his sister is played by Geraldine Fitzgerald, you can hardly blame him. 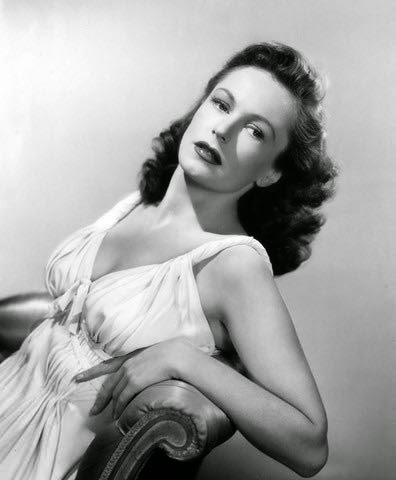 Up until its bummer of an ending (and not for the reasons you'd expect), The Strange Affair of Uncle Harry is a fascinating psychodrama. It's an example of how really good old movies had to work around just flat-out stating what they were about; it could be suggested, it could be implied, and that particular dance makes the movie much more interesting than something like The Shanghai Story, which can't be bothered with suggestion when it's laying it all on extra thick. These are titles I might never have seen if not for Olive's Blu-ray releases, so I'm thankful for that. I may prefer Uncle Harry's affair to Communists, but there's room enough in the world for both.