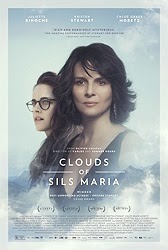 The Alps are not only among the most beautiful places in the world, but also contain a richly evocative presence. In film, television, and books they have come to symbolize romance, sophistication, and hidden danger, all of which surface and comingle for the characters as they linger in the Alps in Olivier Assayas’s latest, Clouds of Sils Maria.

Kristen Stewart plays Valentine, a personal assistant to global acting icon Maria Enders, played by Juliette Binoche. In the world of the movie, Maria Enders is on par with a Meryl Streep-type in terms of talent and cultural cachet, but is not above appearing in superhero movies, as mentioned in passing conversation. Maria’s fame was born through a role in a play (and subsequent movie) where she played the role of a young, calculating woman who charms, seduces, and then destroys her older female boss. Valentine sets up a meeting for Maria with a popular theater director, who wants to cast Maria in a remake of the play, but this time playing the older woman. The younger woman, the new seductress, is played by Chloe Grace Moretz. 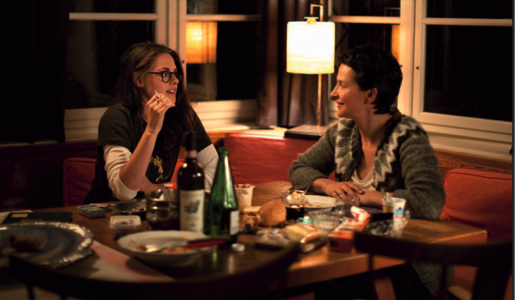 The most layered and intriguing part of the movie is the dynamic between Maria and Valentine. They are simultaneously kindred spirits and diametrically opposed, doppelgangers but years apart, unexpected inversions of each other. Maria fills the room with her charisma and her emotional presence, but is a little jaded by the ups and downs of her life as an internationally known actor, bombarded by requests for her time and her presence. Valentine is the calm rock that anchors Maria’s life in place, taking her calls, organizing her schedule, but also sympathizing, challenging, and chastising her boss. Binoche and Stewart create a realistic, genuine relationship between these two women who have chosen to live in such close proximity, but also need the room to be their own selves. We get to see them laugh, argue, and comfort each other as they are immersed in their work, Maria with her years of experience and expertise but still needy, while Valentine is always poised, listening and observing, deliberating over her words, carefully pushing here and pulling there so her boss is always in prime condition to think about her work. It is fascinating to watch and listen, and my favorite parts of the movie were just being able to sit and listen to these two characters work and live together.

The conversations take on a different tone as they work on Maria’s lines for the new play, and the boundary between Maria’s and Valentine’s reality blurs with the fictional world of the women of the play, to the point where it is difficult to discern whether the dialogue is a genuine conversation between the two women or the lines of the play they’re rehearsing. 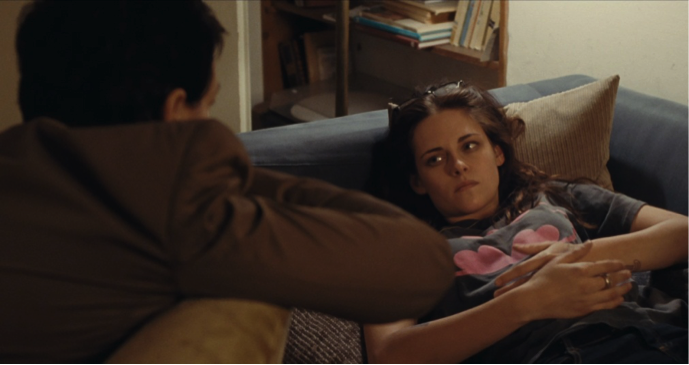 Juliette Binoche is the centerpiece of the movie; she’s the celestial body which determines the gravity of the galaxy around her. When she enters a room, the weight she carries with her is felt in the reactions of other people. Kristen Stewart, however, is the moon to Binoche’s sun, always within easy orbit, but always separated by an imposed distance, even at their most honest and vulnerable. I really enjoyed her character, because Valentine doesn’t allow herself to speak often, and I was impressed at Stewart’s ability to convey a history and an emotional depth with relatively little dialogue; after the movie, I missed Valentine the most.

As fascinating as Maria’s and Valentine’s relationship can be, that narrative thread could potentially just circle around infinitely. The impetus that breaks the circle is Chloe Grace Moretz’s character, who in the world of the movie, is a mash-up of younger Angelina Jolie, Scarlett Johansson, and Lindsay Lohan: a young talent who knows how to use modern media and sometimes makes questionable, but highly publicized, decisions. Her presence brings all of the fears inherent to an aging actress faced with a younger actress to the forefront, and the lines between Maria and Valentine, blurry to begin with, warp further in new directions. It is how Maria and Valentine deal with this new dynamic which ultimately influences the resolution, a resolution which in some ways is as stark and mysterious as the beautiful and treacherous setting in which it takes place. 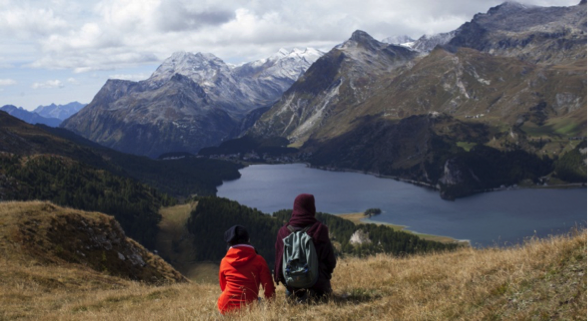