Who knew there would be this much backstabbing and bickering in the 24th Century?

Now the truth can be told! That’s the attitude that pervades William Shatner’s latest documentary exploring the franchise that made him a household name. The man who once told Star Trek fans to “get a life” has now spent considerable time and effort in his later years exploring the concepts and fandom that has made the franchise endure for almost fifty years. This time, Shatner writes, hosts, and directs this engaging peek inside the tumultuous creation of Star Trek: The Next Generation and the behind-the-scenes drama that has heretofore remained largely a secret. Never you mind that Shatner admitted in 2009 in another documentary, The Captain’s Summit, that he had never watched a full episode of Star Trek: The Next Generation; he turns out to be the perfect man for the job of spearheading this tell-all project. As the first and most iconic Star Trek captain, Shatner appears to have unfettered access to anyone and everyone remotely associated Star Trek, from the past presidents of Paramount Pictures (Jeffrey Katzenberg) to producers (Rick Berman, Brannon Braga, Ronald D. Moore), writers and the cast themselves. Just about everyone who has something to say about the series can be found in this documentary. You normally get a few talking heads in the kind of documentary that you find in the special features section of a TV show DVD, but we’ve never had this many people who are connected to Star Trek in one place discussing their experiences so candidly, and I imagine we probably never will again…at least not for Star Trek: The Next Generation. 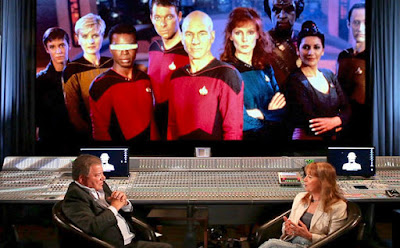 Beginning on the Paramount lot in the sound stage where The Next Generation was shot, Shatner walks us through the creation of the second Star Trek television series. The bulk of Chaos on the Bridge is devoted to how difficult Gene Roddenberry, the creator of Star Trek, was to deal with during all aspects of the show. Between the birth of the original series in 1966 and the launch of The Next Generation, Roddenberry had become a cult-like figure among fans and had been given the grandiose moniker “The Great Bird of the Galaxy.” If that nickname makes you gag a little, you’re in good company: everyone in the documentary is more than willing to point out the chasm between the man and the myth. Maurice Hurley, one of the head writers of The Next Generation, calls Roddenberry “wacky-doodle,” and he does it more than once. Surprisingly, though, the film still manages to paint in neither black nor white, but shades of grey and we see Roddenberry as a struggling alcoholic and drug addict with an inflated ego, yet also someone with genuine hope for the future and a willingness to share his time with others.

Although it definitely helps, it’s not required that you be a Star Trek fan to enjoy this documentary. While it’s the story of the birth of The Next Generation and the struggle of the actors and writers to find a unique voice, it’s also the story of how the major film studios conduct their business, with many of the participants more than willing to disclose their own animosities and personal grudges. One of the highlights of the film involves a story from two different viewpoints. On one side is Paramount’s President of Network Television, John Pike. On the other side is Patrick Stewart, who played Captain Jean-Luc Picard. Stewart was disgruntled about something that was taking place during the production, which resulted in a meeting between Pike and Stewart. Pike’s version of the story is shockingly shrewd (Shatner calls it terrible) and shows a willingness to sacrifice his lead actor rather than tolerate unrest on the set. Patrick Stewart’s account is much more grounded and reasonable (and also very different), but the documentary lets you decide what actually happened. 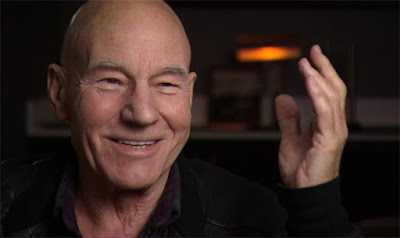 Shatner is great. He has great chemistry with all the Next Generation actors because he’s spent years doing live Q and A sessions with them, and he has some really relaxed moments with Jonathan Frakes, who played Will Riker and directed two Star Trek films himself. Shatner sits out when it’s appropriate and almost never interjects his own opinions or accounts unless he’s pressed for them. He knows the right questions to ask, and he allows those questions to breathe. He himself is by no means the center of the documentary, which can be a bit of a surprise if you’ve seen some of his other documentaries in which he’s eager to take the spotlight.

There are plenty of amusing revelations about the series that have perhaps been in the ether for years, but are finally committed to film for posterity. For instance, Yaphet Kotto was a front-runner for the role of captain, which would have made for a very different show. There’s also a story about Patrick Stewart’s hairpiece having to be flown in from Britain for his audition. Then there are accounts of how Paramount put the cast up in tiny little trailers left over from the 1950s and neglected any sort of craft services, meaning the cast had to sneak food from other sets.

Something that greatly helps the narration is the presence of animated drawings, sort of like a motion-comic. All throughout the documentary, there are stark visuals that accompany the stories being told on the screen which help us visualize what is taking place and prevent the film from existing entirely of talking heads. It’s a bold choice that I think could have gone horribly wrong, but which actually succeeds.

On the other hand, one of the things I don’t like about the film is that Shatner has chosen a western motif for the documentary. I know Star Trek was originally conceived as a “wagon train to the stars,” but I think that gets stretched past the breaking point here. The major players in our story are depicted as cowboys engaged in a gunfight, or players at a poker table. It’s not without basis as several of the interviews lend themselves to poker analogies, but Shatner takes this theme and sets it to incessant fiddle music. The end credits run to the song “Wacky Doodle.” It’s all just a bit much. 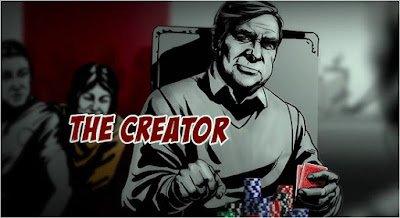 My other main complaint is that the documentary covers so much ground in so little time (it only runs an hour), that I can’t help but wish it were longer and wonder what’s on the cutting room floor. A small amount of time is given to the firing of Gates McFadden as the ship’s doctor, Beverly Crusher, and the hiring of her replacement, Diana Muldaur as Dr. Katherine Pulaski. There’s a lot of potential for this section of the film as Muldar had previously worked with Shatner on the original series of Star Trek, and they clearly have a familiar relationship with each other. Meanwhile, Patrick Stewart seems to have some things to say about Gates McFadden and why she was fired, but the whole subject is brought up, briefly discussed, and then dismissed before you even have time to invest in it. That entire section of the film lasts less than two minutes and both Gates McFadden and Diana Muldaur only appear for a fraction of that time.

That brevity is unfortunate, but it was probably a necessity owing to the documentary’s Canadian TV origins, which is where this film first saw the light of day in 2014. William Shatner has forgone the usual DVD-based distribution in favor of streaming rentals via the major streaming sites like Vimeo, VUDU, and Youtube starting at $3.99. Amazon shows a DVD version available for pre-order and coming September 1st, 2015, but I’ve been unable to find any details on if this version is going to be any longer or include any special features such as deleted scenes. For now, at least, the best way to catch Chaos from the Bridge is by streaming it through one of the services mentioned above. Whether you’re a fan of Star Trek or not, Chaos on the Bridge is fascinating and frank. I highly recommend it.
Posted by Patrick Bromley at 12:00 PM