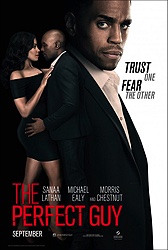 The title is ironic.

The Perfect Guy (which amazingly is rated PG-13 despite being solely about a woman in jeopardy) is a very professionally-made bad movie. Despite mostly decent lead performances from its appealing cast, the movie fails because it plays out in the exact way you would expect it to. There are no surprises in The Perfect Guy. And my goodness do they rely on clichés in this thing. It exists in movie world. For example, two characters are at a bar and the perfect guy tells the bartender “give me two beers.” What kind of beer? No one has ever ordered a beer this way in a bar. You know you’re watching a bad movie when stuff like that sticks out to you. 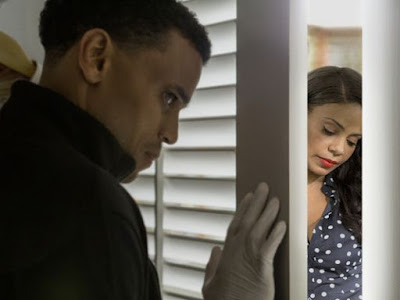 The movie relies heavily on the Sleeping with the Enemy/The Boy Next Door playbook and tells the story of a lobbyist (Sanaa Lathan) who breaks up with her boyfriend (Morris Chestnut) when he won’t commit and soon finds herself in the throes of a new “perfect” guy (Michael Ealy) who turns out to be not as perfect as he initially seems. Stalking, intimidation and murder ensue. The movie is directed by David M. Rosenthal (A Single Shot, which I have not seen) and written by Tyger Williams (who wrote Menace II Society and nothing since...I mean, seriously...he came back FOR THIS?) and they’ve made a great looking movie but it’s poorly paced (it feels like it’s 2.5 hours despite being 100 minutes, probably because the story is so one-dimensional) and the script is filled solely with functional dialogue meant to move the plot along. There’s very little that’s idiosyncratic about The Perfect Guy and that’s why it made me so restless. It’s just so damn generic. 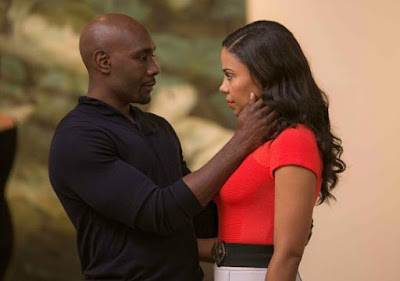 The Perfect Guy comes from Sony’s Screen Gems division, who has become successful in part by distributing movies for adults often with African American actors in the lead. That’s awesome. Guys like Morris Chestnut and women like Sanaa Lathan should be getting lead parts in major movies. They’re very charismatic and easy to watch. I just wish it was in better movies. In The Perfect Guy, Lathan gets a rare lead role and she does a good job. She’s believable as a woman who quickly gets in over her head and she’s smart and practical. I’m not sure what it is for me with Morris Chestnut, but I just find him super charismatic and cool on screen. If I could be any guy in the movies, it might be Morris Chestnut. Dude’s smooth. As for the other lead performance from Michael Ealy, let’s just say it’s ok. I’m not the biggest fan of the actor (he drives me crazy with his “I’m this sensitive guy so I’m going to talk gentle and be perfect” shit that he does in EVERY MOVIE) but I have to admit that the casting works because in the beginning of the movie, when he’s playing “the perfect guy,” it relies heavily on what that particular actor brings to the screen. When he’s supposed to be darker it’s good enough but could have been great if they got an actor who seemed to really relish playing a villain. 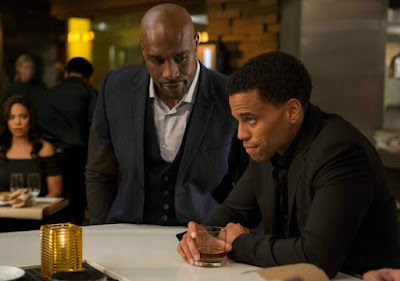 I don’t have much more to say about The Perfect Guy. It is what it is, which is generic entertainment meant to make some quick bucks in its opening weekend and then fade from the collective memory shortly thereafter. This is formula filmmaking in its purest essence. I read in a separate review for The Perfect Guy (which you don’t need to read, this is the only review of the movie that matters…jk) that it harkens back to the 1940s studio movies that they used to just churn out one after the other. I think that’s giving the movie a bit too much credit, but we have to remember that just because it’s from the 1940s didn’t mean it’s automatically a classic. They churned out generic shit back then, too. We just don’t remember it because those movies didn’t stand the test of time, and neither will The Perfect Guy.

P.S. John Getz is in this and I was all happy for a few minutes because he’s in The Fly (1986) and is great in that movie. He gets barfed on. Spoiler: No one throws up on John Getz in The Perfect Guy. Maybe they should have. It would have made the movie less generic.
Posted by Patrick Bromley at 12:00 PM