Off the Shelf: Killer Workout (Blu-ray) 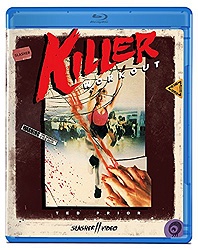 Warning: this workout's a real killer.

The 1986 slasher Killer Workout (aka Aerobi-cide) might be the best health club horror films this side of Death Spa. By this I mean that it is terrible and also wonderful.

The movie opens with a woman entering a tanning bed, which malfunctions and starts on fire with her inside. We don't know who she is or where she is or why she needs this tan. We only know that she is extra crispy. Jump forward a few years: business is booming at Rhonda's health club, as evidenced by the many long and gratuitous montages of women doing aerobics. But now a killer is cutting into business by cutting into the customers! Someone is committing aerobicide! 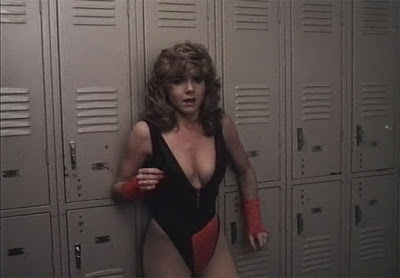 As both a student and a lover of '80s horror, there is a specific charm to junk like Killer Workout. It is generic in nearly every way -- no characterization, stiff performances, uninspired kills -- and at its heart is exactly the kind of run-of-the-mill slasher that so quickly killed the genre in the early '80s when the market was flooded and very little stood out. But because this was produced a few years after that deathwave (#deathwave) had crested, the filmmakers had to come up with a unique "hook" on which to hang an otherwise totally unremarkable slasher. Though it's not always utilized to its fullest potential (one would hope for more workout-themed murders), the health club setting is inspired. If nothing else, it gives writer/director David A. Prior (whose credits also include Future Force, Future Zone, Invasion Force, Raw Nerve, Raw Justice and Relentless Justice) license to constantly cut away from the action and let an extended aerobics montage play out, fulfilling the "hot girls in tight clothes" requirement and slathering the soundtrack in '80s dance pop. If a character would only have poured a can of TAB over a bowl of Mr. T cereal, Killer Workout might be the most '80s thing ever created. 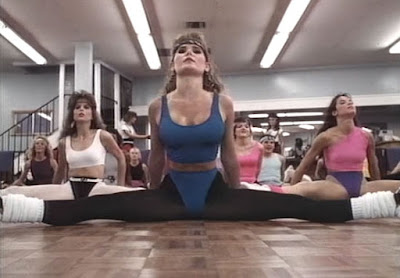 None of this may sound like a recommendation. I'm not sure it is. If Killer Workout is a movie for you in any way, you know who you are. This is not something that a casual horror fan should seek out; this is horror fans with an affection for the days of VHS who have already seen all the genuine classics but are still chasing the slasher movie dragon. For those people, Killer Workout certainly has its pleasures. After all, bad pizza is still pizza. 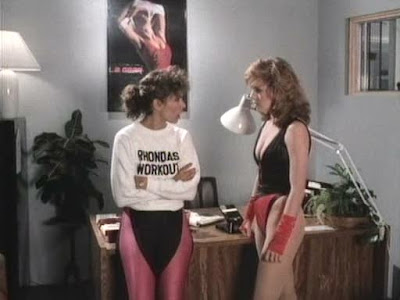 The new Blu-ray of Killer Workout (from Olive Films and Slasher // Video) has been sourced from the best existing video master, meaning it's got some pretty significant flaws -- changes in the resolution and even what appears to be tracking marks at points -- but nothing that really detracts from the experience of Killer Workout. In fact, the only way to watch a movie like this is to surrender to the nostalgia of picking up whatever low-rent slasher you could find at the video store in the '80s -- an experience that this Blu-ray replicates with great fidelity. The disc carries a disclaimer that reads "Killer Workout is presented using the best available elements provided by Slasher // Video. Not sourced from an HD Master; remastered from PAL Beta SP and unconverted to Blu-ray and DVD specifications."

While Killer Workout lacks the true lunatic stupidity of a Death Spa, it's efficient enough at being what it is to make it an enjoyable way to spend 80 minutes as long as you know what you're in for. Just because a movie's no good doesn't mean it can't be kind of great.