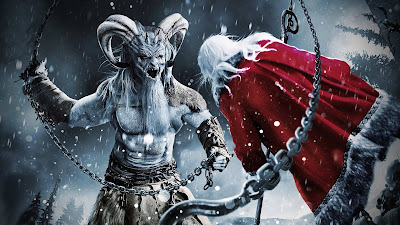 It's that time of year again when I am still hung up on Scary Movie Month, have been thinking about Remembrance Day and watching films about the two World Wars, am very aware that November 22nd is approaching so I am hung up on all things to do with JFK and it's almost Christmas so I am jerkingly making the festive transition as well.

What the crap. One person can't possibly be thinking about all of that at once. How am I supposed to narrow down my train of thought into one pointed topic when my mind is fragmented into every which way? The only thing that's missing is cartoons. …For now.

Soooo one giant jumble of crap is what you get this week. Enjoy! (?)

Speaking of crap, I finally watched The Human Centipede for the first time last month… (Daryl had made me promise that I would avoid it at all costs because he had been traumatized by it, but that was a couple years ago and a movie promise must have an expiry date right?) And loved it. HAHAHA. If you thought I was weird before… 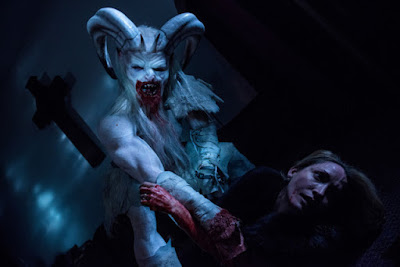 Well this certainly was something. A not-quite-scary anthology that somewhat ties things together, but leaves me wanting more. I feel like I have been down this road before! I changed my mind about twenty times throughout the movie, like, don't like, still don't like, fucking zombie elves are trying to kill Santa? Like! I am not altogether certain where I eventually settled, though. William Shatner as the boozy radio host was fun to watch in his gradual drunkenness and I had a longing to watch any film that Meatloaf has made an appearance in each time Santa was onscreen. I think I will definitely give this a re-watch at some point, if for no other reason than to watch those happy little elves destroy the North Pole. 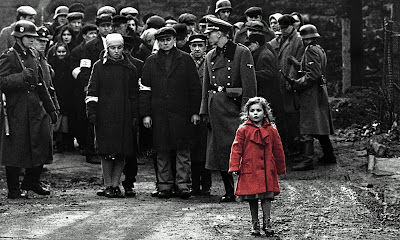 With my holiday transition somewhat begun, and having quieted that screaming voice demanding Christmas, I feel more at ease with launching myself into historical documentaries and films. On November 11th we spent our morning at the largest indoor Remembrance Day ceremony in Canada, followed that up with a couple drinks at my legion and returned home to remember the sacrifices made long ago in my favourite way: watching films on the subject. When I discovered this was my husbands a first viewing of Schindler’s List, I was even more excited to watch it. This film is artistic perfection from no matter which angle it is viewed and never fails to grab my heart and bring every emotion to the surface.

From this point I decided this year to stray from my usual line-up of historical films and went with a documentary theme instead. My favourite and the one that stood out from the rest, The First World War From Above (2010), gives us an incredible, jaw-dropping view of France from the air, just shortly after the conclusion of the Great War. It incorporates historical footage from an airship with never before developed photographs, giving us a unique view of a war-devastated world. What I found most intriguing was the tunneling the allies had done below the Germans where they placed mines that once exploded left behind craters that currently exist as ponds and centrepieces in farms and gardens.

With my fragmented mind being in hyper-ADD mode (11 JFK JFK 22 JFK JFK JFK 63), and pulling me every which way, the only way to shut it up is to feed the beast.

I sat myself down for a couple days of losing myself in new-to-me docs and watched five in quick succession. Doing this sometimes has a tendency to leave the memory of the individual movies a jumbled blur (especially with all being first time viewings), but one definitely stood out from the rest. 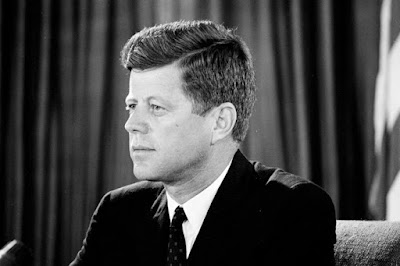 JFK: A President Betrayed (2013) is narrated by Morgan Freeman and uncovers new evidence surrounding the people in the Kennedy Administration and the President's solitary struggle to pull the world back from an impending war. One of his advisors was, at the time of his assassination, conveying a message to Fidel Castro about Kennedy’s desire to speak with him. This documentary is wonderfully narrated, directed and well informed, keeping me thoroughly captivated and entertained throughout. The one thing I have noticed in all of these more recent documentaries is the use of Kennedy’s autopsy photos, which to an unsuspecting viewer could be horribly shocking. Several of the other documentaries I watched used the photos as shock value instead (most notably JFK: The Smoking Gun), but the filmmakers of this doc opted to take the classy route and focus more on what he was trying to achieve as opposed to glorifying his autopsy photos.

I feel like I have been neglecting my horror genre as of late and the need to get my fix is consuming my almost every thought. With my brain being drawn in about fifty directions, though, I feel the only way I can satisfy everything would be to find something involving JFK time-traveling to World War I and saving the world from trench zombies at Christmas time. With cartoon flashbacks. And maybe with a flash forward that includes Harry Potter.
Posted by Patrick Bromley at 5:00 AM