Put on your winter coats, pay for your past mistakes and watch these movies on Netflix! 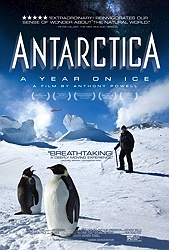 Adam Thas: Antarctica: A Year On Ice (2014, dir. Anthony Powell) Anthony Powell works in the communication industry and is an amateur filmmaker. For the past few years Anthony has been one of 700 people (on the continent) to stay all year in Antarctica. Teaching himself time-lapse photography and making his own rigs, Anthony spent a full year in Antarctica working and filming on the side. It took me a while to watch this one because I was pretty sure it was going to be boring as hell, but I could not have been more wrong. Antarctica is an absolutely beautiful movie with some of the most gorgeous shots and images I have ever seen. I am so upset I didn’t get a chance to see it on the big screen. If they were told they were going to spend five months in with no sun in an area with an average temperature of -40 degrees, most people would find a way to run away. Antarctica not only shows the people who volunteer for this, but why they volunteer. The movie and narrative are told by a person who loves Antartica and is surrounded by people who love Antarctica. It is a great documentary and I’m better for experiencing it. 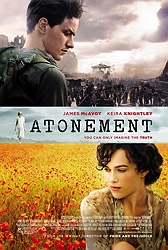 Heath Holland: Atonement (2007, dir. Joe Wright) Based on the novel by Ian McEwan, Atonement stars Keira Knightley and James McAvoy as a pair of lovers who find their lives drastically altered when McAvoy is accused of a crime he didn't commit. Sprawling in scope, the story travels from wealthy English estates to the battlefields of World War II, and is almost too much movie for its two hour running time. It's great to see McAvoy before he became recognizable in America, and Knightley is the definition of a movie star here. Joe Wright (Pan) excels at period drama and brings that skill to this film, which quickly evolves past its Jane Austen aesthetic and becomes something else. Some people say this movie is too slow, but I disagree. Definitely haunting, this one could stay with you for a long time. 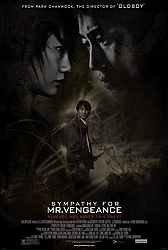 Patrick: Sympathy for Mr. Vengeance (2002, dir. Park Chan-wook) I searched all over the site because I couldn't imagine not having recommended this before but couldn't find any sign of it (both Lady Vengeance and Oldboy, the other two films that make up Park's "vengeance trilogy," have been represented elsewhere). Hopefully you've already seen this, but if you haven't please clear two hours this weekend and check out an essential work from one of the most exciting filmmakers of the 2000s. I don't want to say much about the story except that it centers around a deaf mute man whose sister needs a kidney transplant. The lengths to which he goes to earn the money for her surgery lead to a domino effect of trouble and devastation. The less you know about where the movie is going the better, though I would argue that it's almost impossible to ever guess what's going to happen next. One of the great things about contemporary Korean cinema is that it refuses to follow traditional narrative rules; even when you think you've got your bearings, Park pulls the rug out from under you. This is the entry in the "Vengeance Trilogy" I revisit the least, but that doesn't make it any less brilliant.
Posted by Patrick Bromley at 12:00 PM