This week we once again encounter a misnamed film. The “girls” in this movie are all largely blameless…it’s the male characters who are clearly on a collision course with H - E - double hockey sticks.

We are all interested in bad movies, inexcusable cinema, worse-than-mediocre pictures, and miserable excuses for art, for that is the stuff we use to fill the hours when we should all be in church. You are interested in the unknown, the mysterious, and the inexcusable—that is why you are here. And now, for the first time, we are bringing to you the full story of some of the worst movies ever made. We are bringing you all the evidence, based only on the secret testimony of the miserable soul who survived a screening. I am that miserable soul. The absurdly low budgets, the endless shots of people’s feet, the ridiculous misogyny, the inane, looped dialogue, the risible acting—my friend, we cannot keep these a secret any longer. Let us punish the guilty. Let us reward the innocent. Remember, my friends: terrible movies such as these will affect you in the future! 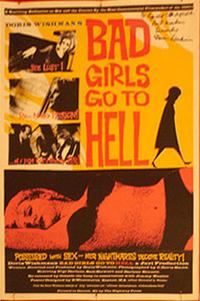 Watching Bad Girls Go To Hell was my chance to finally sample the work of maverick independent filmmaker/confirmed lunatic Doris Wishman. I have read about Wishman’s unique oeuvre at some length, never quite believing what I was reading, and I am glad I finally had a chance to scratch this particular itch. Something Weird’s founder/owner Mike Vrany has this to say about Wishman: “Her movies are actually the epitome of what fascinates me about ultra-low-budget movies—the fact that they were ever made… Doris is a perfect example of anarchy filmmaking.”

NOTE: The bit of anarchy in question here is filmed in black and white. Unnecessary pans and zooms are used to photograph the anarchy, as if the filmmaker was unfamiliar with a movie camera and just playing around with it. The footage of the anarchy is edited with no attention to the rules of editing, so jump cuts, breaking the 180-degree rule, and general audience confusion are common. When one of the anarchists is talking, the camera focuses on whoever in the scene is NOT talking.

The Plot In Brief: Meg Kelton (Gigi Darlene) is happily married to Ted (Alan Yorke). When Ted announces that he has to go in to work on a Saturday, Meg is disappointed because she wanted to stay in bed all morning pleasing him. Ted leaves for work anyway. Meg begins her housework regime in a revealing negligee. When she leaves the apartment to throw out the trash, the building janitor (Harold Key) assaults her. Meg kills him with an ashtray.

Despairing over her homicide, Meg leaves town, adopts the fake name Ellen Green, moves to New York, and begins to rely on the kindness of strangers. Most of these strangers are only interested in bedding “Ellen,” beating her, or both. It is not pretty. The film’s vaunted “twist ending” is horrid in every sense of the word, seemingly written, staged and photographed by a women-hating amateur sociopath. 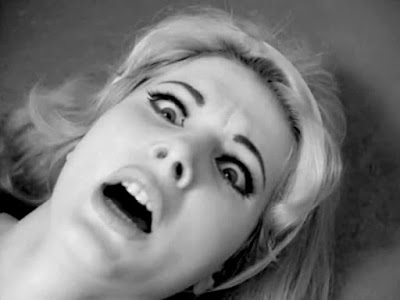 Writer/director Doris Wishman’s signature style takes some getting used to. All dialogue is dubbed in later—there is no synced sound. This was probably done as a cost-cutting measure. The problem is, to avoid the additional problem of bad lip syncing, whenever an actor is talking, Wishman will usually cut to some nonspeaking person or object in the room: a rug, a chest of drawers, or actors’ legs and feet. The single most defining aspect of the Wishman style is its demented preoccupation with legs and feet. When characters move across the frame, Wishman will actually film them from the waist down. Why? Perhaps Wishman wishes to carve her own path, since every other director on Earth tends to focus on a person’s upper half because that’s where the face part is. You know, the thing an actor uses to ACT. 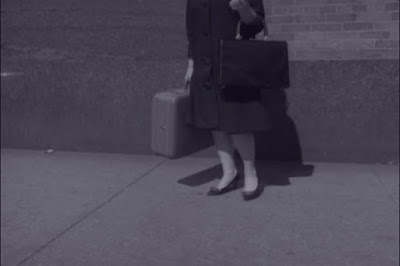 No amount of hipster laughter about Wishman’s campy style can wash away this film’s very real, and very disturbing, violence. In the 1950s and ’60s, an offshoot of the disreputable genre known as the “nudie cutie” was the “roughie”—a grindhouse, drive-in picture that featured not just glimpses of nudity and simulated sex, but also brutal violence, almost always directed against women. Once the character of Meg kills the janitor (in self-defense, I need to point out) her life becomes an unending litany of awkward seductions and brutal beatings. Is Meg being punished for killing a man? Is this a cautionary tale to women who would take out the trash in inappropriate clothing? Is Doris Wishman catering to a sick clientele who are so sexually frustrated, they need to take out those frustrations on the seeming objects of their own desire? Any way you look at it, it’s not pretty.

Bad Girls Go To Hell features a shitty faux Twilight Zone ending so misconceived that it would be hilarious if it was not so soul-crushingly grim. Is Bad Girls Go To Hell a veiled social protest, portraying all men as the beasts we suspect ourselves to be? (The men in the film are all awful bullies and alcoholics.) Or is this the work of a female misogynist, who presents here a virtual “How-To Manual” for the amateur wife beater, a self-deprecating narrative of shame over which the worst men in any town can slobber? 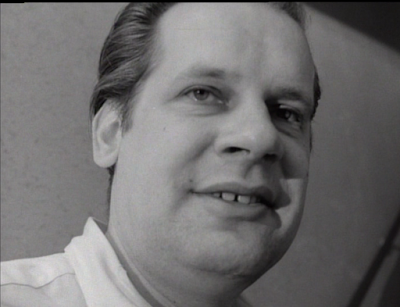 Something Weird’s DVD of Bad Girls Go To Hell contains a plethora of bonus features that almost make the disc worth purchasing. Drive-In Countdowns, Coming Attractions, and the bonus Doris Wishman sleaze-fest Another Day, Another Man are also included. Lovers of looped dialogue, foot fetishists, and abusive social liabilities—I may have just found the DVD you have always wanted! Hooray?

My friend, you have now read this column, based on my own sworn testimony. Can you prove that this film doesn’t exist? Perhaps on your way home, a mysterious woman will pass you in the dark, and you will never know it, but she just might be the ghost of director Doris Wishman on her way back to Hell! Many scientists believe that bad movies are being filmed at this very moment. We once laughed at fire, the wheel, gravity, post-synced dialogue, the telephone, the murder ashtray, and the airplane. So much laughter! And now some of us laugh when bad girls go to hell. God help us in the future.