A certain mega-blockbuster superhero movie got you down? Let this week's Netflix recommendations pick you back up. 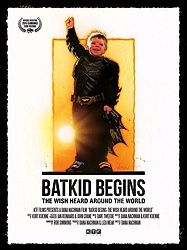 Batkid Begins: The Wish Heard Around the World (2015, dir. Dana Nachman) I really enjoyed this sweet and moving documentary when I first saw it during last year's Chicago Critics Film Festival. It's a movie about community; about how people are able to come together in the service of something good and make magic happen. For those who felt like maybe Batman v Superman lacked optimism or heroism, this documentary should make you feel right again. 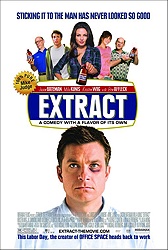 Extract (2009, dir. Mike Judge) Yes, this is the lesser of writer/director Mike Judge's three live action features. But that might be an unfair standard, seeing as how his first two (Office Space and Idiocracy) are both modern classics in their own ways. Extract is a more traditional comedy about the existential plight of the middle class white male, a demographic that is woefully underrepresented in Hollywood films. That complaint aside, the movie is funny and features another great put-upon performance by Jason Bateman, an actor who does this type of thing better than most. The real scene-stealer of the film, though, is Ben Affleck in the kind of smaller character role he got good at during his years spent trying to climb back on top (see also: Smokin' Aces, Hollywoodland). Though not typically known for comedy, Affleck is very funny as Bateman's dim-witted friend. It's one of his more unappreciated performances. 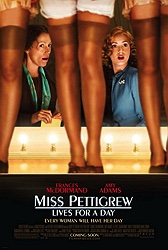 Miss Pettigrew Lives for a Day (2008, dir. Bharat Nalluri) Though you might not know it from seeing Batman v Superman, Amy Adams is usually a goddamn delight on screen. That's particularly true of her turn in Miss Pettigrew Lives for a Day, an almost completely forgotten little screwball comedy starring Frances McDormand as a quiet and uptight governess who ends up taking a job working for an actress (Adams) juggling three different suitors. While her performance is very stylized, Adams' explodes of the screen -- she's funny, she's sexy, she's silly and she perfectly captures the tone of this character as it would have appeared in '30s and '40s movies. Frances McDormand is great as always and even gets a gentle little romance of her own. This is the kind of movie that would normally repel me based on the title alone, but I was very pleasantly surprised and happy to have seen it upon release. Give it a chance. 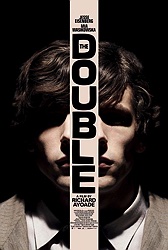 The Double (2013, dir. Richard Ayoade) The IT Crowd's Richard Ayoade's second feature as a director (following 2010's Submarine is a very different, very dark, very interesting comedy. Not all of it works, but I admire the effort. Adapting Dostoyevsky's novella, the movie casts Jesse Eisenberg as an unhappy office drone who one day meets his exact double, a more dynamic and more confident version of himself. The pair conspire to seduce the girl that Eisenberg 1.0 has his eye one (Mia Wasikowska). Complications ensue. Eisenberg, an actor whose range is being called into question these days ("The red capes are coming!"), does well in a dual role, but it's Ayoade's approach to the material that makes this worth seeing. It's a rare comedy that deserves to be seen more than once.
Posted by Patrick Bromley at 12:00 PM