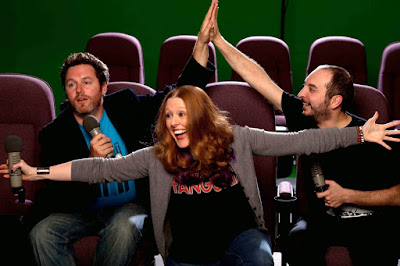 Time to say goodbye to my favorite podcast.

Today, the RONDO AWARD WINNING podcast Killer POV posted their 140th and final episode. Needless to say, I am very sad about this. As anyone who has followed our site or podcast for the last few years can attest, I have been a very vocal champion of what I think is the very best horror podcast on the internet and the show in any medium -- broadcast TV, cable, satellite radio -- to which I most look forward every week. I have written several articles about some of my favorite episodes. I reference the show or something they have said or a movie they've recommended on at least every other episode of our podcast. Killer POV has been very important in my life.

I'm proud to say that I've turned several others on to the show (including our friend/listener Dennis Atherton, who quickly became their biggest and most persistent fan), because that's the point of a site devoted to criticism and celebrating the things we love: to hopefully spread the word and turn others on to great art. The three hosts, Rob Galluzzo, Elric Kane and Rebekah McKendry -- whom I once dubbed "the Beatles of horror podcasting," a label I stand behind -- have been instrumental in making me a better movie fan, whether it's seeking out movies I otherwise wouldn't have because I prejudged them or, as was more often the case, because I wasn't even aware it existed (I'm looking at you, They're Playing With Fire). They taught me to appreciate the good aspects of movies I maybe didn't otherwise like, or to at least to celebrate the sense of fun in movies that could otherwise be dismissed. Nothing has shaped my viewing habits more in the last three years than Killer POV. 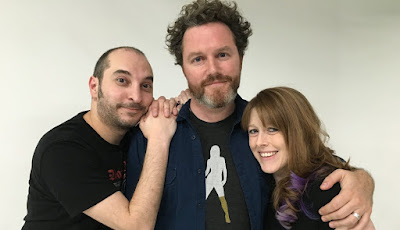 But they didn't just shape my tastes -- they influenced the horror habits of thousands of fans a week, all of whom they would interact with on social media and in the comments section on Geek Nation, creating a real sense of community. When news outlets were falling over themselves to report that St. Vincent would be directing a segment in the upcoming all-female horror anthology XX, they failed to acknowledge that the story broke during Karyn Kusama's interview on Killer POV. Bob Murawski revealed plans for a sequel to The Beyond that never happened -- brilliantly titled Beyond the Beyond -- on Killer POV. Without Killer POV, it's possible that Jeremy Gardner's The Battery wouldn't have gotten a wide release from Scream Factory, which would have been a crime as it's one of the best horror movies of the last five years. They have been written up as essential listening by none other than Entertainment Weekly. And just a few weeks ago after two years of being nominated but coming up short, Killer POV won the Rondo Award for Best Multi-Media Site (full disclosure: I have voted for the show for the last three years and probably never would have voted in the Rondos otherwise -- such is the fans' connection to the show and its hosts). Theirs was a real impact. 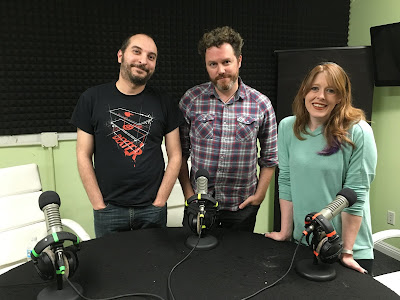 It's a lasting impact, too. The three hosts are not going away. Rob Galluzzo and Rebekah McKendry continue to write for Blumhouse.com every day, and I suspect we'll be seeing a feature film from Elric Kane sooner than later. Having heard the final episode (in which they graciously give a shout out to yours truly), I'm hoping we see or hear or read the three collaborating again in the near future. Their absence will be felt in the meantime, but they leave us with 140 episodes of insightful, intelligent, warm and funny conversations about horror movies. I'll repeat what I've said in the past: there are a lot of podcasts about horror movies. A LOT. I have tried to listen to many of them. None can come close to touching the knowledge, the chemistry or the sense of joy and curiosity the three Killer POV hosts have not just about horror movies but about film in general.

True story: my wife and I are planning a trip out to L.A. this summer to see family and ensure that Doug's baby daughter gets into heaven. We'll be doing some other stuff while we're out there and when Erika asked me "What's the one thing you'd like to do while we're there?" I responded "Hang out on Killer POV." Of course the show ended before that could happen, because that is my life.

So goodbye, Killer POV. You gave us hours of free entertainment and camaraderie. You shared your work and your lives with us. You deserved the loyalty and passion of the fans you cultivated and all of the accolades you received. You got me to watch Ticks, but you also introduced me to Messiah of Evil and The Pit and countless other films that I'm thankful to have in my life. Rest assured, wherever you go next, I will be there. 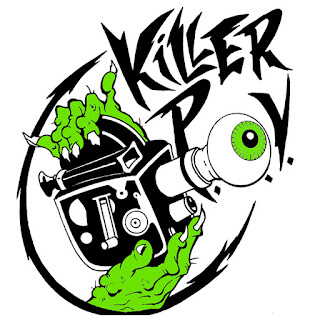 Posted by Patrick Bromley at 2:26 PM