This isn’t the doc you’re looking for.

Only Star Wars. I can’t think another film franchise with quite as many rabid fans willing to collect the signature of every puppeteer, background player, or model maker associated with a film production. It’s that thirst for behind-the-scenes content that brings us things like Elstree 1976, a documentary from filmmaker Jon Spira that shines the spotlight on a handful of actors who appeared in the original 1977 film. Some of these actors have speaking parts while others do not. Some of them have faces that never made it to screen. Elstree 1976 allows anonymous X-Wing pilots and cantina aliens to tell their story, but also gives us some time with a few people who contributed greatly to the success of the world’s most famous space opera. If you’ve ever wanted to hear from the stormtrooper that bangs his head in the Death Star, here’s your chance. 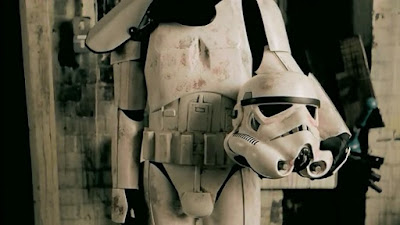 I have some problems with this documentary. The first is the way they introduce us to the actors themselves, which is by first name only. That means an actor like Paul Blake, famous among Star Wars fans for playing Greedo, is introduced only as “Paul.” David Prowse, the man who put on the Darth Vader costume every day and gave the Dark Lord of the Sith his physical presence, is introduced as “Dave.” It’s a weird choice, and it makes me feel like I’m sitting in on an Alcoholics Anonymous meeting. Then again, I have to imagine this documentary is aimed at passionate Star Wars fans (I don’t know who else this would appeal to) who already know who many of these people are from their appearances on the convention circuit and from their autograph tables worldwide, so maybe that’s why we’re on a first name basis with these actors.

The director also unfortunately opts for this sad ambient music throughout most of the film that makes everything seem really melancholy and poignant, even when it’s not being poignant at all. Someone will say something funny and then laugh, but the music tells us to be sad. It’s not the best choice, but I fear that this tone is exactly what the director was going for. It’s less of a celebration of these actors and more of a lament. “See these guys? They were in the most awesome movie ever, but no one knows. Do they look happy? Don’t be fooled by their smiles and good humor. They’re really bummed.” Not helping things either is the weird reenactment footage filtered and edited to look like pseudo-grainy behind-the-scenes footage of the actual 1977 Star Wars film. For about 10 seconds I thought I was seeing previously-unreleased 8mm footage that someone shot on the soundstage during production, but it quickly becomes evident that these are just people dressed up in Halloween costumes with fake mustaches and wigs. The director shows this grainy footage while the sad music plays, apparently attempting to create a mood of bleakness and boredom. 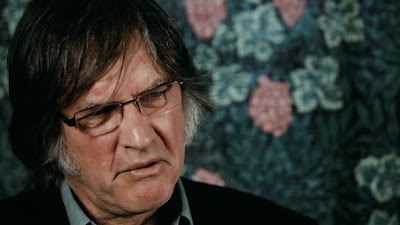 There are some interesting revelations to be discovered along the way, though. Several of the actors have things to say about their interactions with George Lucas on the set, revealing more about his notoriously lax directing style and inability to communicate what he wanted from certain scenes. It’s further evidence that Lucas is in his element among technology and the editing room, but strains when it comes to human connection. It’s also interesting to hear David Prowse’s first-hand accounts about working with Stanley Kubrick on A Clockwork Orange, his expectations and disappointments with his role in the Star Wars saga, and how Darth Vader has been a blessing and a curse for the last four decades. He also says at least a few things that Star Wars fans will find to be incendiary, as there’s definitely some revisionist history going on here.

It’s also interesting to hear about the hierarchy that apparently exists in the field of background actors and extras. Those with speaking roles consider themselves to be further up the food chain (meaning they can charge more for autographs) than extras who stand around and wear helmets. That makes it pretty awkward when guys like Jeremy Bulloch (Boba Fett) become convention rock stars despite never showing their face on screen while “X-Wing pilot #9” struggles to draw a crowd.

While I’m not crazy about the tone and the shoehorned sense of melancholy that permeates the documentary, there are some legitimate moments of gravitas that the film manages to capture in spite of itself. Since this is a film dealing with an experience that happened nearly 40 years ago, every single actor interviewed here is looking back at their brush with a film that changed the pop culture landscape forever. With that reflection naturally comes some truth about the nature of growing older and the changing roles that one plays as they age. I think this is a cool side-effect of the documentary, especially since it’s my belief that our culture doesn’t pay much attention to the older generation and the lessons they’ve learned from their experiences. I have to give the documentary credit for spending some time discussing the reality of aging in an industry of youth. 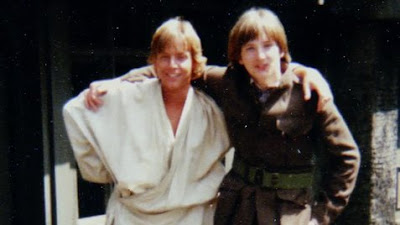 I don’t love Elstree 1976. Frankly, it’s kind of boring and there aren’t enough revelations for hardcore Star Wars fans, which seems to be the target audience. Still, there are a few things I’ve never heard before and some legitimate human moments to be found. It asks some questions about film as art and the role of those who participated in the creation of that art, especially in small ways. When it works, Elstree 1976 is focusing on these questions. Unfortunately, too much time is spent elsewhere on things that just aren’t very interesting. If you’re a Star Wars fan, you may find this worth your while. If not, you’re free to move along.

Elstree 1976 is now streaming on Amazon Video.
Posted by Patrick Bromley at 12:00 PM