I’m ready to turn my apartment into 42nd Street!

This marks the first year I’m going to go the distance and complete all 30 days of Junesploitation. I’m very excited -- so much so that I planned out what I’m going to watch. Here’s the list, all of which include movies that are new to me! If you have any recommendations, please leave them in the comments below.

June 1 (Sci Fi!): Forbidden Planet (1956) - The first of many movies on this list that I'm embarrassed to have not yet seen. I wanna see what this whole Robby the Robot thing is all about.

June 2 (‘90s Action!): Death Warrant (1990) - How can I have never seen Death Warrant being as big of a Van Damme fan as I am? I have to take care of this right away. I'm hoping I love it like I love Cyborg, which I discovered during a previous year's Junesploitation.

June 3 (Slashers!): Jason X (2001) - I own this on a double disc with Jason Goes to Hell but have never seen it. Patrick wrote a great Take Two on the movie a while back which has piqued my interest.

June 4 (Kung Fu!): Master of the Flying Guillotine (1976) - This one is almost always marked high on the list of best exploitation movies so I'm eager to give this one a watch. Great poster, btw.

June 6 (Scream Queens!): Halloween II (1981) - I've owned the Scream Factory Blu-ray for over a year but have never seen this one. Oddly enough, I've seen every other Halloween movie at this point except Halloween II. I'm weird. 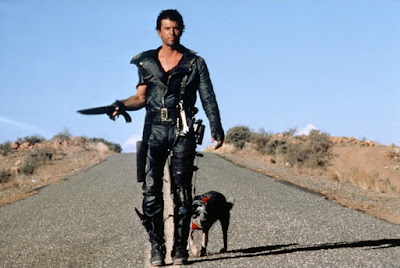 June 11 (Masters of Horror!): Two Evil Eyes (1990) - I can knock out two masters in one with this pick! I'm a dork for Poe adaptations (and anthologies) so I'm hoping for good things with this one.

June 12 (Blaxploitation!): The Mack (1973) - I've wanted to see The Mack ever since I saw the Christian Slater-Gary Oldman showdown sequence in True Romance but never got around to it. I'm gonna sit down, watch The Mack and have an egg roll on June 12th. 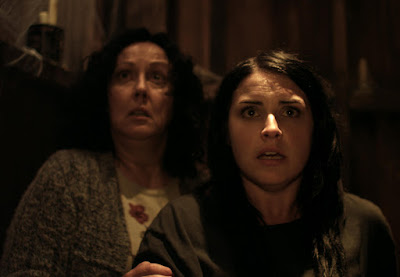 June 13 (New Horror!): Housebound (2014) - I don't know why but I always find something else to watch when it comes to New Horror rather than going and watching Housebound. No more excuses. I'm going to watch Housebound this month.

June 15 (Free Space!): Beach Party (1963) - Other than seeing Back to the Beach when I was really little, I've never dove in (pun intended) on beach party movies starring Frankie and Annette. I can't wait for this one!

June 17 (‘80’s Action!): Lock Up (1989) - I own this movie on Blu-ray on a Stallone mega disc but never got around to watching it. Also, this makes for a good compliment to watching Van Damme's Death Warrant earlier in the month. 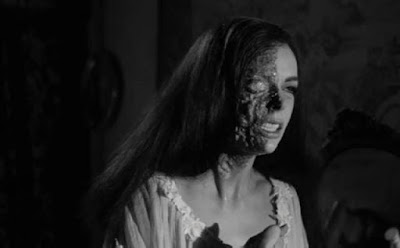 June 19 (Italian Horror!): Nightmare Castle (1965) - I picked up the Blu-ray for this one after JB's great column about it last year. I unfortunately didn't find time to see it during Scary Movie Month so what better time than now to open it up and give the disc a spin.

June 20 (Westerns!): The Man Who Shot Liberty Valence (1962) - This one's a no-brainer for me to watch this month. I've been promising my dad that I'd see this for years, I'm in a Jimmy Stewart phase right now and I love the Gene Pitney song. Not exactly exploitation, but I love that about Junesploitation: it's flexible.

June 21 (Eco Horror!): The Food of the Gods (1976) – I missed this one at this year’s Sci-Fi Spectacular so it is on my radar. Good opportunity to check this one off my list.

June 23 (Prison!): Chained Heat (1983) – I’ve wanted to see this one since I was doing Junesploitation prep and saw its trailer on a Synapse Films 42nd Street Forever trailer compilation Blu-ray. 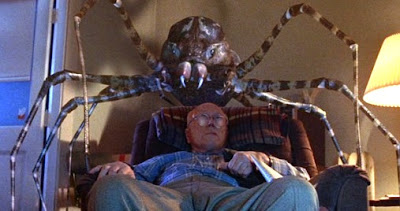 June 25 (Bugs!): Eight Legged Freaks (2002) – I think I’ve seen most of the essential bug movies so I’m going to go with one that looks fun. If you have any recommendations, I’m all legs.

June 26 (Revenge!): Revenge (1990) – Perhaps too on the nose? I love me some K. Cost and this is one of the few I have yet to see. Plus it’s directed by Tony Scott and his movies are always worth a watch.

June 28 (‘80’s Horror!): Night of the Demons (1988) – I’ve seen a lot of ‘80s horror but one that always seems to fall between the cracks each and every Scary Movie Month is Night of the Demons. Patrick assured me on the Demon Knight/Bordello of Blood podcast that this one is up my alley so I’m eager to check it out.

June 29 (Free Space!): Faster, Pussycat! Kill! Kill! (1965) – No more will this one go sitting unwatched on my shelf. I’m pumped, as this will be my first Russ Meyer experience.

June 30 (Cops!): Hard Boiled (1992) – As much as I like Face/Off (which I like just the right amount) and Broken Arrow (which I probably like too much), I have never seen any of John Woo’s Hong Kong shoot-em-ups. I’m very much looking forward to taking the dive with Hard Boiled. Plus, this one has Tony Leung, who (as a Wong Kar-Wei fan) can do no wrong in my eyes.
Posted by Patrick Bromley at 5:00 AM