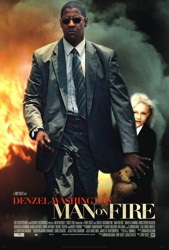 Tony Scott has been gone for over six months. He's overdue for a reevaluation.

Without even realizing it, Tony Scott's movies have been covered a lot on F This Movie!. He's a director whose movies I have often enjoyed without realizing that it's because I like him as a filmmaker. Hopefully, today's list puts it in perspective.

1. The Hunger (1983) - Scott's first feature is best remembered for the love scene between Susan Sarandon and Catherine Deneuve (for good reason), but it also announces the arrival of a gifted stylist -- if not a storyteller. Not yet, anyway. It's a great looking, stylish movie (and introduced a lot of Scott's visual signatures), which is the right choice for a vampire movie that's all about being sexy and keeping up appearances. It succeeds more in moments (like David Bowie's aging sequence, or the aforementioned love scene) than as a whole, but the moments are pretty terrific.

2. Top Gun (1986) - While I've never been a Top Gun fan, it's impossible to deny the movie's cultural impact. Scott brought his experience as a commercial director, combined it with MTV style and created the aesthetic that still informs modern action movies over 25 years later. This is on the short list of movies for which Scott will be most remembered, and that makes sense -- even if just about every subsequent movie he made was better.

3. Revenge (1990) - People tend to associate Tony Scott only with flashy crap: quick editing, smokey lighting, no substance. Top Gun boxed him in in a way I don't think he predicted, and he spent a lot of his career pushing back against what everyone assumed a Tony Scott movie could be. His films would get much darker in the 2000s, suggesting that he was getting edgier or facing his own morality more the older he got. But Scott was going really dark all the way back in 1990 with the Kevin Costner drama Revenge, a nasty bit of melodrama that's gorgeously photographed (because Tony Scott) and refuses to back down. Released the same year that Costner became the Golden Boy of Hollywood thanks to Dances With Wolves, it's no wonder the movie bombed at the box office. Both Scott and Costner were stretching themselves with this one, and they got hammered for it. Time has been good to the movie, which remains one of Scott's most underrated.

4. The Last Boy Scout (1991) - As if in response to the failure of Revenge, Tony Scott went back to the kind of movie he does best: flashy, violent, tough and cool. Luckily, he makes that kind of movie better than most, and is at his best when he as a good writer working with him. Shane Black is a really good writer. Looking back at his entire filmography, The Last Boy Scout almost feels like "minor" Tony Scott. Maybe he should have done minor more often.

5. True Romance (1993) - Tony Scott's masterpiece is a love letter not just to movies, but to exactly the kinds of movies that he spent his career making. His trademark style is put to its best possible use, reflecting the mental state of two characters (Clarence and Alabama Worley, my favorite movie couple of all time) who fancy themselves as the heroes of a slick, violent Hollywood action movie. It's one of the few Quentin Tarantino scripts that has been directed by someone other than Tarantino, and Scott proved to be a better choice. It feels intensely personal to both of them, and Scott doesn't just deliver a skillful technical exercise. He pours his whole heart into it. 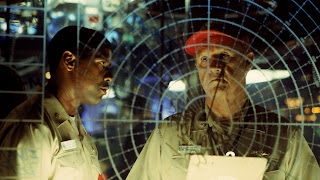 6. Crimson Tide (1995) - While not his most commercial movie (that's still Top Gun), Crimson Tide is probably Scott's best commercial movie. For a filmmaker remembered for his flashy style, Scott was always at his best when he really focused in on his characters, and that's exactly what he does with this tense underwater stand-off between Denzel Washington (in the first of many, many collaborations) and Gene Hackman. Another reminder that he was a filmmaker capable of more than just style over substance, Crimson Tide is the rare movie that's made for a wide audience but doesn't sacrifice intelligence or depth.

7. Spy Game (2001) - Another of Scott's attempts at a more serious "adult" drama, Spy Game lacks the entertainment value and excellent movie star turns of Crimson Tide (Robert Redford and Brad Pitt are both fine, but kind of mopey). Time will be good to Spy Game, which clearly has deep roots in the kinds of smart, paranoid thrillers that were commonplace in the 1970s. It was another attempt by Scott to stretch himself, and just about every one of those movies wound up being better and more interesting than his more commercially-minded efforts.

8. Man on Fire (2004) - Here's the movie that reshaped Scott's career and defined the last phase of his career, not just because it kicked off a series of collaborations with Denzel Washington (reuniting with the director for the first time in nearly a decade). Scott's editing and photography got much more experimental here, with a hallucinatory quality that's technically impressive but aesthetically maddening. The movie suffers from a bloated length and Scott's refusal to get technique out of the way of the story, but Denzel's performance and the movie's willingness to double down on its own badass darkness ultimately make it work. I'm not sure I agree, but this is likely to be remembered as on of Tony Scott's best. 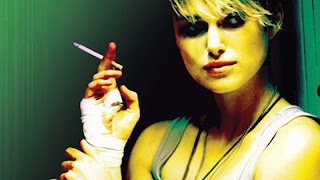 9. Domino (2005) - Clearly drunk on the style he introduced with Man on Fire, Scott took so much of what was frustrating about that movie and turned it up to 11 for his psuedo-biopic about model-turned-bounty hunter Domino Harvey. Working from a Richard Kelly script that tries really hard to have it both ways, the movie is all crazy editing, fractured narrative and whacked-out sound design. There are theories that the whole thing is meant to emulate a peyote trip, but that's a) not supported by the text and b) not a successful movie experience.  There's actually a lot to like in Domino, but it's clear that Scott had pushed style to its breaking point. Luckily, he rebounded.

10. Deja Vu (2006) - Tony Scott's most underrated movie is also his last really good one. Reteaming with Denzel Washington again, Scott pulls back on the style and once again devotes his attention to characters for a movie that's part action, part drama, part romance. It's also his only real entry into science fiction, and while there are some major plot holes, the way in which Scott gradually reveals what's actually going on is both clever and thrilling. If you haven't seen it -- and chances are you haven't -- it's best to go into this one totally blind. It's also nice that after a couple of really bleak movies, Scott finds some optimism again. Domino took him way down into the darkness, but he came out the other side a seemingly happier filmmaker. It would not last, but his movies will.

Man, I miss Tony Scott way more than I thought I did. 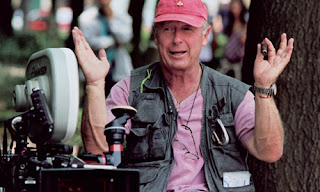