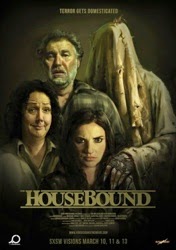 Here's another of my favorite horror movies of the year.

I've started way too many reviews this year talking about how many good to great genre movies we've had. Maybe it's getting old to some of you, but it's worth pointing out again; while I'm not sure mainstream Hollywood has produced a ton of great movies (though there have been a lot of very good ones), independent genre filmmakers have been crushing it in 2014. If you're tired of me beating that particular drum, you must at least recognize that it's a good problem to have. We should be so lucky.

Housebound, the debut feature from New Zealand filmmaker Gerard Johnstone, is another film to be added to that list. It's confidently directed, deadpan funny, features great characters and is filled with unexpected shifts and turns. As horror comedies go, it's one of the best I've seen in years. 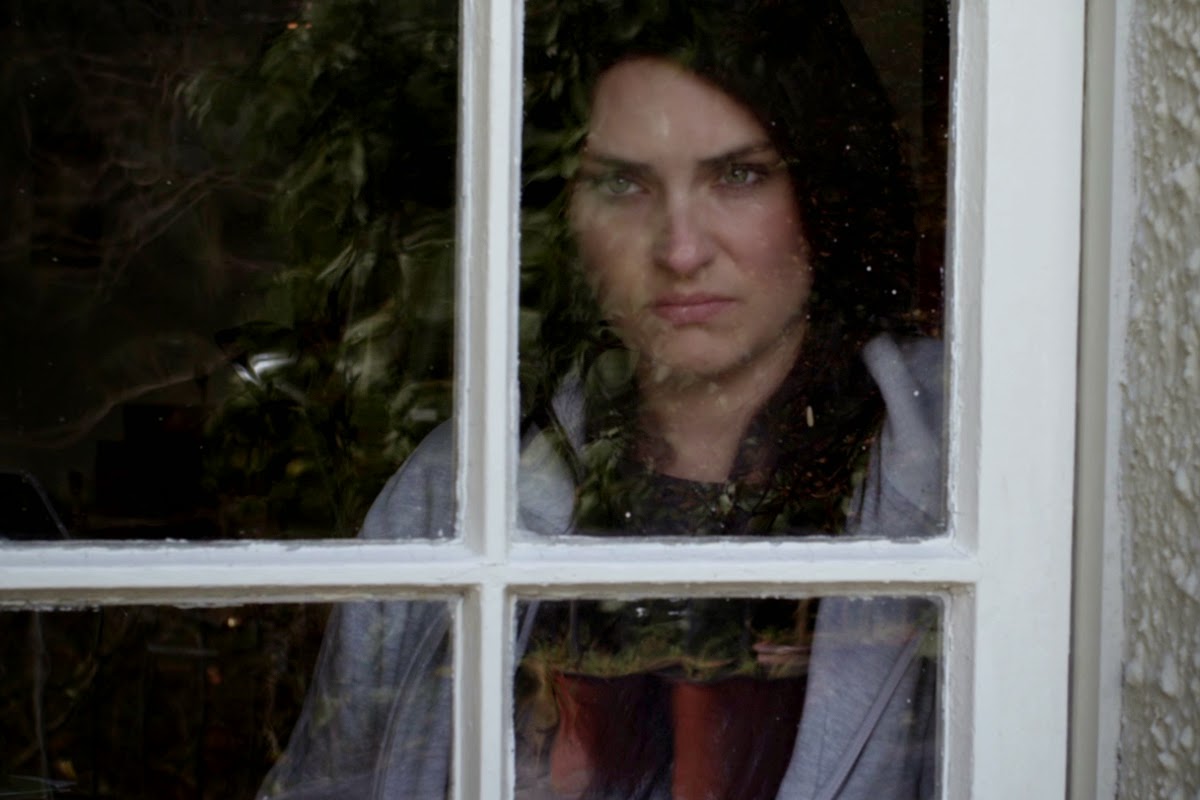 The delightful Morgana O'Reilly stars as Kylie Bucknell, an amateur thief who gets picked up by the cops and sentenced to house arrest, forcing her to move back in with her mom (Rima Te Wiata). Despite her mother's sweetness and endless patience, the two don't get along very well; it doesn't help matters that Mom thinks her house is haunted and Kylie can't be bothered with such nonsense. But then...things start to happen...and Kylie might not think her mom's so crazy after all. With the help of Amos (Glen-Paul Waru), the security guard hired to check in on her ankle bracelet and who turns out to be a would-be paranormal investigator, Kylie dives deep into exploring the secrets of her childhood home.

Besides being one of the most energetic and positively fun horror films I've seen in quite some time, Housebound works because it's about more than just combining deadpan laughs with spooky stuff. At its core, it is a film about Going Home Again (Thomas Wolfe be damned). Watching Kylie soften as she reconnects with both her past and her mother gives the movie an essential sweetness that's rare for the genre. We tend to go to horror films to watch characters suffer (whether we want them to or not), so it's a wonderful and welcome change of pace when we get one that loves its characters as much as this movie does. 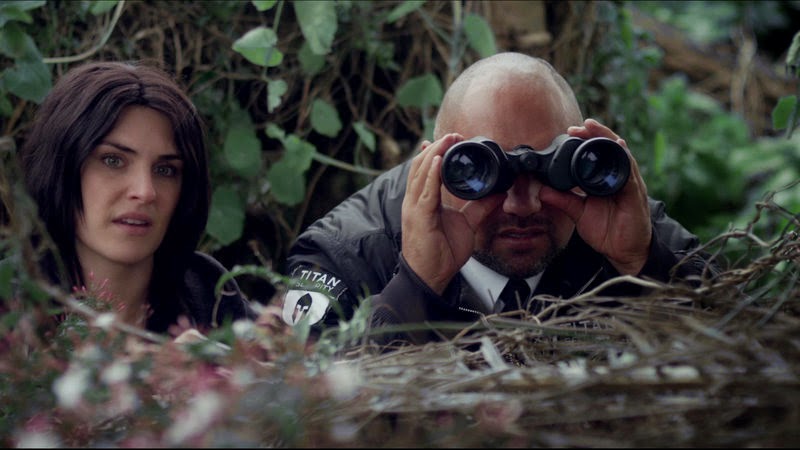 Much of the film's success rests on the shoulders of O'Reilly, who manages to evolve effortlessly from tough to selfish and shitty to funny and winning. She reminds me a little of the street kids in Attack the Block in that we love her because of her rough edges, not in spite of them. It's also a movie that knows how to get better as it goes along. There are any number of movies that could be cited as influences or inspirations, from The People Under the Stairs to Shaun of the Dead (only in the way it combines horror with formalist comedy) to the work of fellow Kiwi Peter Jackson. While Housebound never even attempts the kind of splatstick humor that made Jackson a hero among the horror crowd, there is at least one gore gag that had me laughing out loud for several minutes. I wouldn't dream of giving it away, but it's inspired.

It's a well-established maxim, but sometimes when recommending a comedy (even a horror comedy) it bears repeating that all humor is subjective. Just because I go on and on about how funny I find the escalating wackiness and bewildered reaction shots in Housebound to be doesn't mean it's going to translate to everyone. I've gone to bat for a few movies this year (Stage Fright and They Came Together among them) only to get a lot of "Why did you like that?" responses. Movies aren't for everyone -- the good ones aren't, anyway -- and the ones we tend to fall in love with are the ones we feel were made just for us. Housebound is that kind of movie, one that combines so many of the things I love about horror movies (all movies, really) while maintaining a sense of fun and playfulness throughout. 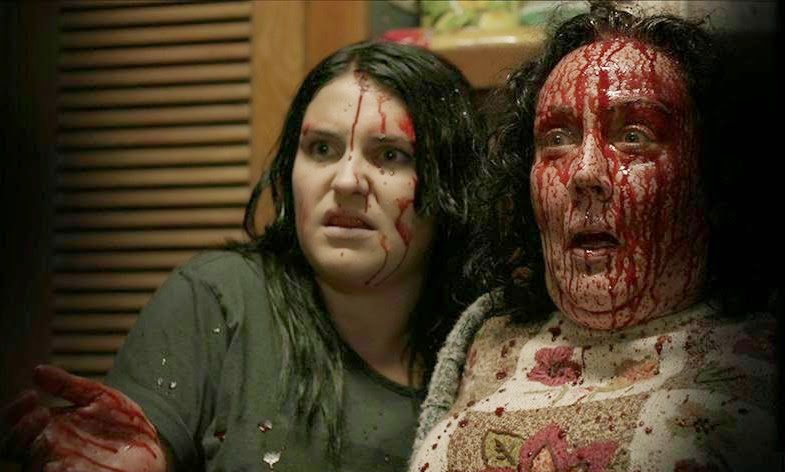 It's also sure to launch Johnstone to something even bigger, as it's one of the better-looking and more assured debuts I've seen in some time. The production design inside the house -- where the majority of the movie takes place (appropriate for a film with this title) -- is stellar, part kitschy, part dated, all of it detailed and lived-in. The humor is expertly pitched, always present, never forced. There are some genuinely creepy moments that aren't weakened by the film's levity, nor is the sense of levity disrupted by the stronger horror aspects. It's a tricky balance, one that can only be achieved by a born storyteller in total control of his or her form. Housebound is a movie that's tightly controlled but feels loose -- even shaggy at times. Nothing that's great about the movie happens by accident.

I loved Housebound. It's the kind of horror movie I know I'm going to come back to year after year, not even waiting for #ScaryMovieMonth to roll around to revisit it, to spend time with Kylie and her mom and her almost entirely silent stepdad and the ghost that may or may not haunt their home. So many horror movies are designed to upset us, to unsettle us, to leave us feeling bad about the world. Housebound just left me smiling, thinking to myself "I can't wait to see that again."

Posted by Patrick Bromley at 12:02 AM