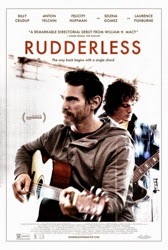 Jean-Luc Godard once said that in order to criticize a movie, you have to make another movie. While Rudderless, the directorial debut of the great William H. Macy, was made before Macy ever would have seen this year's Begin Again, the former plays like a direct critique of the latter. Both try to say similar things about the power of creating music -- how a song, to quote that film's original title, can save your life -- but Macy's movie feels organic and emotionally honest, while John Carney's Begin Again is the sitcom version of this same material. Rudderless has some real things to say about grief and loss, but it also understands what it feels like when a song comes together. To make both of those things work inside the same movie is no small feat. 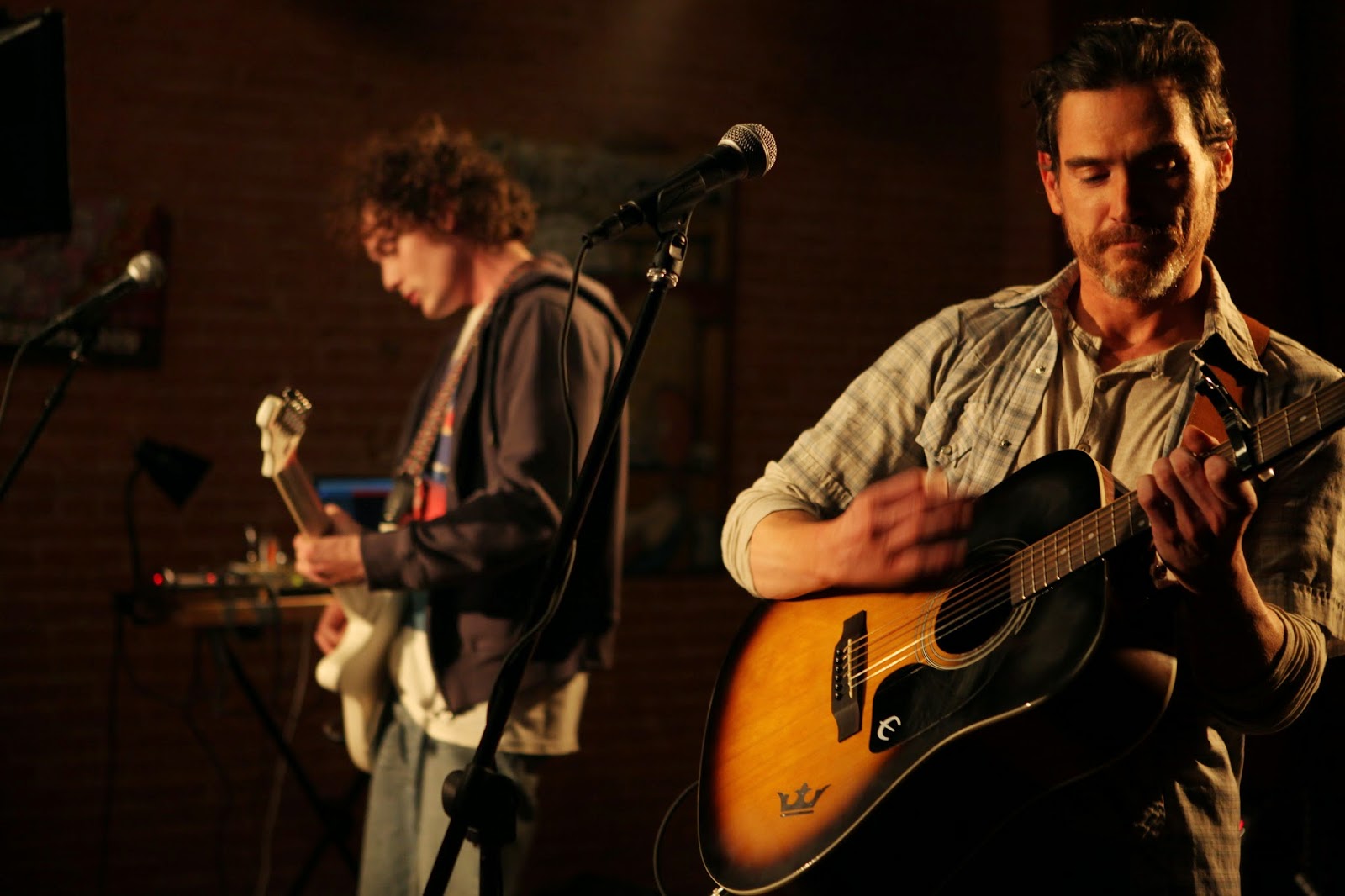 Billy Crudup plays Sam, a divorced marketing exec who loses his son in a tragedy. He goes into a spiral, drinking too much, quitting his job and basically abandoning his life to go live on a boat and work as a house painter. One day, his ex-wife (Felicity Huffman, Macy's wife, very good as always) drops off some of their son's things, which includes some musical equipment and a box of demos he had been recording at college. Remembering that music was something they used to bond over, Sam starts teaching himself the songs; whether it's part of his grieving process or just bad judgment, he eventually performs one of them at an open mic, where he catches the attention of Quentin (Anton Yelchin), a lost twenty something who hears potential in the music and wants to jam together. One thing leads to another and before long Sam finds himself on stage every Saturday night as the frontman for Rudderless, a four-piece rock band (which also includes real-life indie star Ben Kweller on bass) that's the hottest act in town. But how long until everyone finds the truth about where Sam is getting his songs?

Yes, Rudderless is a Shoe Drop movie, in which we are asked to sit and wait out most of the running time until a character's terrible secret is revealed and everyone turns their backs on him or her. Normally, this kind of movie is my kryptonite -- I can't stand waiting around for the big moment in which a character is exposed and everyone gets mad and/or upset. While Rudderless doesn't overcome all of the pitfalls inherent to a Shoe Drop movie (the reveal, when it comes, is handled almost like an afterthought), Macy gets us invested enough in each individual moment that we can at least forget what's coming for a while. It's actually a good reflection of how Sam allows the secret to spin out of control in the first place: he's so swept up in the moments that he can't focus on the big picture. Or won't. 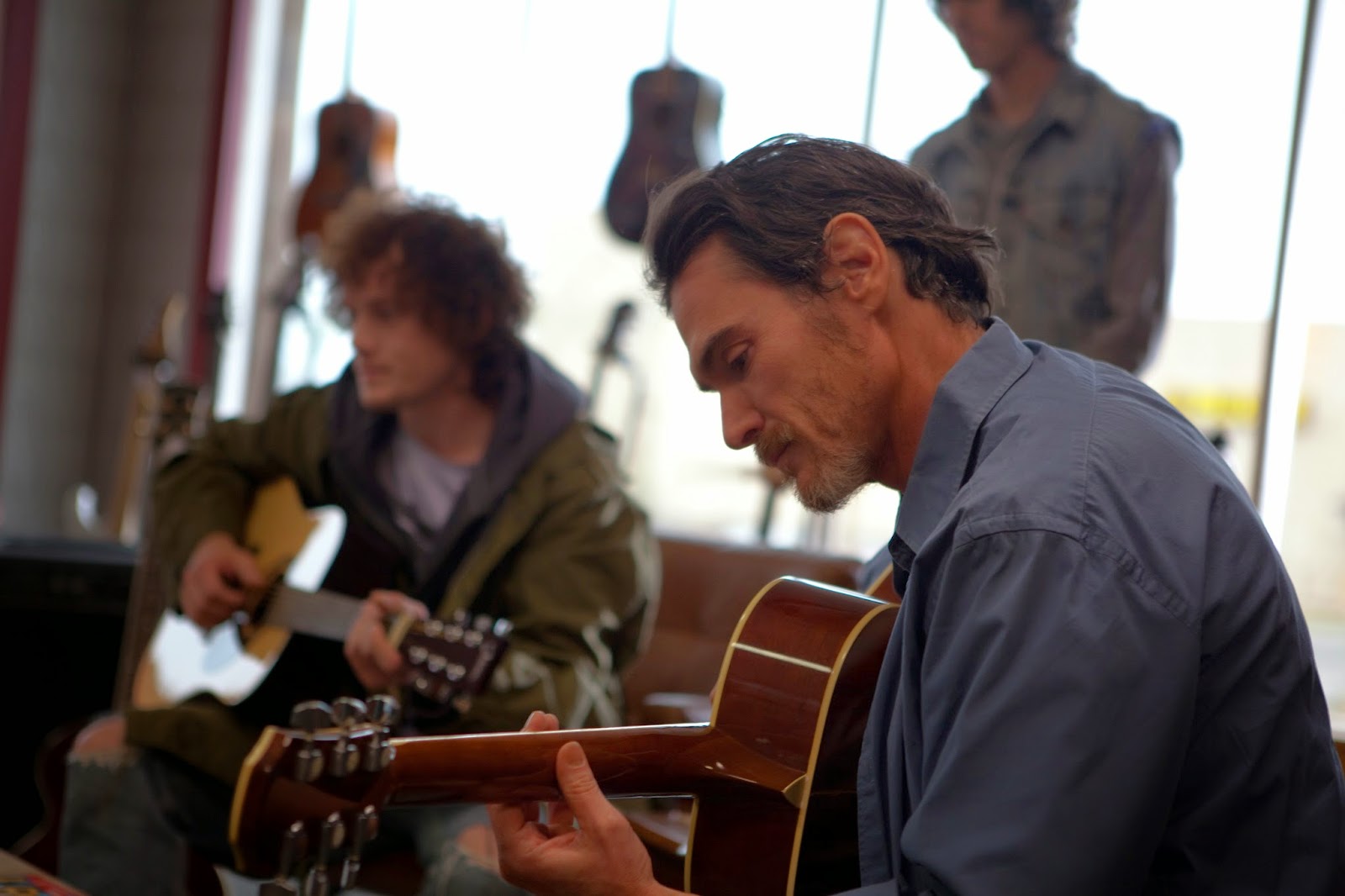 A few words about Billy Crudup, an actor who should be a huge star a few times over but never has become one, I assume by his own choice. He seemed poised to really break out after doing such solid, non-showy work in Cameron Crowe's Almost Famous, but people came away from that movie talking about a lot of other things -- the music, Philip Seymour Hoffman's Lester Bangs, Crowe himself. Since then, Crudup seems to balance working in big studio movies like Mission: Impossible III and Watchmen with smaller indies like Rudderless. His work here, as always, is solid and understated; he's an actor who never pushes a moment, never forces a beat. He's also got that same quality as Mark Ruffalo, where he's able to play a flawed fuckup (in movie after movie) but still win our sympathy. We just like him. The same goes for Anton Yelchin, who does puppy dog earnestness better than most and here gets to show off musical chops I never could have predicted. It's nice to see a movie about a band in which it actually seems like the actors are singing and playing everything live.

It helps that the music is really, really good. The original songs, by Simon Steadman, Charlton Pettus, Ben Limpic and Eef Barzelay (of the band Clem Snide), are uniformly fantastic -- full of gorgeous, catchy melodies with poetic lyrics. Their songs that you want to hear again immediately after the movie ends, and work just as well outside the film as they do within it. But the music does more than just stick in our heads and sell us a soundtrack. The screenplay, co-written by Macy, Casey Twenter and Jeff Robison, seems to have some first-hand knowledge of what it feels like when music clicks, and Macy's direction hangs back and observes that alchemy without a lot of "CAN YOU SEE WHAT'S HAPPENING?" import. There's something deeper, too, in the way the film says that music is able to connect Sam to his son even after he's gone, and a kind of bravery in making the songs well-written and beautiful. It says that the songwriter is capable of writing thoughtful, soulful, wonderful music and still be this other thing. 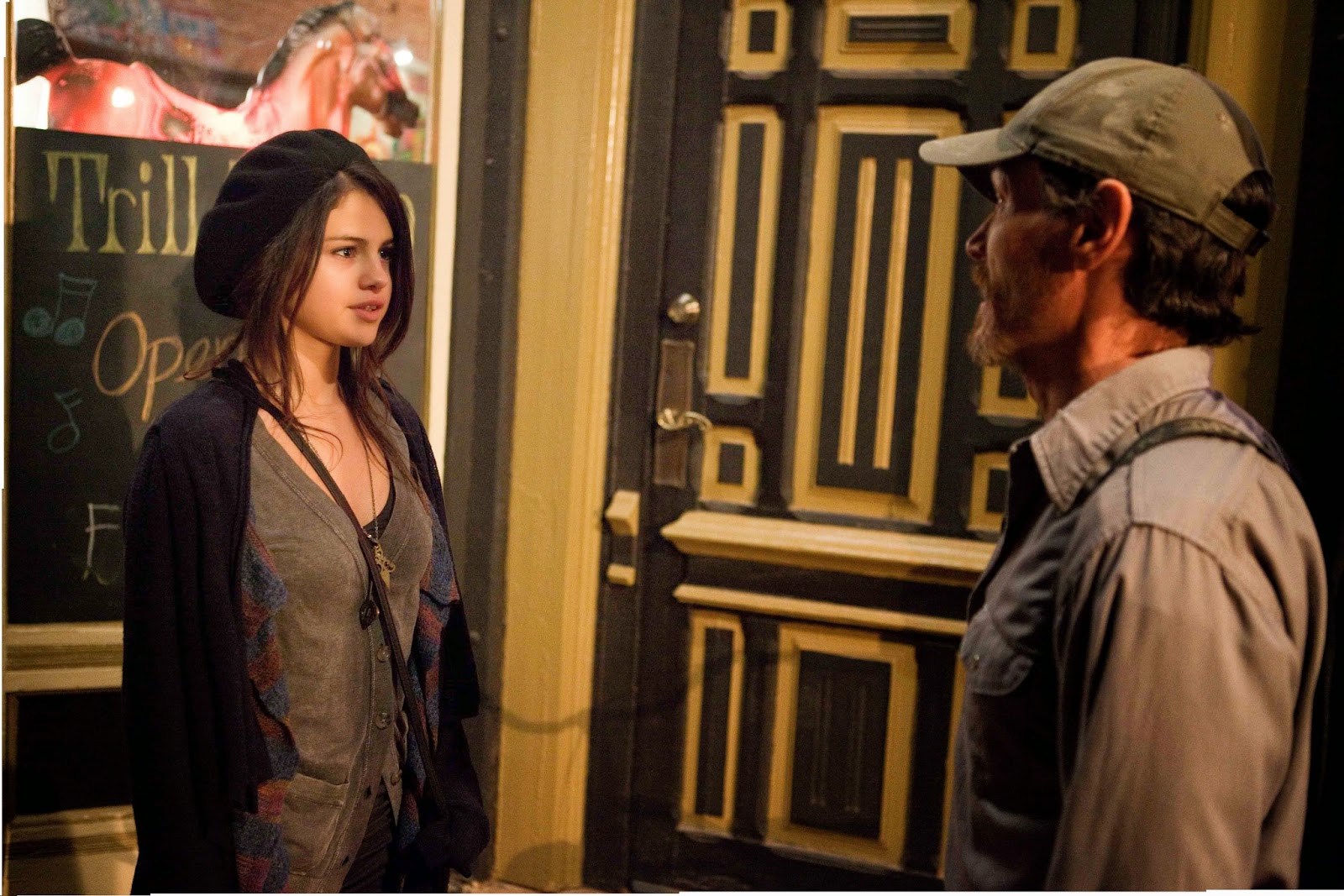 Because a lot of actors want to work with William H. Macy, the cast is almost comically overqualified. Laurence Fishburne gets a couple of nice scenes as the owner of a music shop, Macy himself plays the owner of the bar where band hits big, Jamie Chung shows up in what is barely a cameo appearance as a reporter. Even Selena Gomez has a a few scenes as the son's former girlfriend; while she doesn't do much to distinguish herself in the part, hopefully her participation will get the movie seen by some people who might not have given it a chance otherwise.

Macy's movie has its share of rough patches; there's a group sing-a-long to "The Wheels on the Bus" that feels totally phony, and a slapsticky sailing sequence late in the film feels more at home in some snobs-v-slobs comedy from the '80s. But those are just missteps -- problems of tone. They never undo the best things about the movie, like Crudup's last scene at his son's college, or the final song he plays, or the way that Macy knows to end his movie on the perfect shot.

Rudderless probably won't make a big splash in the pop culture; it's getting a limited theatrical release as well as the usual VOD/iTunes push, but it's not going to win awards or break the bank. That's ok. It's too small and intimate for that. It's the kind of film people will catch up a year from now when they find it on cable or Netflix, buying the soundtrack from iTunes and wondering why they had never heard of it. It's a movie of strong performances, genuine emotional truths and great music. William H. Macy has a directorial debut he can be proud of.