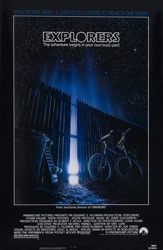 Joe Dante might just be one of the most underrated directors of all time. Though beloved in some small movie geek circles, he has never had the success or reputation of several of his directing counterparts, and that's criminal. Every single one of his movies is incredibly entertaining and distinctly his own, which is more than can be said of a number of mainstream filmmkers with careers that span four decades.

On a personal note, Joe Dante is also my favorite director, which can make choosing his essential movies difficult -- they're all worth tracking down, and, in their own way, "essential." But these eight movies provide a good overview of his career and make for a good place to start for anyone interested in exploring the filmography of a great, unique and underappreciated director.

1. Piranha (1978) - From his very first outing as a solo director (following Hollywood Boulevard in '76, which he co-directed with Allan Arkush), it's very clear who Joe Dante is as a filmmaker. Funny, scary, completely self-aware and mocking the genre while at the same time belonging to it, Piranha works as both a spoof of Jaws and as an entertaining, nature-gone-wild monster movie. Plus, Dante was already developing a repertory company that included Dick Miller, Belinda Belaski and Kevin McCarthy. 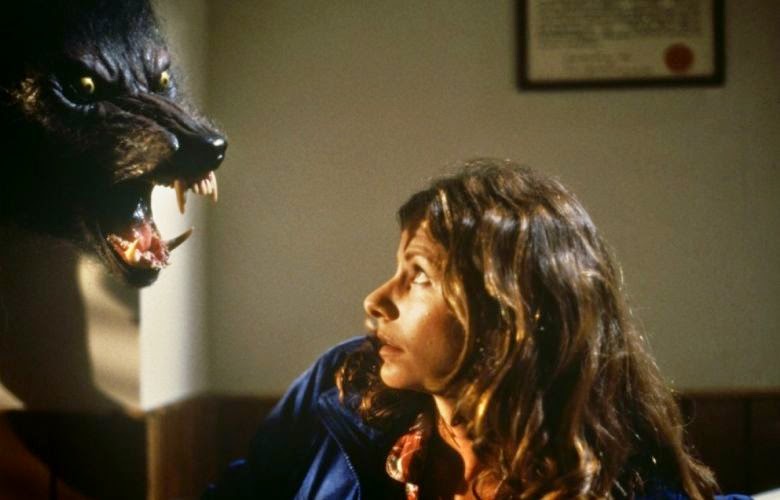 2. The Howling (1981) - For his first mainstream movie, Dante takes everything that worked about Piranha and made it on a bigger, slicker scale. The result is one of the best werewolf movies ever made, one which goofs not just on the conventions of the genre but on the whole late '70s/early '80s cult of self-help. It's never overly jokey, though, and works just as well as a straight monster movie (in large part thanks to Rob Bottin's excellent special effects). Dante's first genuine classic.

3. Gremlins (1984) - The Howling caught the eye of superdirector Steven Spielberg, which led to Joe Dante's involvement in the anthology Twilight Zone: The Movie (in which he and fellow underdog George Miller completely outshone the much more famous Spielberg and John Landis), which led to Spielberg handpicking Dante to direct Gremlins in 1984. It's a great example of how Dante was Spielberg's evil twin in the '80s, working in a similar genre and with similar themes, but much darker and more subversive. Gremlins is like a scene-by-scene rebuttal of E.T. -- a funny, gleefully nasty Christmas joke that legendarily contributed to the invention of the PG-13 rating. Gremlins is a great example of how Dante was able to take a studio movie and make it very much his own thing. 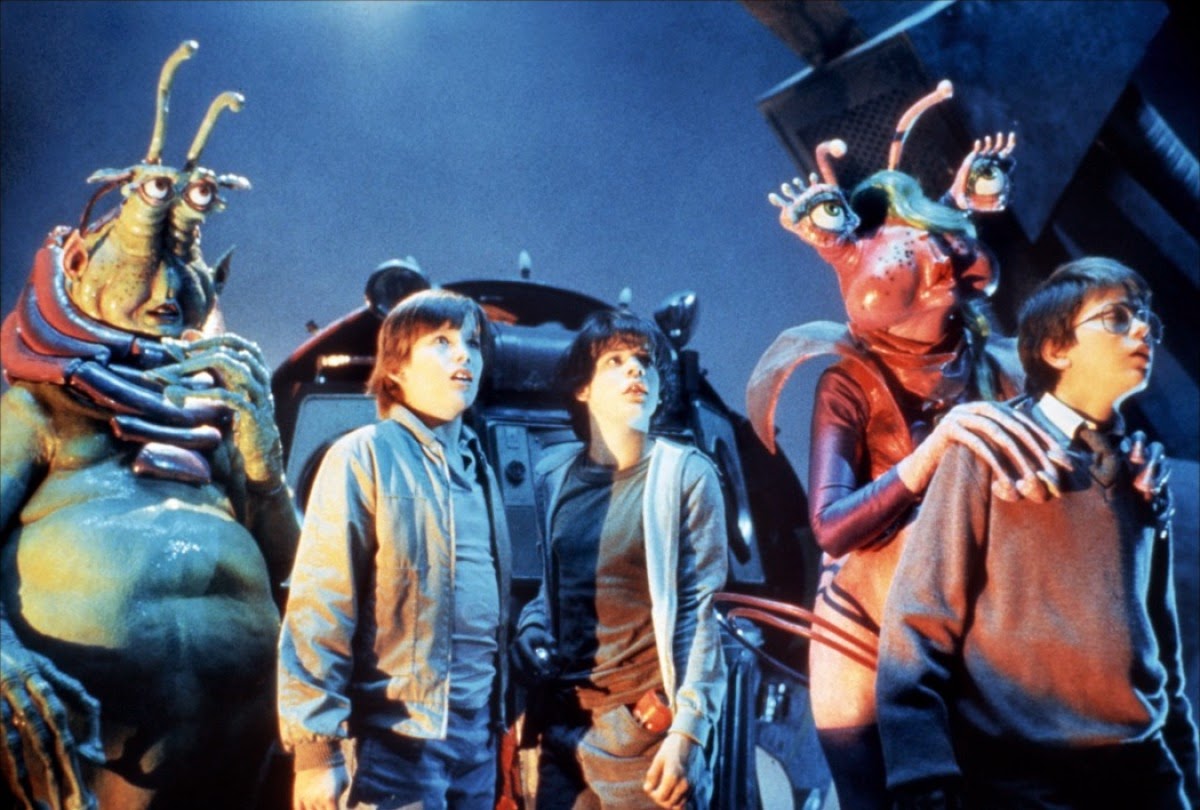 4. Explorers (1985) - When studying a filmmaker, it's often as important to study his or her failures as it is the successes. Explorers proved to be Dante's first big failure, both commercially and artistically. Nowadays, he says the movie is basically unfinished -- that in the interest of making a release date, he had to put out what he had at the time. Whatever the case may be, it's an interesting look at him as a filmmaker: the first half is among the best stuff he's ever done, while the second half is among the worst. Both are very much Joe Dante.

5. Gremlins 2: The New Batch (1990) - After a string of for-hire studio jobs, Dante was given carte blanche to return to his most successful film and make any kind of sequel he wanted. The result is the clearest expression of his voice ever put on screen -- an insane, anarchic comedy that, if you're a Joe Dante fan, is streets ahead of the first movie. It's incredibly dense, and has to be seen three or four times just to catch all the jokes and references.

6. Matinee (1993) - If Gremlins 2 is the single most "Joe Dante" Joe Dante movie, Matinee remains his crowning achievement as a filmmaker. It's his best, most personal movie (and one of my all-time favorites): a loving tribute to William Castle and sci-fi/horror movies as well as a statement about the role of pop art in our culture, the nature of fear and the transformative power of movies. Such a wonderful movie -- the kind that feels like it was made just for you every time you watch it. 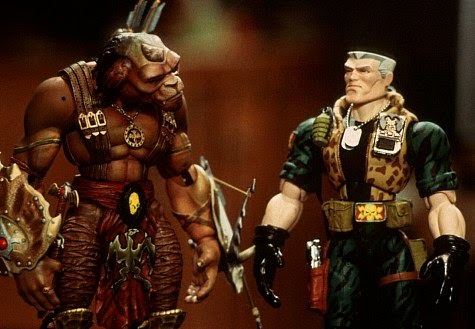 7. Small Soldiers (1998) - Joe Dante was already on the outs with Hollywood by the late '90s, relegated to making what is essentially another retread of Gremlins. Despite the limitations imposed on him by the studio, the marketing campaign (Burger King was basically an uncredited producer) and producer Steven Spielberg, Dante was able to sneak in a lot of subversive material about the military and patriotic jingoism in movies (including reuniting the surviving members of The Dirty Dozen to perform as voice actors). It's a flawed movie, but an underrated one, too, and one that deserves to be rediscovered.

8. Looney Tunes: Back in Action (2003) - Speaking of movies that deserve to be rediscovered. Joe Dante's last at-bat in the major studio system proved to be the movie that broke his spirit; it was a miserable experience for him as a director, even if that's not entirely reflected in the final version of the movie. Dante's love of the original Looney Tunes is apparent in just about every frame, and the movie represents and honest attempt to rescue the characters' reputations from that awful Space Jam shit that Warner Bros. had turned them into. There are just enough in-jokes and Dante-esque touches to make the movie especially rewarding for fans. 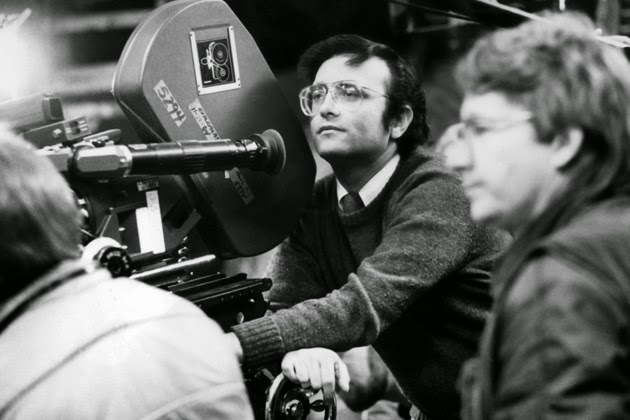 Posted by Patrick Bromley at 7:59 AM