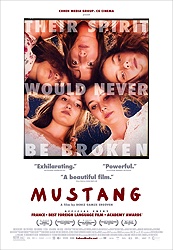 Jodie Foster was recently quoted saying Hollywood execs “still see women as a risk, [...] Sometimes it's hard for people to understand how to treat me as a leader because they're sometimes waiting for me to punch them in the face, which I'm not going to do, or sometimes they're waiting for me to say, 'Oh, gee, you sound so smart, why don't I just do it your way?' I'm neither one nor the other, and sometimes [that’s] confusing for people."

And while I definitely read that in Clarice’s southern drawl, and would pay big money to see Jodie Foster punch a room full of executives in their faces, it bums me out that this is still hot button issue in 2016. So, I went into this week with a bit of a different intention in how I’m watching and talking about movies. I’m a writer (as well as a girl. Surprise!), and while I love movies as much as the next guy, I’m getting more and more dissatisfied with the limited discussion surrounding female movie makers. Admittedly, I’m a huge part of the problem. By not making an effort to educate myself on up and coming female directors—talking about their styles, debut movies, successes and failures—I haven’t been doing enough to change what I feel is such a problem: we don’t talk about women in movies in the same way we talk about men.

So, if you like powerful women as much as I do, stay tuned for more reviews to come about badass ladies making sometimes bad and sometimes badass movies. This week, I’m excited to chat about the directorial debut of Deniz Gamze Ergüwen: Mustang. 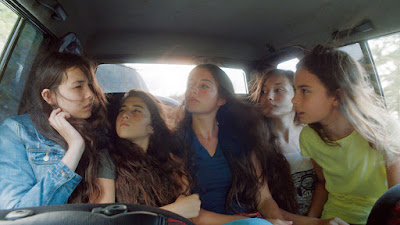 Oft compared to The Virgin Suicides, Mustang follows five orphaned sisters as they deal with the rapidly-closing-in constraints of their grandma’s and uncle’s abusive parenting. What begins as early summer fun with the neighborhood boys spirals into a village controversy—ultimately leading to the hyper-sexualization and terrible misunderstanding of the girls. Through the eyes of the youngest sister, Lale, we watch the sisters get married off and deal with their lack of control in different ways. We watch their home transform into a prison and that it’s not so easy to just walk away from the things that tether you.

Throughout the film, the girls fight to not be seen as sexual beings, or at least be in charge of when they’re to be seen in such a light. There’s a candid intimacy with how the girls are shown playing and comforting each other. The story flip flops between the parent-figures’ paranoia and worry and the girls trying to make the best of their situation through play, comfort, and small moments of escape. Despite being set in a tiny Turkish village off the coast of the Black Sea, the story is relatable and develops into an honest portrayal of sibling relationships and spirit. 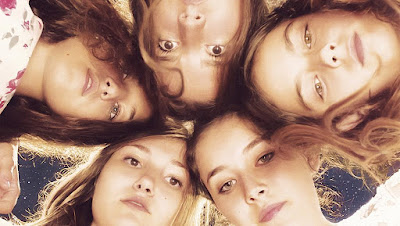 While the five-girls-trapped-by-paranoid-parental-figures is present in both Virgin Suicides and Mustang, we’re seeing that structure from two radically different perspectives. On the Virgin Suicides side of things, we are looking through the eyes of the neighborhood boys. The girls come off as elusive, almost mythical, creatures that are equally unpredictable as they are irrational. The girls are sexualized, framed as incidents of interests and not people; we only know them through gossip and the boys’ speculation. Contrarily, Mustang, while somewhat private, lets us get to know the girls just by watching them without the filter of village gossip. We see them as they see themselves. They animate each other and goof around. Like girls do in real life.

The thing that Mustang does so effectively, and most impressively, is layer all its parts in such a fashion that nothing is out of place or inefficient. In an interview, Ergüwen talks about how she designed the plot to function like a series of watch gears; it is hard to take apart and understand each piece separately but, looking at everything as a whole, the parts gel and we’re invited to dig deeper into connections between those parts. In this way, Lale and her four sisters function as one, ten legged character (insert Human Centipede reference here...too much? Sorry). At first, we’re sort of attacked by the giggling and screaming of all these girls, and at first I didn’t think I was going to end up liking these characters, let alone relating to them. As the house empties and Lale shifts into center stage, we can appreciate how complex and resilient these young ladies are. They barrel the plot forward with a blend of humor, sadness, and strength. Ergüwen also spoke lengths to her desire that we not take pity on the girls—even while bad shit is happening, they never give up fighting against their situation.

It’s a movie that channels a witch-hunt, a prison break, and a coming of age story all at once. Ergüwen manages to pastiche old narratives together to make something new and refreshing. Beyond an empowering depiction of girls, the movie is just really, really f’ing good. It shows that focusing on women in film can be more than a cautionary tale or a damaged-girl-turned-badass. I think the last couple years have been very good to female leads, so let’s make the next couple years be just as good to the women behind the camera.