Have the time of your life running for your life.

Ah, monsters! It’s true that the month of October wouldn’t be the same without them, but it would be awfully hard to celebrate Junesploitation without all the creatures, the freaks, the things that crawl out of the sewers…and that’s just the producers! The fact is, monsters and exploitation cinema belong together. Nothing scares us out of our wits like the creepy crawlies under the bed, and no one is better and reminding us of this than exploitation filmmakers. And when it comes to choosing which monster movie(s) you want to watch during Junesploitation, there’s plenty of poison from which to pick. So this column is a tribute to all the monsters in filmland and the shivers they send down my spine.

You scared of bugs? There’s a monster movie for you. I’ve always been partial to the insect monsters of classic sci-fi and horror. Back in the 1950s there was an endless parade of giant ants, spiders, and anything else that scurries down the bathroom drain when the light comes on the middle of the night. That’s why we have movies like 1954’s Them!, or 1955’s Tarantula!. We get later variations on a theme with Arachnophobia, reminding us that icky never goes away. Then you’ve got your weird subterranean variety of monster; my favorite from this category has always been the tentacled worm monsters from Tremors, but I have an appreciation for the monsters in movies like The Cave and especially The Descent, which throws a human element into the mix. 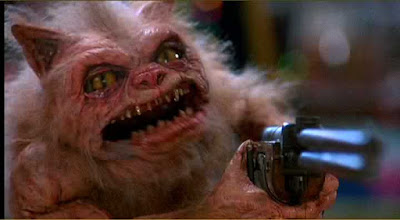 Or maybe you’re more frightened by prehistoric creatures that time forgot. You can find all manner of dino-based monster scares in movies like The Beast from 20,000 Fathoms or The Monster that Challenged the World. You could go with something even cheaper, like Carnosaur or a glut of other no-budget exploitation films that went straight to your local video store.

One thing is for certain. We can’t talk about this subgenre of monster exploitation film without talking about the granddaddy of them all, Godzilla, and I don’t mean the two American films. A couple of years ago I actually set out to watch every movie starring Godzilla that has ever been made—roughly 30 movies in total. I chronicled the experience with summaries and my reactions to each film for this site in three separate columns, and I gotta tell you that it was awesome and exhausting, but that I don’t regret it at all. The Japanese Godzilla films are so wildly varied and off the wall that it never led to boredom; on the contrary, Godzilla himself actually becomes some sort of weird throughline for the films while the movies themselves are anchored by different human characters, each with their own unique challenges and circumstances. Sometimes Godzilla wouldn’t even show up until halfway through the movie and it was almost like the filmmakers felt like they had to work him in. There will probably never be another monster like Godzilla, so loaded with subtext from his devastating origins, but eventually embraced by a whole culture. If you watch any number of the films that feature the terrible lizard, you’re bound to eventually grow very protective of him. He’s more than a guy in a rubber suit. He’s a symbol. Like Batman, but with atomic breath. 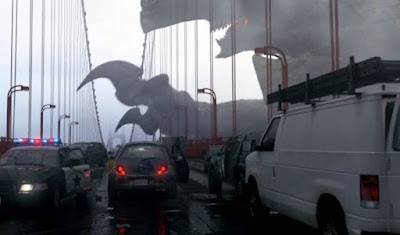 Of course, the Japanese made plenty of other monster movies that don’t star the big G but are still awesome. You could take your pick from the Gamera films, which are about a giant turtle that flies (my absolute favorite kind). Or Mothra, who is both terrible in size and noble in her purpose. Any authentic kaiju film will reward you if you give it a shot and go in with the right spirit. You could even include Daimajin in this list of Japanese monster movies. It features a giant stone statue that actually protects its people from a corrupted warlord. I’m feeling generous, so I’ll tip my hat to the two Mighty Morphin Power Rangers feature films which saw the defenders of Earth facing off against some truly grotesque Japanese ghoulies. They’re about monsters, for sure.

Monster movies just kill it every time. There’s John Carpenter’s The Thing, arguably one of the greatest monster movies of all time. There’s Ridley Scott’s Alien and its sequels, or the Predator flicks, or if you’re desperate enough, the Alien vs. Predator movies. They might not be the best films, but no one could ever argue that both monsters are iconic, the stuff of nightmares, and still scary after all these years. What about Gremlins? both the cute Mogwai and the scaly Gremlins are monsters, and I’ve learned nothing from the movies because I want one of each. And if you’re really scared of monsters and horror movies, you could always watch something a little safer, like Monsters Inc.. It still counts, and it’s still good. 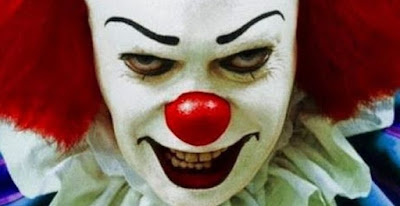 Junesploitation also gives me the semi-annual opportunity to talk about some of my favorite monsters, those of the classic Universal variety. Those original monsters known as Dracula, Frankenstein (and his monster), The Bride, The Invisible Man, The Mummy, The Wolf Man, and The Creature (the one from the Black Lagoon) may not immediately seem like exploitation monsters, but they totally were. In the context of their original release, they were terrifying, but also occasionally sexy, and always subversive. If the classic Universal Monsters aren’t seedy enough for you, Hammer’s loose remakes from a few decades later are about as exploitative as you can get. Big chills, big boobs, and lots of blood leave little doubt that they’re giving you what they know you want.

Movies just wouldn’t be the same without monsters on the screen. We’ve always had them and we always will. Their faces change from time to time, and they get updated as special effects technology advances, but they’re still just as primal as they’ve always been. Exploitation cinema owes the monster a debt of gratitude for all the spilled popcorn and sweaty hands held in the darkness of theaters, so this Junesploitation, enjoy the terrors that live at the corner of your imagination. Movies wouldn’t be nearly as much fun without them.
Posted by Patrick Bromley at 12:00 PM