Humiliations Galore: On Revenge in The Princess Bride 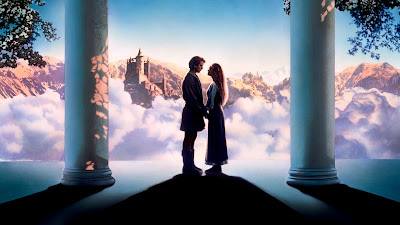 “I do not mean to pry, but you don’t by any chance happen to have six fingers on your right hand?”

Ed. note: We don't normally post new content on the weekends, but with today being Revenge Day for Junesploitation it seems like the perfect time to run this piece from our newest contributor, Rob DiCristino. Welcome, Rob!

In 1987, Rob Reiner and William Goldman gifted the cosmos with The Princess Bride, the affectionate parody of swashbuckling adventure stories that your parents never stop quoting. As Fred Savage would eventually learn, it’s got everything: drama, romance, comedy, thrills, and most importantly (for our purposes), revenge. Revenge is fun because it’s universal; an audience can always sympathize with someone who wants to get even. John Wick wants to avenge his dog. Chuck Bronson wants to avenge his family. Carrie wants to avenge those pigs who lost all that blood. It’s like the grand unifying narrative device. We’ve all been hurt and we’ve all been wronged and we’ve all wanted to feel the cathartic bliss of sweet retribution. This most certainly includes the weird and wonderful characters that populate The Princess Bride, each of whom fights to save their fairy tale world from the greed and cynicism that has corrupted it. 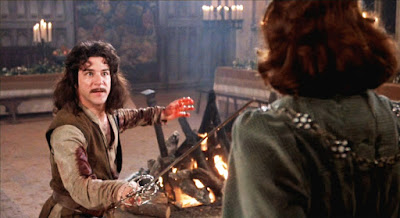 For the uninitiated: In the Renaissance country of Florin, the beautiful Buttercup (Robin Wright) relentlessly tortures her farmhand Westley (Cary Elwes) in order to distract herself from the leg-quivering lady boner she’s really got for him. Thankfully, he sees through it, they get to the lovin’, and he sets off across the sea to make his fortune. After word comes of Westley’s death at the hands of the Dread Pirate Roberts, Buttercup swears off love forever and gives in to the advances of the prim and pompous Prince Humperdinck (Chris Sarandon). She’s soon abducted and held for ransom by a band of criminals (Wallace Shawn, Mandy Patinkin, and Andre the Giant) who are themselves then pursued by the mysterious Man in Black. Meanwhile, a prince plans a war, a son hunts his father’s killer, and Westley reveals that he was only mostly dead.

But we’re getting ahead of ourselves. We were talking about revenge, and we might as well start with Inigo Montoya (Patinkin) and his hunt for Count Rugen, The Six-Fingered Man (Christopher Guest). Inigo’s defining characteristics are his grace and purity of heart, his single-minded devotion to righting the wrong that destroyed his childhood. Rugen, on the other hand, is a conniving and soulless bastard with an (impressively academic) obsession with pain and suffering. Killing Inigo’s father barely registered with Rugen; it was just another day, another step toward his Basement Murder Dungeon, but it’s haunted Inigo’s dreams ever since. It’s this contrast that speaks not only to the essential nature of heroes and villains but to Inigo’s larger role in eliminating this cruel and rotting infection from the fairy tale landscape. Note that both men are posturing: Rugen is a killer masquerading as a nobleman and Inigo is a hero masquerading as criminal. There’s a basic structural imbalance to their world that only a confrontation will set right. When that confrontation eventually comes, it punishes a brutal killer and sets Inigo on a path toward peace and closure, toward embracing the fairy tale hero he’d been inside all along. 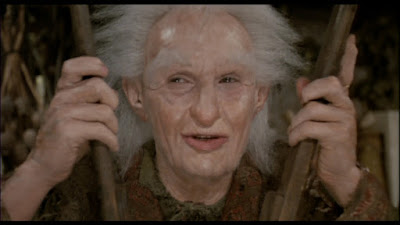 Speaking of closure, it’s a good time to talk about Miracle Max (Billy Crystal), a kind of Merlin-esque mage who served the royal court until the King’s Stinking Son fired him. It’s a small part, sure, but it speaks volumes about the destructive force that Humperdinck has unleashed on the peaceful world of Florin. Max was a brilliant and good-hearted magician stripped of his life’s work for no good reason (maybe an increase in Rugen’s suction cup budget?) and cast into miserable ignominy. He spends years resigned to a life without magic until Inigo brings him the body of the Man in Black and begs him for one last miracle. Note that Inigo initially appeals to Max’s sympathies (“His wife is crippled…His children are on the brink of starvation”) and gets nowhere. Max hasn’t just been stripped of his work, but of his entire moral compass. He has no real reason to care anymore. It’s only when Inigo mentions Humperdinck’s potential suffering that Max gets interested. But The Princess Bride isn’t just being petty; it’s giving Max a feasible avenue to righteous retribution and inner peace. The guy literally dons a silly hat and starts singing the minute he realizes his work can once again make a difference.

And it does. The Man in Black is alive once more, and, spoilers, he’s been Westley all along. He and the boys have only minutes to stop Humperdinck from marrying Buttercup and driving her to suicide (which is likely to be pinned on the neighboring country of Guilder in order to start a war). After some hijinks involving a giant, a candle, and a holocaust cloak, Westley rushes to Buttercup’s bedside and challenges the prince to a Battle to the Pain. He promises to return the agony and torture that Humperdinck inflicted on him only hours before, but assures him that he will ultimately spare his life. We may wonder why Westley chooses this half measure (Fred Savage certainly does), but here’s where things get macro: Westley is forcing Humperdinck to wander powerlessly through the perfect fairy tale world he sought to corrupt. He’s commanding this Warthog-Faced Buffoon to live as a supplicant to those who understand the true nature of love and leadership (two institutions he mocked with his greed) and to hear it reverberate in his Perfect Ears forever. That Westley doesn’t carry out the plan is insignificant: Humperdinck is sufficiently shamed and immediately surrenders. This is the ultimate revenge, a thousand tiny cuts that never heal. 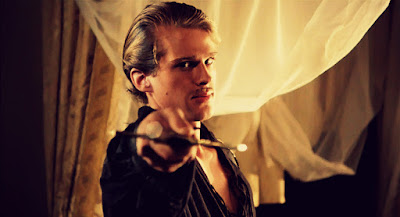 The Princess Bride isn’t necessarily a revenge movie, but the need to get even is one of a thousand complex themes that makes the film so memorable. We haven’t even brought up Buttercup’s own relationship with loss or that the Dread Pirate Roberts literally sails upon a ship called Revenge. In a larger context, the individual acts of vengeance contribute to the story of a fairy tale world righting itself after being overtaken by evil. There’s a reason the four leads ride white horses off into the sunset: they’re the renewed and refreshed versions of the archetypes that Humperdinck’s reign destroyed. Westley and Buttercup can now live as the king and queen of the world they’ve always deserved. This is true love, after all. You think this happens every day?
Posted by Patrick Bromley at 10:00 AM