A Movie I'm Thankful For: The Hunt for Red October 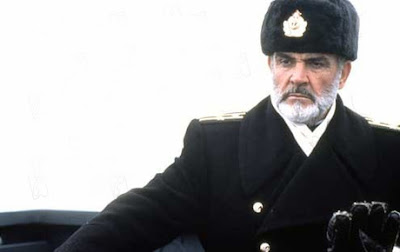 If at any point you are in a conversation with me and the state of Montana is brought up, within a few seconds I will utter the words “I would like to have seen Montana.” You will look at me funny, and I’ll smile because that means for a few seconds I’ve been able to think of one of my favorite movies: The Hunt for Red October.

This has probably come up before, but if you don’t know, I love submarine movies. I’ll watch ANY submarine movie— even the shitty ones. In my DVD collection downstairs, I own a copy of Crash Dive. Never heard of it? You and everyone else. I’m pretty sure I may have the only copy in existence. These submarine movies are full of the same overdone tropes that I cannot get enough of. The suspense from staying quiet, the stalking of your enemy, entire scenes bathed in red, the inevitable line of dialogue “We need to go deeper," to which the crew looks at the captain, stunned. 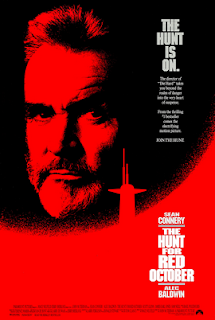 There are a lot of submarine movies out there, and some of them are great. Das Boot is pretty damn close to a perfect movie and Run Silent, Run Deep is amazing, but the number one on my list is by far 1990’s The Hunt for Red October. The first Tom Clancy book to be made into a movie, it is a great political/war drama with great action, suspense, characters and plot. Legitimately, if I had to make a list of my top 10 movies, for sure Red October would be on there.

The cast is great. With many different actors playing Jack Ryan, Alec Baldwin is by far my favorite. I know that Jack Ryan isn’t supposed to be Bond-like, but to me Baldwin is. He’s not the trained killer that Bond is, but he’s got this smoothness that only Baldwin seems to get. Speaking of Bond— he’s in charge of a submarine now! Playing opposite Baldwin is the equally cool Sean Connery as Marko Ramius. Watching it recently, I realized you are really watching two movies. One starring Baldwin, the other with Connery, and when they eventually meet at the climax of the movie, the two of them are great together. There is a moment where Connery is teaching Baldwin to steer a submarine that is so perfect I want to punch something! 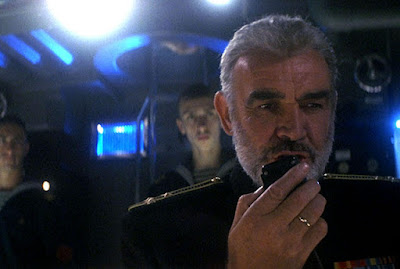 Personally, Red October came around in a great time in my life where not only was I becoming aware of my taste in movies, I was also becoming aware of the larger scope of our world. The end of the Cold War was coming, but for the 11 years of my life to that point it had shaped the world I lived in. I knew growing up that their were Russians and we were kind of at war with them for years, but I never really understood what that meant. Not only did Red October play to some of the things I grew to love (submarine movies), but it was one of the first times I remember being able to follow a more complex plot. I FELT smart watching it. I sat on the couch and my father and I watched it as equals. No longer was dad getting something out of a movie that I wasn’t; we were on equal terms. I was proud to watch it, and years later when I “rediscovered” it, I was very nervous that like so many other movies that I had watched in my youth, a certain magic that it had would disappear.

Red October still holds up for me now 26 years after its initial release. It helps you understand a complex plot and scenario just enough that you walk away from it feeling like you know more and you were entertained while doing it. It’s a political drama plot that landed a submarine movie in it, and added an action movie to the end. There are so many intense moments in Red October that you only get in something like a submarine movie. The long periods of quiet, the waiting and patience that it takes to build to tiny moments -- it makes something as sterile as driving a submarine seem like the coolest thing ever. There is a scene where a plane has shot a torpedo at the Red October and they are dodging it while in a deep water canyon that should be boring but it’s shot and paced in a way that even now watching it I still get anxious. The last few minutes Red October takes all the different story lines and themes and brings them all together. The murder mystery, the political drama, and the war movie all slam together at the end to make one kick ass 20 minutes with bullets and torpedoes flying. 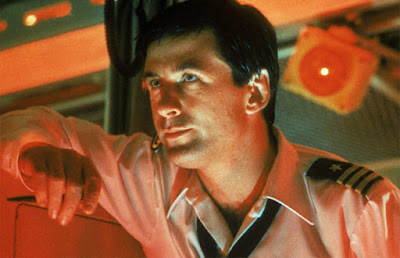 I’ve revisited The Hunt for Red October more times than I can count. It’s in my DVD collection and on cable at least a few times a year. Why am I so thankful for this movie? Because of what it’s meant to me. As I said earlier, Red October was a watershed moment for me growing up where I began to feel more confident in the movies I was watching. Not only was I maturing physically, but my taste in movies and what I expected from them began to change. Red October is my happy place. I’ve loved every moment I’ve spent with this movie and I’m so happy it exists. Every time I get to quote it, or something in the world reminds me of it, I remember how much I not only love this movie, but all the others in the genre.