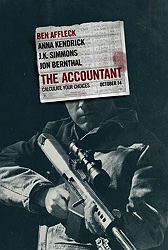 It's easy to see why developmental disorders and super-heroism are intrinsically connected in popular culture. Most superheroes are “enhanced” versions of humanity; they’re us, but with that one extra trait that makes them extraordinary. It’s that extra bit that helps them slay the dragons that consume the rest of us, that extra bit that makes us admire them. Through focus and training, they hone their supposed defects into strengths. It’s only natural for us to extend that same admiration to those on the spectrum: we celebrate Sherlock Holmes, Raymond Babbit, and Abed Nadir for bringing these disorders into the limelight in the service of good, and they’re just a few of the powerful, intuitive, and emotionally-intelligent characters who use their unique skills to help us learn more about each other and ourselves.

Christian Wolff, the ass-kicking number-cruncher played by Ben Affleck in Gavin O’Connor’s The Accountant, aims to be the next. He’s Bourne, Wick, and Reacher all rolled into a socially-awkward, Batman-shaped cocktail of pain. But while we might one day look forward to the continued adventures of The Pocket Protector, his first film fails to deliver on its considerable promise and falls victim to convoluted plotting and weak characterization. 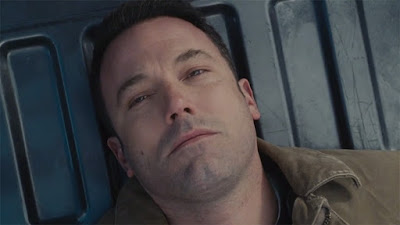 Christian Wolff has spent his whole life separated from others. His intense focus prevents him from leaving tasks unfinished and makes him prone to uncontrollable fits of violence. Foregoing traditional therapy, his father (a celebrated army officer) chose instead to immerse his son in the sensory hazards that were crippling him. Through discipline, he felt, he could overcome the challenges that doom many in his position to less-than-fulfilling lives. Today, Wolff runs a small accounting firm out of a strip mall in suburban Chicago, the medium-sized cherry on top of a quiet, unassuming existence. But U.S. Treasury Department chief Raymond King (J.K. Simmons) has spotted Wolff in photographs with some of the world’s dirtiest dealers and enlists analyst Marybeth Medina (Cynthia Addai-Robinson) to track down the mysterious shadow man. We soon learn that Wolff has parlayed his skill with numbers into a clandestine accounting operation for the world’s terrorists. His next assignment is uncovering a conspiracy within the Living Robotics company, run by billionaire Lamar Blackburn (John Lithgow), where a junior accountant (the fierce, radiant, and effervescently-perfect Anna Kendrick) has found evidence of fraud. Also, Jon Bernthal leads a squad of assassins who will become important for unrelated reasons later on.

The Accountant is a film at war with itself: sometimes it wants to be a thoughtful meditation on trauma, other times it wants to be an ensemble action thriller. Though we’re led to believe that Wolff has a clear and immovable moral code, we’re never quite sure what it is or who crosses it or when. Flashbacks highlight the most formative moments of his past (many of them extremely well-constructed), but it’s never clear how those memories influence what’s currently at stake. There’s an interesting thread about how we’re often too weak or ill-equipped to cross certain emotional or social boundaries, but that isn’t really paid off, either. Still another thread deals with family, another with romantic love, and a few with ethics and responsibility, but none of them fit together with any real sense of unity. We’re often introduced to conflicts after they’ve already been resolved, and there’s a third act exposition dump that brings the entire thing to a screeching halt. 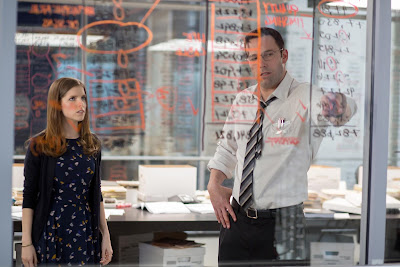 This is all the more frustrating because there are moments of genuine surprise, moments where the film plays with our expectations and then reveals something that surpasses them all. The action is brutal and smart (Wolff has his own distinct punch sound, a heavy thud that betrays his presence like the shark in Jaws). It’s well-shot (almost no shaky-cam, thankfully) and even plays with the frame a bit, giving us some insight into how Wolff sees the world. There’s a lot of strong, skilled filmmaking here, but the material never quite lives up to the design.

By far its greatest sin, though, is wasting a stellar cast. Affleck continues his Downey-esque rise from the Hollywood ashes, delivering a Christian Wolff who is clearly handicapped but never pathetic. He leans into his trademark oafishness in a big, friendly giant sort of way, which leads to some great moments. It would have been interesting to see how he navigates a world outside his comfort zone, but we never get there. It might have been fun to see his sexual tension with Kendrick’s Dana Cummings transform into some kind of lasting friendship, but we never get there, either. They’re both pushed to the side in favor of a federal investigation subplot that has absolutely no effect on the outcome of the story whatsoever. Simmons and Addai-Robinson do some quality acting, but their thread is the most mind-boggling waste of time in the entire film. There’s a moment of celebration in the last few minutes in which we genuinely need to be reminded what was at stake and what we’re supposed to be celebrating. John Lithgow’s role might have evoked his De Palma days with a bit of tweaking, but he (along with the great Jeffrey Tambor) are sorely underwritten and lack real story purpose. Jon Bernthal is having a lot of fun in his own direct-to-video action movie, but he doesn’t leave us with very much in this one. 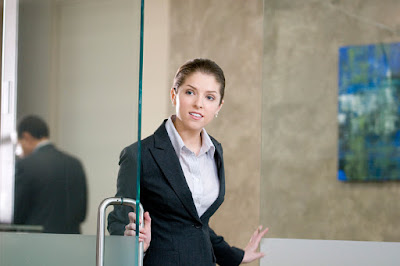 The Accountant will ultimately be remembered as a point along a very positive transition line from the Post-Bourne Era (era) to the Post-Wick Era (era) of studio action films. It’s slick and fun and full of all the belt-fu and headshots you could ask for. Wolff is brutal and calculating, which is great, but there’s not enough character here to excuse the poor plotting. The film’s core ideas are fumbled with indecisively, as if it’s trying to have its cake and your cake and then all the cake without finishing any of the cake. Not least of all its problems is that it never quite figures out what it has to say about autism or those affected by it. While the preceding two hours seem to advocate a head-first dive into the real world and all its punishing indifference, the film’s short coda embraces the touchy-feely therapy that Wolff’s father rejected to begin with. One scene suggests that Wolff has rid himself of his demons by embracing friends and family, but we’re not given any indication that those relationships will be maintained. The Accountant is never quite sure what it wants to say, so it ends up saying nothing at all. Perhaps what the film really needed was a stronger focus on Anna Kendrick, or maybe even Anna Kendrick.