Martin Scorsese’s essential documentary has recently been expanded, making it more impressive than ever.

You’d be hard-pressed to find a more elusive figure in pop culture than Bob Dylan. Once dubbed the mouthpiece of a generation, the music icon made headlines recently when he was awarded the Nobel Prize for Literature, but he’s made even bigger headlines by blowing off a shindig with the President of the United States at the White House as well as the Nobel Prize award ceremony in Stockholm. No one should really be surprised by Dylan’s aloof behavior; he’s been the exact same guy for the past fifty years. If you look up Bob Dylan in the dictionary, all you’ll see is a question mark next to his name followed by a few suggestions of who Bob Dylan MIGHT be. No one knows the real Bob Dylan, only that he’s a musical master of reinvention, a shape shifter, and a man who has spent his entire lifetime trying to separate himself from whatever WE think he is. He rarely gives interviews, and when he does, you have to question the truth of every word that comes out of his mouth.

All of these are reasons to celebrate and pay close attention to the recent “10th Anniversary Edition” of Martin Scorsese’s award-winning documentary Bob Dylan: No Direction Home. With a newly-expanded bevy of interviews and some insight from Scorsese himself, we can forgive that the film was actually released 11 years ago, or that the new features on the Blu-ray don’t offer any new insight from Dylan himself, but instead flesh out stories from some of the other people who contributed to this work. No Direction Home debuted on television in 2005 over two nights and quickly became the “official” Dylan documentary for having something that no other Dylan doc does: extensive interviews with Bob Dylan himself, shot just for this film, looking back on his career and his decisions. 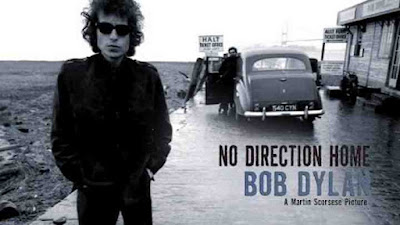 Yet perhaps even more important than these interviews are the ones that are less vaunted and news-worthy. I’m speaking of interviews that were conducted with key members from Dylan’s early sixties inner circle. I say they’re more important than what Dylan has to say because Dylan himself is a master of self-mythologizing and creating his own story, regardless of if it’s true or not. When asked about his high school love life, he’s vague, saying that he wasn’t especially romantic but that he does remember the first few girls he went out with. The second girl he dated in high school was named Echo, he tells us. The second one was Echo? Really? Seems a little too cute to be true to me, but who knows. Anything Dylan says must be taken with a grain of salt. It becomes much more interesting to listen to those who have shared the spotlight with him for a time and who might have seen behind the veneer.

There are other documentaries on this subject that interview people with whom Dylan attended school or played with in a band, but No Direction Home is an embarrassment of riches when it comes to valuable contributors and genuine icons in their own right. Many of these interview subjects are worthy of a feature documentary themselves. We get Allen Ginsberg, one of the most famous writers of the Beat Generation and the subject of the film Howl. For many years, Dylan and Ginsberg were commensurate in their intellectual appreciation of each other, and Ginsberg was one of the few people that Dylan admired for longer than a cup of coffee. We get Dave Van Ronk, folk and blues icon of Greenwich Village, the so-called Mayor of MacDougal Street. If his name doesn’t ring a bell, you be more familiar with his story. His personal experiences and first-hand accounts of the early folk explosion in New York during the early 1960s served as the basis for Oscar Isaac’s character in the Coen Brothers film Inside Llewyn Davis. His 1964 breakthrough album was even called Inside Dave Van Ronk. It’s worth mentioning that neither Ginsberg nor Van Ronk would live long enough to see this documentary completed, which makes their contributions even more impactful. No one can tell the stories when the storytellers have all gone. 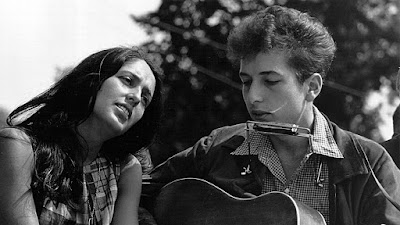 Last but certainly not least, the film features the involvement of Joan Baez, a folk icon in her own right and one of the few women who has shared a life and a bed with Bob Dylan and is able to see through his many masks, even if only in retrospect. Baez offers the most disarming and laugh-out-loud funny observations about Dylan’s personality, his muse, his ego, and his inability to stay in one place for very long. I watched this documentary back in 2005 and developed a huge respect for Baez, but watching her again for this 10th Anniversary package has me even more impressed with her ability to cut straight to the truth of a matter. Every interview, especially the lengthy ones that are presented uncut as bonus features, are like little gold mines. Forget Bob Dylan; the stories from Van Ronk, Ginsberg, Baez, even folkies like Pete Seeger, are evocative of a time and a place in American history that feels closer than it ever has. These poets and performers who poured their hearts out for a few dollars a night on the cold streets of New York speak about civil rights, fear of the future, and a disillusion with our political leaders like no time at all has passed. Maybe it hasn’t, and the lessons they learned the hard way are more valuable than we realize.

The film itself is full of footage that was scoured from the archives of Bob Dylan’s “offices,” whatever that means. We get to see lots of live footage of Dylan and witness his evolution from a naïve young folkie from Minnesota to politically-active spokesperson for a generation, and lastly to a jaded, burned-out, skeletal rocker who sneers his lyrics with sarcasm and threat while half the crowd boos and half the crowd watches in awe. We see his self-mythologizing in action from archival footage as he answers questions from radio show hosts and the press about where he is from (out west, the circus) while at the same time shrinking in horror from the attention that he seems to crave but doesn’t necessarily want. Scorsese does a marvelous job at showing the duality of the man and the performer. 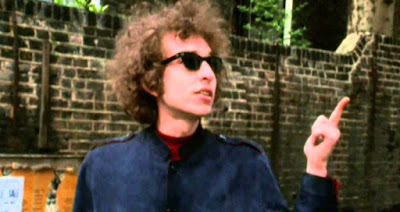 With all the praise I’ve heaped onto this film, it’s weird to say that scope is one of its weaknesses. At well over three hours, there should be plenty of time to tell the story at hand. After all, Scorsese chooses to end the tale in 1966, the year many music fans consider to be Dylan’s peak, when he burned brightest and then disappeared from the public eye after an alleged motorcycle accident. When Dylan emerged from seclusion a year later, he was unrecognizable in both appearance and musical style. 1966 is a natural cap to the story, and yet the film seems to barely be able to cover all the information at hand. John, Paul, George, and Ringo had the benefit of The Beatles Anthology, which allotted about 10 hours to their story. With all the meat that this Dylan doc tries to chew (civil rights, the beat scene, folk music, emerging pop music, the birth of folk-rock), it’s just too much for the running time. One begs for an even further expanded version that offers another hour. One also begs for further films that serve as a continuation to the story, picking up after the motorcycle crash and bringing us closer to the present day. For all the ground this documentary covers, there’s just not enough of it to tell the story adequately.

This is not Scorsese’s fault. While he is the director, he didn’t spearhead the project form its inception. It appears to have been the brainchild of either Dylan’s “offices” (there’s that word again) or Dylan himself. This came out around the same time that Dylan’s “autobiography” Chronicles was released and topping the bestseller charts. I put “autobiography” in quotes because even that book seems to have been an artistic result of Dylan’s clever mind; it was later discovered that entire passages were lifted in homage from other works that must have influenced Dylan. You think you’re getting the truth but you’re really just getting more questions. This appears to have been something of a visual companion piece to his book, at least in conception. At any rate, by the time Scorsese was approached for this documentary, Dylan had filmed 10 hours of interviews with his manager Jeff Rosen, and I believe it was Rosen who interviewed most of the other contributors to the film. The benefit of this is that we get a Dylan who is loose and playful, though not necessarily baring his soul. The down side of this is that there is no Barbara Walters “Come to Jesus” moment where someone breaks down into tears over a realization or memory. Scorsese, in the supplemental interview on the disc, admits that the offer to direct this film and assemble the footage into a cohesive story was too much to refuse, even though he had other projects that were closer to him. You can tell that he has passion for the subject matter even though he didn’t necessarily conceive the film. You can usually spot a project that Scorsese really believes in. I can’t help but feel like he took the job of directing this because NOT taking it would mean that someone else got to do it. 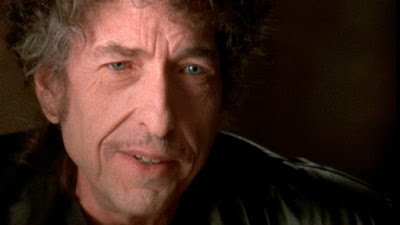 If you want an honest, fly-on-the-wall look at who Bob Dylan was during this time, you’d be better served by D.A. Pennebaker’s 1967 documentary Don’t Look Back. Pennebaker followed Dylan on his 1965 tour of England and utilized tiny cameras to make himself unobtrusive, catching Dylan in candid moments of inspiration and drug hazes that reportedly made the musician feel completely exposed and horrified at how he was portrayed. As a result, Dylan put up walls that still haven’t come down, meaning no one will ever get as close to the real Dylan as Pennebaker did. Scorsese’s documentary offers something entirely different: Dylan looking back at his formative years with a twinkle in his eye and a wink at the camera, while a whole host of Dylan’s peers, influences, and mentors discuss their real feelings about a man they once knew who called himself Bob Dylan.