No, watching these streaming titles won't help you prepare for the Oscars. But they will make you a cooler person. 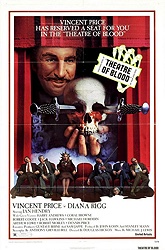 Theatre of Blood (1973, dir. Douglas Hickox) The Academy Awards are happening this weekend, making it the perfect time to watch Vincent Price as a frustrated actor take bloody revenge on the critics who have wronged him. Expect Natalie Portman to do the same! Like The Abominable Dr. Phibes (which is really the exact same movie), there are a few too many revenge sequences because they start to repeat themselves after a while. But Price is having such a good time and is going so big and the movie is so funny and (at times) bloody that it's a blast to watch. And no one from Price Waterhouse will break in to interrupt your fun. (Watch on Hulu) 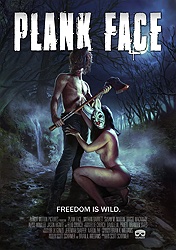 Plank Face (2016, dir. Scott Schirmer) I reviewed this one when it was released on Blu-ray in late September of last year and thought it was a cool examination of the "backwoods murderer" subgenre of horror told from the point of the view of the backwoods murderers. I really like what Scott Schirmer and Bandit Motion Pictures are up to, and between this and Harvest Lake (also released last year), I'm super interested in whatever they make next. Unfortunately, Amazon Prime Video has decided they no longer wish to carry some titles they feel contain questionable material so they're pulling both Bandit films as of March 1. Watch them while you still have the chance.(Watch on Amazon Prime Video) 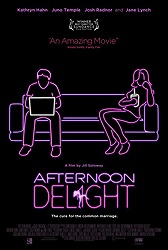 Afternoon Delight (2013, dir. Jill Soloway) If the Oscars were really paying attention, they would have nominated Kathryn Hahn's incredible performance in this otherwise-decent comedy drama a few years back. The movie, about a woman who takes in a stripper (Juno Temple, of course) and sees her life and marriage turned upside down. Hahn is one of those actors who makes everything in which she appears better, and this is both her best role and her best performance to date. It's free to watch (with ads) on Vudu. (Watch on Vudu) 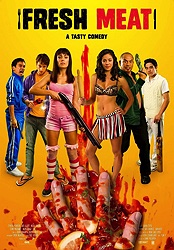 Fresh Meat (2013, dir. Danny Mulheron) I just discovered this one for the first time while researching and watching a bunch of cannibalism comedies for a piece I was writing, and it was the gem of everything new that I saw. It's a New Zealand horror comedy about a teenage girl (Hanna Tevita, who I would now gladly watch in anything) who comes home from boarding school to discover that her family have all become cannibals right at the same time that they're all taken hostage by a crew of thieves hiding out from the cops. There's some sociopolitical commentary about the Maori in New Zealand, some sweet romance stuff, a couple big laughs and a lot of blood. Temuera Morrison steals the movie in a very funny performance as the pretentious patriarch. Do not be fooled by the terrible poster art, which completely misrepresents the movie (the bikini top, while it does make an appearance, is particularly egregious). I'm happy to see that Shudder has now picked it up. (Watch on Shudder) 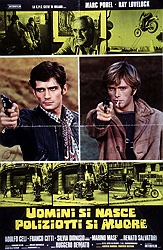 Live Like a Cop, Die Like a Man (1976, dir. Ruggero Deodato) There are buddy cop movies and there are buddy cop movies. This is the latter. Ruggero Deodato's poliziotteschi classic (written by no less than Fernando Di Leo) not only boasts one of the greatest titles in the history of movies but is more macho than a jar of dick sweat, more sexist than the GOP and, to borrow a phrase from Patton Oswalt, more homoerotic than eight guys blowing nine guys. In short, it's one of the greatest things you'll ever see. (Watch on Fandor)
Posted by Patrick Bromley at 12:00 PM