Rob and Adam are off this week, so we’re running a classic episode that originally aired in February 1987. Enjoy!

Adam: On this week’s special episode, Rob and I predict the future of movies - what’s going to be righteous and what will gag me with a spoon. I’m Adam Riske.

Rob: And I’m Rob DiCristino, ready with the spoon.

Tom Hanks had a busy year in 1986 with The Money Pit and Nothing in Common. He’s stars with Dan Aykroyd in the upcoming big-screen adaptation of Dragnet. I think there’s more to the guy than what we’ve seen, so I’m going to use my first prediction to say that Tom Hanks is going to become a big box office star and probably win an Oscar or two before it’s all said and done. The public likes him and I like him too. Will he break out in 1987? Perhaps. But I’m more willing to bet he’ll have a BIG year in 1988.

Rob: Sorry, Adam. I just don’t see it. He’s a goofball actor with limited range and no sex appeal. My money’s on Matthew Broderick, the young star of Ferris Bueller’s Day Off. He just exudes confidence and masculinity, and I think we’re going to see big things from him as a leading man in the future.

Adam: Matthew Broderick? I just don’t see it. Maybe in supporting roles or on stage. He’s got Project X coming out in April which I barely think will make $3.5 million more than its budget. But that’s just a wild guess. I don’t have a crystal ball. And more sex appeal than Hanks? Clearly not, as we’ll learn when I take the question to our live audience.

Adam: You look like someone who has sex. Would you rather do Tom Hanks or Matthew Broderick?

Audience Member: Barf me out! Broderick?

Adam: There you have it, Rob. 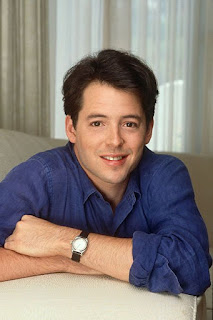 Rob: Speaking of hot sex, my first prediction is for the Star Trek film franchise, which returned with a vengeance in 1986 with The Voyage Home. Leonard Nimoy’s brisk direction and the film’s welcome mix of science fiction and comedy breathes fresh air to the long-running space adventure series, pushing it far outside the purview of the small screen forever. I have every confidence that they’ll continue to innovate throughout the 1990s, and I look forward to what William Shatner and company do next.

Adam: With Shatner in the command chair, I bet he’ll nearly kill the franchise. Let’s ask a member from our audience. Young man, what do you think will be the future of the Star Trek franchise?

Adam: I’m ready for my next prediction, Rob. That baby, Alexandra Daddario, is going to become a star! Do your thing, cuz!

Rob: Now you’re just being ridiculous, Adam. This is outrageous. Look at that baby! She can’t even feed herself! A star!? Stars can feed themselves, Adam. And they don’t cry or wet their pants.

Adam: Then you’ve never spent a weekend with Tom Berenger. He’s grody to the max.

Rob: Let’s talk about Eddie Murphy. The Golden Child was a critical disappointment, signaling a downslide from the comedy star. It’s a tasteless, unfunny film that may have destroyed his career forever. Your thoughts on Murphy’s future?

Adam: Just a guess. Nothing more.

Rob: And now, a commercial break!

Rob: Welcome back! Let’s shift to this year’s Academy Awards, where the field of potential winners is as competitive as ever! This year’s nominees for Best Picture include Hannah and Her Sisters, A Room with a View, Children of a Lesser God, Platoon, and The Mission. All fine films! Every one of them sure to be a household name for years to come! Adam, what’s your pick for Best Picture?

Adam: That’s boring, Rob! Instead, why don’t we ask our friend Hoot, the spotted owl?

(Adam holds out his arm and Hoot lands on it. Crowd oooh’s/ahhh’s)

Adam: Hannah and Her Sisters?

Adam: A Room with a View?

Adam: There you have it folks! A Room with a View, according to Hoot. I think he’s wrong and it will be Platoon. Rob, do you think this will be the year for Paul Newman to finally receive an Oscar?

Rob: No idea, but the man makes a damn fine salad dressing. Care for some?

(Rob offers Adam a bite of his Caesar salad) 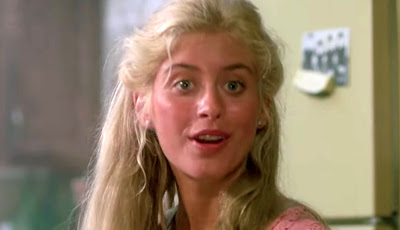 Rob: There are two things I know about America, Adam: they love adventures, and they love babysitting. Only one film has both.

Adam: 2) What will the Ishtar legacy be 30 years from now?

Rob: Look, sometimes Warren Beatty owes you a favor. What you do with it is your business.

Adam: 4) How many Bond movies will Timothy Dalton star in (including this year’s The Living Daylights)?

Rob: Dalton is forty years old at the moment, which, judging by Roger Moore’s run, means he can play Bond well into the 2020s. Eleven.

Adam: 5) Kirk Cameron makes the leap from TV’s Growing Pains to the big screen with Like Father Like Son later this year. How many Oscars do you see in this young man’s future?

Rob: Two. No. Three. Wait, which one is Christian Slater?

Adam: Join us next week when Rob & I review Mannequin, the new romantic comedy with Andrew McCarthy where he weighs the moral quandary — “Should I fuck it?” Until next time…

Rob: These seats are reserved.
Posted by Patrick Bromley at 1:30 PM