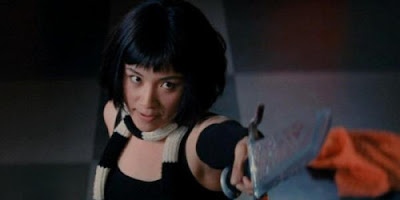 “Steal my boyfriend — taste my steel.”

We don’t have time to get into how awesome Edgar Wright’s Scott Pilgrim vs. The World is. We just don’t. There’s simply too much to take on all at once without risking some kind of sprain. We can’t do it. Alright, if you insist. But it’s safer to break it down into smaller, more manageable segments of awesome and approach each one from an appropriately cautious distance. Wallace Wells, for example, or the song “Threshold.” What about Ramona’s hammer or Lucas Lee’s stunt doubles? See what I’m saying? One at a time. Anyway, Scott Pilgrim’s genius is such that any one of these bits is ripe for individual dissection and analysis, not least of all the characters who help and hinder Scott as he battles his way through the League of Evil Exes to capture Ramona’s heart. While we could talk for hours about his epic showdowns with the likes of Gideon Graves and the Katayanagi Twins, there’s a much more critical, much more personal war being waged in the background – Knives Chau vs. Herself. 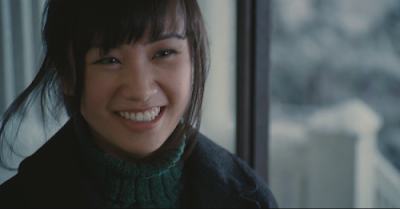 For the uninitiated: Scott Pilgrim (Michael Cera) is Dating a High Schooler, seventeen-year-old Knives Chau (Ellen Wong). Knives may be tiny in stature, but she’s enormous in spirit. She thinks her new bass-playing boyfriend is the coolest, and even though each of their interactions teeters on the edge of a felony offense (Scott is twenty-two), Knives thrusts herself head-first into the exciting new world of hand-holding and fan-girling. She comes to every Sex Bob-Omb practice and quickly learns the ins and outs of Toronto’s indie music scene. But despite her chipperishness — her chipperocity? — Scott is hesitant to commit fully to his Fake High School Girlfriend, seeing her merely as an opportunity to get over Big Ex Envy Adams (Brie Larson), the girl who kicked his heart in the ass.* Try as Knives might, Scott’ll never take her that seriously. She’ll never be as important as Envy or as cool as Ramona Flowers (Mary Elizabeth Winstead), the American girl who literally rollerblades straight out of Scott’s dreams.

And so he dumps her. Knives takes it poorly. She overreacts. Maybe she stalks him a little; that’s up to you to decide. That Knives reacts emotionally isn’t the issue here, but rather how we interpret that reaction outside of the context of Scott himself. Because — as even the cast and creators of the film have posited — he’s essentially a textbook example of an unreliable narrator. The supporting characters in this film are way more fixated on Scott (and Scott is way more fixated on himself) than any self-respecting person would be otherwise. People like Envy and Kim (Alison Pill) seem to exist entirely as extensions of their shaggy-haired ex, and that’s largely by design. Scott is self-obsessed, immature, and short-sighted, so it stands to reason that a narrative driven by his dreams and hallucinations would occasionally reduce People Who Aren’t Him into shallow caricatures. That limitation distorts and consumes most of the people in his life, but not Knives. Knives is not about that. Knives cuts back.** 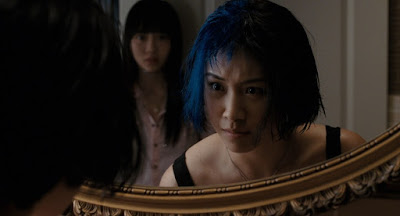 Not right away, of course. Her self-pitying shame spiral goes the same as yours or mine would: She dyes her hair (“You should rinse”), dates Scott’s friend (the great Johnny Simmons as Young Neil), and shows up uninvited in public (“I just came to see your show”). Her directionless rage catapults her into the Chaos Theatre, where she seeks revenge on Ramona for “stealing” her boyfriend. Combine these factors — plus the added tint of Scott’s point of view — and she may seem a bit unhinged. The same audiences that accuse the film of reducing Ramona to a Manic Pixie Dream Girl would object to this equally reductive and almost crass treatment of a character who was so clearly wronged. But that’s not what Scott Pilgrim is doing. It’s not punishing Knives or making fun of her. It’s just putting our Secret Hero through a series of Secret Hero Trials. Knives’ journey isn’t to earn Scott’s love, she realizes, but rather The Power of Self Respect (albeit without the cool flaming sword). It’s only when Knives stops diminishing herself (cooing over Envy Adams, making Sex Bob-Omb t-shirts), that she finally realizes it. 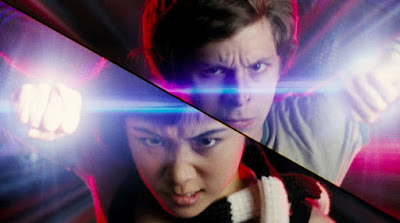 Rumor has it that test audiences universally rejected Scott Pilgrim’s original ending, in which Scott lets Ramona go and heads off into the Canadian sunset with Knives. It’s almost mind-blowing how right that note ended up being and how smart Wright and his team were to go with the ending we eventually saw. Aside from doubling down on the creepiness of their relationship (he’s still twenty-two and she’s still seventeen), the original ending misses the emotional mark because it sells Knives so damn short. Scott may have learned the error of his ways and realized what a good team the two of them make, but that doesn’t mean that ending up together is the best thing for either of them. Scott’s still an insecure mess with baggage to spare, and he’s way better off taking an exploratory trip down the Subspace highway with Ramona^ than being a teenager’s first boyfriend. The high-kicking, sai-wielding, blog-reading Knives — as she so gloriously notes in what might be the film’s best line — is too cool for Scott, anyway.

*I’m doing my best not to paraphrase the entire film, but it’s really hard.

^This isn’t as dirty as it sounds.