With #Junesploitation ending, things are getting back to normal with this week's streaming recommendations. You're either really happy or really sad about this. 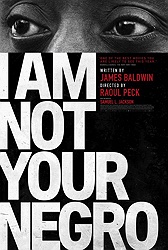 I Am Not Your Negro (2016, dir. Raoul Peck) One of last year's best documentaries tells just a part of America's racist past through the words of author and activist James Baldwin and his memories of the Civil Rights movement. Presented in archival clips and interviews (with narration by Samuel L. Jackson), I Am Not Your Negro is powerful, sad and often times rage-inducing, particularly when watched against the backdrop of pretty much every news story coming out now regarding people of color. This movie is essential viewing. (Watch on Amazon Prime Video) 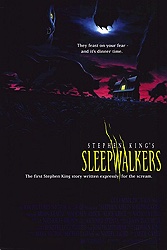 Sleepwalkers (1993, dir. Mick Garris) Because they can't all be sociopolitical history lessons, I'll also recommend my favorite Mick Garris movie: an underrated (in its time, at least) example of '90s horror at its most deliriously unhinged. The first original screenplay by Stephen King features incest, giant cat people and death by corn cob. In short, it's a blast. Watch it and form your own opinion on the great Mädchen Amick v. Alice Krige debate being waged daily behind the scenes at FTM. Spoilers: both sides are right. (Watch on Crackle) 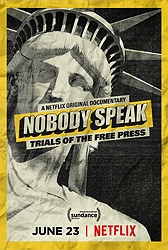 Nobody Speak: Trials of the Free Press (2017, dir. Brian Knappenberger) This documentary, which played Sundance earlier this year before debuting on Netflix (continuing the streaming service's trend of snagging high-profile titles) covers the lawsuit and subsequent trial of the website Gawker after they published part of the Hulk Hogan sex tape. Then, in the last 20 minutes or so, it shifts gears completely to talk about the larger concerns facing the press in the Trump era (fuck him, he doesn't get the extra "era"). Both documentaries are interesting and valid and there's certainly some obvious crossover, but little attempt is made to bridge the two sections. I still think the movie is worth watching for some of the questions it raises, if only because it reminded me that I, like many, was in the wrong when I was happy to see Gawker go down. We shouldn't get to dictate which media stays and goes because we don't like what they say or how they say it. (Watch on Netflix) 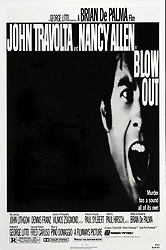 Blow Out (1981, dir. Brian De Palma) Only one of the best movies ever made. Brian De Palma is one of my favorite filmmakers and this is, I still think, his greatest movie -- the one in which he's working at the height of his powers, making a perfect thriller that still resonates as a personal statement on voyeurism and loss, two obsessions that constantly find their way into the director's work. It also contains what I maintain is John Travolta's best performance and a final set piece that's perfect to watch this Fourth of July weekend. Trust me. (Watch on Hulu)
Posted by Patrick Bromley at 12:00 PM

Email ThisBlogThis!Share to TwitterShare to FacebookShare to Pinterest
Labels: blow out, documentaries, i am not your negro, i stream you stream, netflix instant, nobody speak